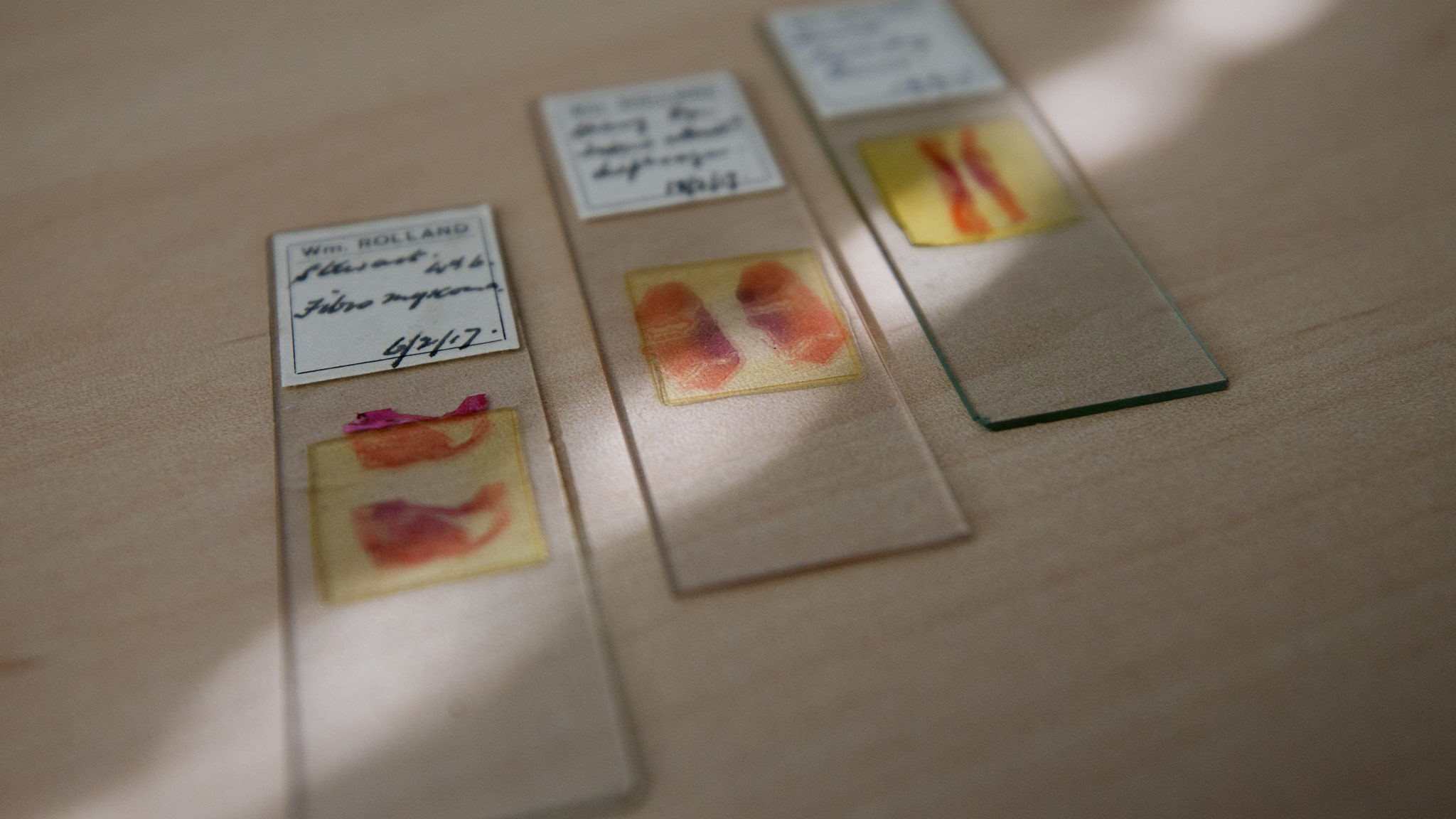 SLIDES OF HUMAN TISSUE AT THE UNIVERSITY OF ARIZONA TAKEN BY BRITISH MILITARY PATHOLOGIST WILLIAM ROLLAND A CENTURY AGO. (MAMTA POPAT FOR STAT)
In 1917, the year before the start of the Spanish flu, a British military doctor named William Rolland wrote a report about soldiers who contracted an unusually fatal respiratory illness. Nearly a century later, armed with that report, evolutionary biology professor Michael Worobey tried to track down the doctor’s descendants to see if any of Rolland’s samples might still be lying around. He found a possible contact and fired off an email — and within hours, he got a response from a relative who had a collection of human tissue slides Rolland handed down through the generations. “I almost fell out of my chair, for real,” Worobey recalls. “I actually did cry real tears.” Those slides could now help rewrite the history of the 1918 Spanish flu. STAT’s Helen Branswell has more in a fascinating story — read here.
Publicado por salud equitativa en 7:15