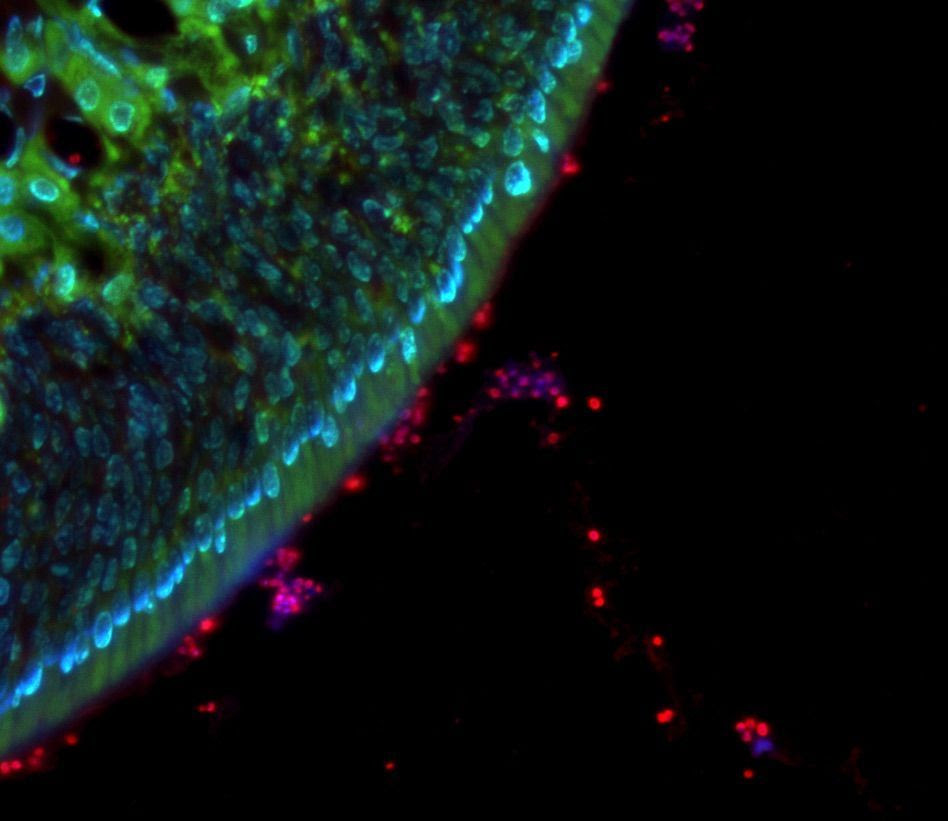 STREP BACTERIA, IN RED, COLONIZES THE SURFACE OF AN AIRWAY. (NYU SCHOOL OF MEDICINE)
Scientists have discovered that some bacteria that set up shop in tissues first have a better shot at beating out bacterial competitors that later try to invade the territory. Here's what Dr. Jeffrey Weiser of NYU School of Medicine told me about the finding, published in Nature Microbiology.
What did you see bacteria doing?
It’s been widely observed in studying animals from butterflies to birds to deer that whoever occupies a territory keeps out intruders. We found that bacteria do the same thing. The bacteria that we studied, Streptococcus pneumoniae, do that by sensing the size of their population. When it reaches a certain level, they express genes that prevent competitor bacteria from intruding on their territory, which in this case is tissue in the upper respiratory tract.
What does that tell you?
This provides us some new insight into how bacteria compete with each other. Almost all of our antibiotics come from understanding microbe competition.
Publicado por salud equitativa en 13:29