Open Enrollment Trends: Selected HealthCare.gov Statistics prior to the January 1, 2016 Coverage Deadline, December 22, 2015
Since Open Enrollment began on November 1, millions of Americans have learned about the financial help available and selected quality plans through the Marketplace for 2016. While six weeks remain before the final deadline, early consumer behavior and enrollment trends are beginning to surface. The following charts provide a preliminary analysis of plan selections ahead of the deadline for January 1 coverage through the HealthCare.gov platform.
As a reminder, Open Enrollment for 2016 coverage (OE3) began on November 1 and runs through January 31. Consumers who wanted coverage to start on January 1, 2016, needed to enroll by December 15. Due to unprecedented consumer demand in the days leading up to December 15, CMS extended the deadline for January 1 coverage to December 17 for the 38 states that use HealthCare.gov. Last year, Open Enrollment for 2015 coverage (OE2) began on November 15 and ran through February 15.
Nearly 6 Million Plan Selections Nov 1 – Dec 17. Through the deadline for January 1, 2016 coverage, almost 6 million people signed up for health coverage through HealthCare.gov, compared to last year when about 3.4 million had signed up by the first enrollment deadline. Of the nearly 6 million total consumers already enrolled for 2016 coverage, 2.4 million are new consumers, compared to 1.8 million new consumers in the same period for OE2.  Note: None of the OE2 and OE3 figures reported in this document include individuals auto-enrolled for January 1 coverage.  Nor do they include plan selections in the 13 State-based Marketplaces that use their own technology platform.
Chart 1: Plan Selections Continue to Grow: More new and more returning consumers. 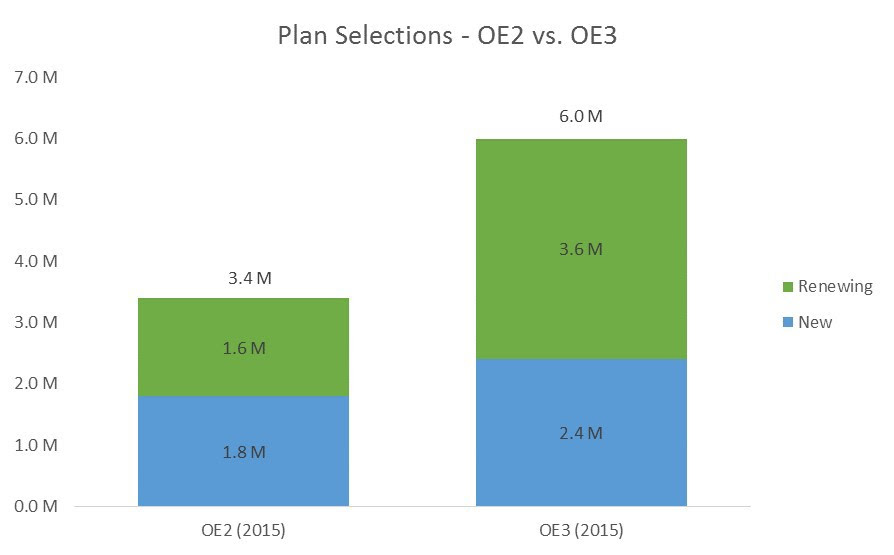 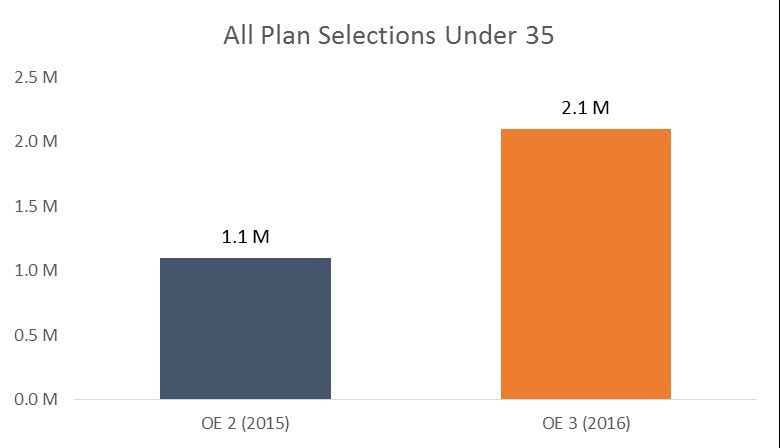 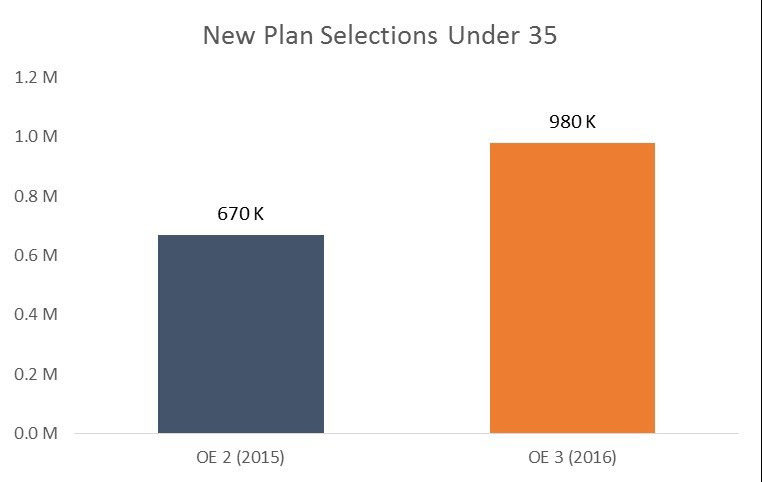