#RefugeesWelcome: A Son and Father Talk about Being a Refugee and a Citizen

#RefugeesWelcome: A Son and Father Talk about Being a Refugee and a Citizen 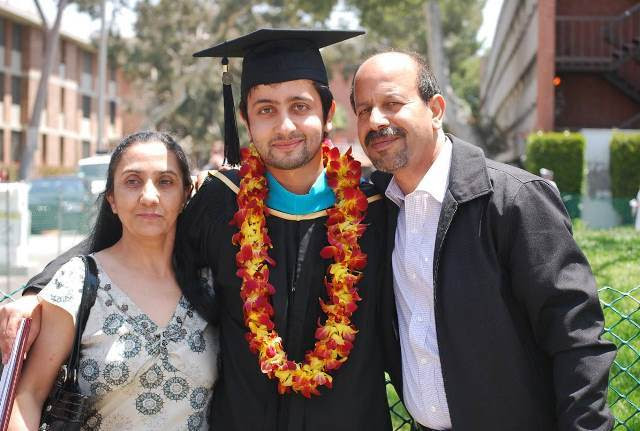 Naweed Lemar, an employee at the U.S. Department of Health and Human Services, talked with his father, Hashim, about becoming a refugee from Afghanistan. Naweed interviewed his father in his native Dari language and composed the following blog. Both of Naweed’s parents are now U.S. citizens.
Hashim: Living was dangerous in Afghanistan when the Soviet Union invaded to spread communism. I was against communism, and if you spoke badly about the communist party, they would jail you--if you were lucky. Kill you if you weren’t.
I worked at a printing company before the communists seized it. After this, I began working with the Mujahideen [American-backed rebels] to fight communism. I was part of a network that wrote and distributed pamphlets informing citizens of the bad things communists did and what they had planned for Afghanistan.
In 1982, three years after the invasion, there was a lot of pressure on me to get out because of crackdowns on dissenters. I walked from Kabul through the mountains and forests of Afghanistan, before finally arriving in Pakistan for safe haven.
Naweed: Growing up, my parents encouraged me to focus on my education so that, one day, I could live a better life than they did.
I rarely saw my father as he was always working--from 5 a.m. until 11 p.m., often every day. Money was very tight growing up. I remember seeing kids wearing fashionable clothes in high school while I wore my older brother’s hand-me-downs. For the first 18 years of my life, my birthday present--when I got one--was always a pack of Bazooka Joe bubble gum.
I used what I considered the hardships I endured as motivation to work hard in high school and get admitted to UCLA.
READ MORE: #RefugeesWelcome: A Son and Father Talk about Being a Refugee and a Citizen