A fight that is changing America to a pro-life Nation 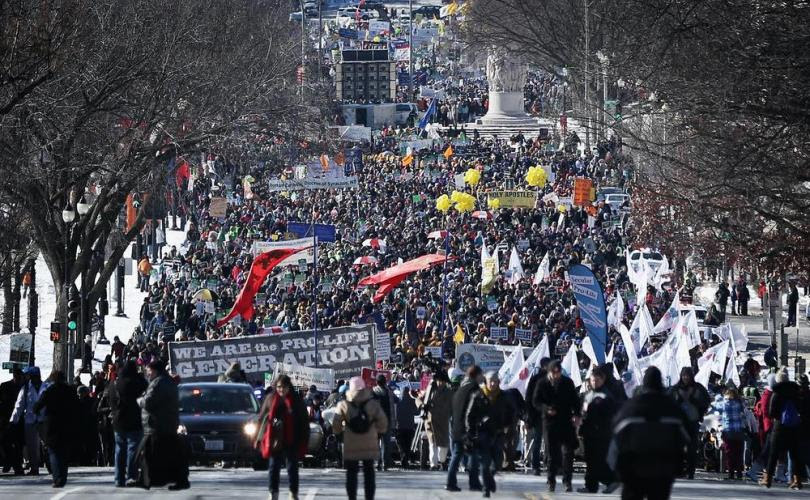 From our Observatory, we are following the evolution of public opinion in the U.S. on the issue of abortion. We quoted an article we published in 2016 “better part of almost three decades, public opinion polling has consistently shown an increase of Americans opposed to elective abortions”.
Two opposing positions divide public opinion: pro-choice and pro-life. Both have a political projection that has played a decisive role in many presidential elections, and indeed analysts have said that the current President, Donald Trump, arrived at the White House thanks in large part to the support of pro-life movements.
In this respect, the current Administration has taken measures and presented many bills defending the nasciturus (see HERE the last 5 articles on this matter).
Some measures implemented during Trump’s Administration:

The next step appears to be definitive: re-election or not

Today an article published in The Guardian (UK) affirms, “In the coming year, the anti-abortion president, Donald Trump, faces re-election, and a conservative supreme court will take up its first abortion case, with potentially far-reaching consequences for a woman’s right to choose in America.”
“Abortion is also a repeat topic in Trump’s speech, his rhetoric often goes beyond what even the anti-abortion movement could have hoped for from past Republican candidates”, the author says.
But pro-choice activists are also continuing to fight, with protestor Loretta Ross declaring that, “We just have to keep on fighting the same way black people have to keep on fighting for voting rights for 400 years.”
The article concludes that “Supporters and activists on both sides of the divide – pro-choice and anti-abortion – are braced for a titanic fight that could change the face of abortion access in the States.”
Our Observatory welcomes the progress made in defense of the unborn, thanks to the awareness and courage of many Americans.