One of the culprits, or scapegoats, is Airbnb 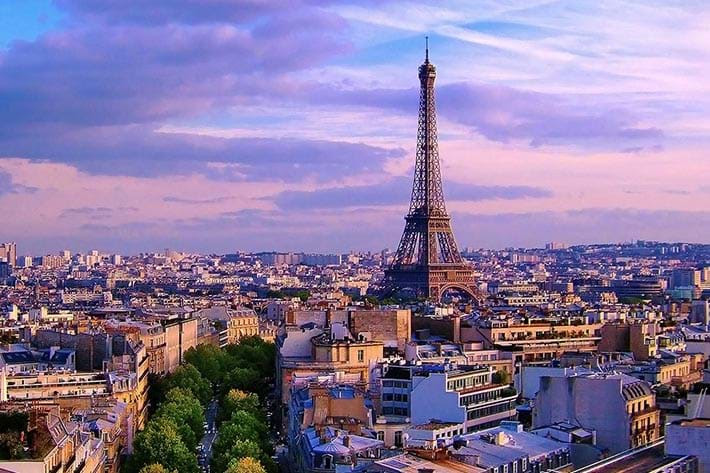 The city of Paris is home to about 2.2 million people and is the largest in France. However, in the five years to 2014, the city’s residential population dropped by 13,000, a relatively small decline, but one that has led some of the city’s leaders to start blaming an unlikely source, Airbnb.
For those who haven’t used Airbnb before, it is a website that allows private residents to put their property up for short term rental and for travellers to book a private property for their holiday (rather than a hotel). We’ve used the website a bit ourselves and have found it a boon for travelling with children – you can generally get a larger apartment or house than a hotel at a cheaper rate. You also often get to interact with the property owner – we’ve had some very helpful owners who have given us advice about the city that they live in.
Paris, as one of the most popular tourist destinations in the world, has many, many listings on Airbnb. In fact, with around 65,000 listings on the website, it is currently Airbnb’s biggest market. This has lead the Mayor of Paris’ 1eme arrondissement, Jean-Francois Legaret to call Airbnb “a catastrophe for central Paris”. Why? Because short term rentals are more profitable for landlords than renting out to long-term tenants who pay monthly. Landlords thus reserve their apartments for short-term rentals and prevent their properties from being occupied by longterm tenants.
Of course, there are many other currents swirling around that might also account for some of the blame thrown at Airbnb. Parisian hotels consider Airbnb “an illegitimate competitor” that allows landlords to avoid taxes and set up “illegal hotels”. Last year city authorities reached an agreement with the company whereby it collected a 83 euro cents a night tourist tax on each night’s stay. (Paris has not gone as far as other cities which have banned landlords renting out apartments short term (Berlin) or has fined residents who rent out their apartment short term without living in the apartment themselves (New York)).
In many respects Airbnb is an easy target for blame. It is able to be taxed and the other causes of Paris’ population decline identified by the National Institute of Statistics and Economic Studies of France (lower birthrates, increase in deaths and higher living costs in the city) are much harder to tackle.

A Presidential commutation for Bradley/Chelsea Manning has created a storm of controversy. From a political point of view, it’s a complicated case. Manning pleaded guilty and accepted full responsibility for his/her actions. The documents endangered American lives – so he/she is a traitor. But they also revealed abuses of prisoners, showed a helicopter gunship killing innocent civilians in Bagdad and gave information on Guantanamo detainees – so he/she is a whistleblower.
In prison Manning tried to transition to a woman. Only after years of legal battles and two suicide attempts did authorities permit it. So pardoning him/her is smart transgender politics. But his/her 35-year sentence was far more severe than other whistleblowers received – so there is a case for mercy.
The shortened sentence sends two clear messages to the public. It trivialises the oath of secrecy and the importance of protecting national security. And it is a big fillip for the cause of transgenderism. Instead of languishing in prison as a traitor, Chelsea/Bradley will become a transgender celebrity.
But nearly all presidential pardons and commutations have been controversial and they always will be. The lucky recipients are, by definition, criminals. Releasing them from jail always risks trivialising the offence.
Richard Nixon pardoned the notorious gangster Jimmy Hoffa and William Calley, who had been convicted of murdering 22 unarmed Vietnamese civilians in cold blood. And then Gerald Ford pardoned President Nixon – which was probably the most controversial pardon of all.
And Bill Clinton pardoned his own brother, who had been jailed for possession of cocaine – sending a terrific message about the war on drugs.
So, while it’s tempting to wag the finger at President Obama for being soft on espionage and military discipline and coddling transgenders, it’s all part of American politics. The only Presidents who took a hard line on crime and pardoned no one were William Henry Harrison and James Garfield, both of whom died soon after their inauguration. Under the Constitution, the President almost has to pardon someone. And that someone will always be controversial.