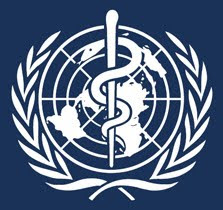 Situation update:
In the temperate zone* of the northern hemisphere, transmission of pandemic influenza virus remains active and geographically widespread, however overall disease activity has recently peaked in much of the hemisphere. There continues to be increases in influenza activity in later affected areas of central and eastern Europe, and in parts of west, central, and south Asia.

In United States and Canada, influenza activity continues to be geographically widespread but overall levels of ILI** have declined substantially to near the national baseline level in the US and below the seasonal baseline in Canada. Although numbers of hospitalizations and death in US have declined steadily since their peak over 6 weeks ago, the proportional mortality due to pneumonia and influenza (P&I mortality) remains elevated above the epidemic threshold for the 11th consecutive week. In Canada, rates of ILI, numbers of outbreaks, and proportions of samples testing positive for influenza have declined substantially since peaking six weeks ago. Approximately 53% of hospitalized cases in Canada had an underlying medical condition; cases with underlying medical conditions tended to be older (compared to those without), and were at increased risk of hospitalization and death. Also from Canada, a smaller proportion of hospitalized cases during the winter transmission season compared with those hospitalized cases during the summer transmission season, were persons of aboriginal origin (3.9% vs. 20.3%).

In Europe, geographically widespread and active transmission of pandemic influenza virus continued to be observed throughout the continent, however, overall pandemic influenza activity appears to have recently peaked across a majority of countries. At least ten countries reported that 30% or more of their sentinel respiratory specimens had tested positive for influenza. Greater than 98% of subtyped influenza A viruses detected in Europe were pandemic H1N1 2009, however, seasonal influenza viruses (H1N1, H3N2, and type B) continue to be detected at low levels. Of note, a few countries are experiencing increasing disease activity and have yet to peak (Hungary and Montenegro ), while several others are experiencing a resurgence in activity (Serbia, Ukraine, Georgia, and Turkey). Rates of ILI have returned to near seasonal baselines in the earlier affected areas of western Europe (Belgium, the Netherlands, Ireland, and Iceland) and a substantial decline in activity has been observed in much of northern Europe over the past month. In central and southern Europe, where influenza virus transmission has been most active recently, disease activity in most places has either plateaued (Albania, Czech Republic, Estonia) or begun to decline (Austria, Germany, Poland, Latvia, Croatia, Slovakia, and Greece). Further east, influenza activity appears to be variable, with the Russian Federation reporting a steady decline in rates of ARI after a recent peak three weeks ago; while several other countries are reporting increases in rates of ILI/ARI (Ukraine and Georgia). In Europe, the highest rates of ILI have been recorded among children 0-4 years of age (in 15 countries) and among older children 5-14 years of age (in 18 countries). Detections of RSV in Europe continued to increase over the past six weeks, partially accounting for elevated ILI activity among young children in some countries.

In Western and Central Asia, limited data suggest that influenza virus circulation remains active throughout the region, however disease trends remain variable. Increasing respiratory diseases activity continued to be reported in Kazakhstan and in Egypt; while several others countries, Israel and Oman, have been reporting declining trends of respiratory diseases activity after recording a peak of activity approximately one month ago.

In East Asia, the situation remains similar to last week; influenza transmission remains active but appears to be declining overall. Influenza/ILI activity has recently peaked and continues to decline in Japan, in northern and southern China, Chinese Taipei and in Mongolia. In southern Asia, influenza activity continues to increase in the northern India, Nepal, and, Sri Lanka.

In the tropical region of Central and South America and the Caribbean, influenza transmission remains geographically widespread but overall disease activity has been declining or remains unchanged in most parts, except for in Barbados and Ecuador, were recent increases in respiratory diseases activity have been reported.

In the temperate region of the southern hemisphere, sporadic cases of pandemic influenza continued to be reported without evidence of sustained community transmission.