#CoverageMatters: The ACA Makes Coverage Stronger For Everyone, Even Through Your Job

#CoverageMatters: The ACA Makes Coverage Stronger For Everyone, Even Through Your Job 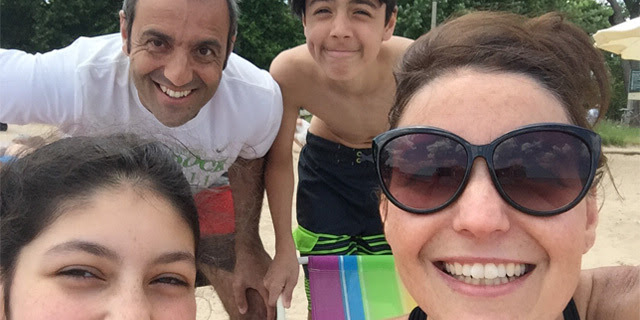 What would it be like to fight leukemia on a limited budget?
I had never thought to ask myself that question until my husband, Carlo, was diagnosed with B-cell acute lymphoblastic leukemia, also known as ALL, a rare type of cancer in adults.
We had also never thought much about the Affordable Care Act (aka Obamacare) since we had insurance through my husband’s employer, a suburban Chicago school district.
Then everything changed three years ago. And that’s when I learned that the ACA helped people like me, people who already had insurance.
Carlo was training for a marathon, but felt too sick to run beyond 15 miles. Then, a little while later, he barely got through a field trip with his students, because of some incredible bone pain. The doctors diagnosed him with ALL.
After getting over the shock of his diagnosis, we had questions about our health insurance, because, truthfully, we never had to rely on it before, beyond the occasional sinus infection or strep throat. Then I remembered that many health plans had something called a lifetime dollar limit, meaning there was a maximum amount an insurer would spend on benefits. I found papers stating that our plan had a $1 million lifetime cap. Worried that we would hit the cap because of the rare type of cancer, I immediately called the insurer and asked, Would our health plan be enough to cover all the care he would need?
The insurance rep quickly corrected and reassured me: There are no longer lifetime or annual caps anymore thanks to the Affordable Care Act. And that’s when it hit home for me that the law has made coverage stronger for everyone, even for the 156 million Americans like us who have insurance through their jobs.
READ MORE: #CoverageMatters: The ACA Makes Coverage Stronger For Everyone, Even Through Your Job