#CoverageMatters: Medicaid Is Helping Me Stay Alive and Fight My Breast Cancer

#CoverageMatters: Medicaid Is Helping Me Stay Alive and Fight My Breast Cancer 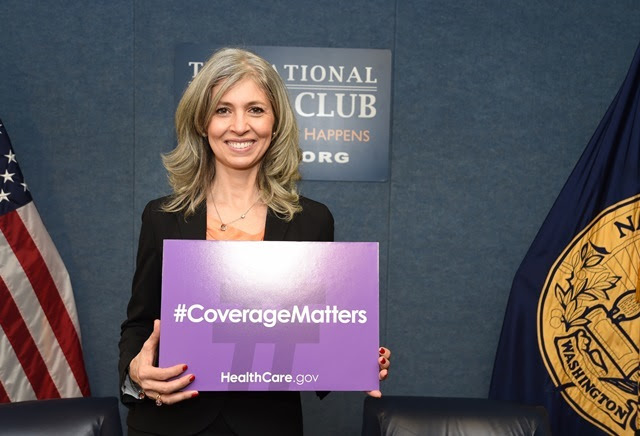 I'm a fashion model and a cancer blogger. And thanks to the Affordable Care Act, I’m a cancer fighter, too.
Because of the law’s provision for expanded Medicaid eligibility, I’ve been able to get the care I need to fight breast cancer for the past two years.
I got covered in 2014, when I was 42. I had just returned from Italy where I was getting my master’s degree in Italian. I knew that a woman at age 42 should have health coverage. So when I returned to the United States, I checked out the Health Insurance Marketplace and got covered by Medicaid, part of NJ Family Care. The state of New Jersey had expanded its Medicaid program under the Affordable Care Act, and I qualified for it because I wasn’t working then.
At the time, I was a healthy woman and looking for a job. I went for a physical and a mammogram in August 2014. I was fine. Or so I thought. In October, I found a lump in my left breast.
I was diagnosed with an aggressive form of breast cancer. Since then, I’ve had a double mastectomy, gone through chemotherapy and radiation, and had numerous procedures due to complications from reconstructive surgery. The cancer vanished for a few months until August 2016, when I was diagnosed with metastatic, or advanced, breast cancer. I will need treatment for the rest of my life. So far, immunotherapy has been shrinking my tumors.
And Medicaid covered all of it. All of it. I’m friends with women on Facebook who are talking about facing bankruptcy because their health insurance – and savings – didn’t cover all the care they needed. Some lived in states that decided not to expand Medicaid.
READ MORE: #CoverageMatters: Medicaid Is Helping Me Stay Alive and Fight My Breast Cancer