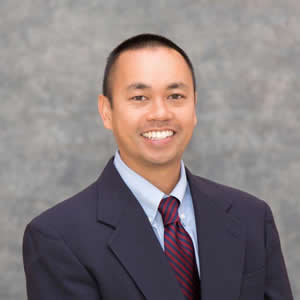 This week, I was pleased to speak at the Annual Conference of HIMSS, the Health Information and Management Systems Society, as part of their educational sessions and the Interoperability Showcase™

. It was an opportunity to highlight a new AHRQ initiative aimed at improving the interoperability of clinical decision support systems, or CDS.
HIMSS’ definition of interoperability is the “ability of different information technology systems and software applications to communicate, exchange data, and use the information that has been exchanged.” The goals of AHRQ’s initiative, meanwhile, are to help health care providers use CDS to move evidence into practice, and to make CDS more shareable, standards-based, and publicly available.
Our initiative has four components. First, because improving care for patients and their families is at the center of this initiative, our Patient-Centered CDS Learning Network

is building a community of researchers, clinicians, professional societies, and others to explore and advance the concept of patient-centered clinical decision support.
AHRQ also is creating funding opportunities for research on disseminating and implementing evidence into practice through CDS. We’ve already announced two funding opportunities for grants to translate evidence-based research findings into electronic form and CDS tools. While one of those opportunities invites applicants to broaden the use of existing CDS technologies, the other invites applicants to develop new CDS systems.
The third component is an evaluation to identify and disseminate lessons learned about the program’s other components. Understanding other organizations’ experiences is critically important for making CDS systematic and replicable.  It also will help promote the spread of patient-centered outcomes research findings through CDS to improve care in clinical practice.
The fourth, and most ambitious, component is CDS Connect, which we demonstrated at the Interoperability Showcase™. Available for public use, CDS Connect shows how evidence-based care can be more rapidly incorporated into clinical practice. By providing a national repository of CDS resources, it plays the role of a trusted source of shareable, interoperable CDS. It is the home for the CDS logic that drives the use-case demonstration and is the platform for authoring and sharing the CDS logic. In addition to the Interoperability ShowcaseTM demonstration, this week we released the authoring tool code as open source and posted new CDS  that contributed to the repository from the Centers for Disease Control and Prevention and the Children’s Hospital of Philadelphia.
We know that CDS can be delivered in many different ways under many different service models. It is our hope that CDS Connect can serve as one source of shareable, interoperable CDS logic used by CDS implementers, developers of electronic health records, and healthcare organizations.
But it’s not just the CDS logic that’s important. We know there are other essential requirements needed for CDS to improve clinical care. It must be properly inserted into workflow. It must be useful and usable. And, most importantly, it must meet patient needs.
We’re only 18 months into the initiative and have much to learn and to do as we build on a body of knowledge that’s been growing for decades. But we believe the future is bright for CDS. And we hope that you’ll move forward with us.
Dr. Lomotan is a Medical Officer and Chief of Clinical Informatics at AHRQ
Page last reviewed March 2018
Page originally created March 2018
Internet Citation: Building a Future for Shared Clinical Decision Support. Content last reviewed March 2018. Agency for Healthcare Research and Quality, Rockville, MD. http://www.ahrq.gov/news/blog/ahrqviews/buildiing-a-future-for-shared-cds.html
Publicado por salud equitativa en 9:35