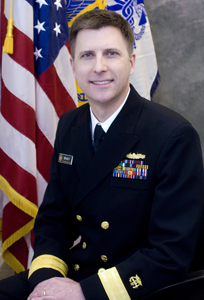 The statistics are staggering: physicians have access to approximately 10,000 prescription medications, and nearly a third of U.S. adults take five or more medications. These medications offer the promise of life-changing benefits for patients, but they also introduce the potential for harmful consequences when mistakes occur. Considering the complexity of health care today, it's not surprising that risks for adverse drug events (ADEs) are high.
Thankfully, as the health care system has become more complex, efforts to prevent patient harm from medication errors have also intensified. AHRQ has been a leading supporter of research that shows how a variety of evidence-based strategies have reduced ADEs in recent years.
But, as illustrated by an important recent statistical analysis from AHRQ's Healthcare Cost and Utilization Project, the gains have occurred unevenly.
First, the good news.
Hospitals have made great strides in reducing the numbers of ADEs. According to data from 28 States, the rate of hospital stays involving an ADE occurring while in the hospital fell from 282 per 10,000 stays in 2010 to 215 per 10,000 stays in 2014, a 24 percent decline. The biggest reductions in ADEs occurred with cardiovascular drugs and vaccines, according to the report.
While this is great news, the story is markedly different when it comes to ADEs among patients arriving at hospitals for treatment. For this group with ADEs that were present on admission, the rate increased from 441 per 10,000 stays to 513 per 10,000 stays—an increase of 16 percent during the same time period.
AHRQ's new statistical brief highlights areas of particular concern among patients arriving at hospitals with an ADE.
For example, patients 65 and older were in the age group most likely to be admitted to a hospital with an ADE in 2014. The rate for that group was 713 per 10,000 stays. It's important to consider that 41 percent of people from this same age group also reported taking five or more prescription drugs, according to the National Center for Health Statistics at the Centers for Disease Control and Prevention. These statistics highlight important targets for improvement.
On the other end of the age spectrum, AHRQ's statistical brief identifies an additional concern: the rate of hospitalizations for ADEs (present on admission) among children age 17 and younger increased from 92 per 10,000 hospital stays in 2010 to 127 per 10,000 stays in 2014. That 38 percent increase was higher than for any other age group.
As the Nation's lead agency for patient safety research, AHRQ has devoted significant resources to understanding the reasons why ADEs occur and developing ways to prevent them. For example, AHRQ-funded research has established that ADEs occur most often in hospitals among patients who have complex conditions and extended lengths of stay. Additional research has shown that health care costs and mortality are greater among those suffering an inpatient ADE. And a recent study published by AHRQ authors estimated that hospital costs for ADEs associated with blood thinners and medications used to treat diabetes were more than $5 billion in 2013.
As an extension of our research and to help clinicians improve medication safety, AHRQ has developed a comprehensive set of evidence-based tools for preventing ADEs:
Keeping patients safe is a shared responsibility. And while we see progress with medication safety in hospitals, we need to expand our patient safety efforts to increase support for community-based health care providers and patients. AHRQ will continue our work to reduce ADEs, including collecting and disseminating data, developing tools to prevent patient harm, and funding research to better understand factors that contribute to medication safety. We encourage researchers to submit grant proposals to AHRQ on safe medication use.
Broadening our knowledge about medication safety is an important part of our ongoing work to keep patients free from harm. We are looking forward to Patient Safety Awareness Week, which runs from March 11 to 17. Stay tuned for two AHRQ Views blog posts focused on AHRQ's overall efforts to improve patient safety as well as a Twitter chat, a special patient safety edition of the Agency’s AHRQ News Now newsletter and follow the conversation on Twitter, Facebook, and LinkedIn