Factors That Contribute to Health Disparities in Cancer 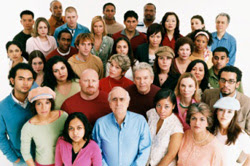 Socioeconomic status (SES) measures a person’s social, economic, and work status.
For example, a person with a high SES may have a college degree, earn an above-average income, and have a full-time job that pays well. A person with a low SES may not have finished high school, doesn’t earn enough money to live comfortably, and may be unemployed or have a low-paying job.

A person’s SES affects his or her ability to get health care. A person with more education is more likely to get a job that pays well and provides health insurance and paid sick leave. People who have higher incomes and health insurance are more likely to get tests that can find cancer early, and get the right treatment if cancer is found. So people with a higher SES often have higher cancer survival rates.
People with a low SES are less likely to get cancer screening tests. So their cancer is often found at a later stage, when it causes symptoms. Even if their cancer is treated, patients are less likely to survive cancer that’s found after it has advanced.

Racial and ethnic minorities are less likely to have health insurance, so they may not see a doctor regularly. People who see a doctor regularly are more likely to get cancer screening tests. When doctors advise a patient to get a screening test, the patient usually gets the test, especially if he or she is older or doesn’t go to the doctor often.
People with a low income may not get health care for other reasons. For example—

People with a low income are more likely to do things that give them a higher risk of getting cancer, like smoking cigarettes, eating unhealthy food, not getting enough physical activity, and engaging in risky sexual activity.
Smoking cigarettes increases the risk for many kinds of cancer including cancers of the lip, mouth, throat, pancreas, larynx (voice box), lung, uterine cervix, urinary bladder, and kidney.
Eating unhealthy food and not getting enough physical activity can cause a person to become overweight or obese. Obesity increases the risk for breast cancer after menopause, colorectal cancer, endometrial cancer, esophageal adenocarcinoma (a type of throat cancer), and cancers of the kidney and pancreas.
Risky sexual activities like unprotected sex and sex with multiple partners can make a person more likely to get human papillomavirus (HPV), the most common cause of cervical cancer. The social environment describes the social conditions in which people work and live. A good social environment helps a person make good decisions, like living a healthy lifestyle. For example, in a good social environment, a person’s friends and family members encourage him or her to eat healthy foods, exercise, and go to the doctor regularly.
The built environment refers to physical objects like buildings, neighborhoods, cities, and roads. A good built environment has a lot of parks, playgrounds, and sidewalks that make it easy to get exercise. A good built environment also provides transportation that makes it easy for people to go to good jobs and schools, doctors, and stores that sell healthy food.
Cities tend to have better transportation systems and sidewalks, but often lack parks and playgrounds; open spaces like vacant lots can attract criminals. Country (rural) areas are usually more spread out, making people more likely to drive cars rather than walk.
People who live in the country are more likely to be poor than people who live in cities. So they are more likely to spend time working than going to the doctor. They also are more likely to treat the health problems they know they have, instead of getting screening tests to find other health problems early or making lifestyle changes to prevent future health problems. In the United States, rural residents have a higher risk of type 2 diabetes, obesity, dental problems, suicide, and tobacco use.

A carcinogen is a substance that causes cancer. People have a higher risk of getting cancer if they live near places where carcinogens are made like smelters, foundries, chemical factories, and coal mines. Members of racial and ethnic minorities are more likely to live near such places.
Workers in some jobs are exposed to carcinogens at work, and members of some races are affected more than others. One study showed that African-American men who were exposed to carcinogens had a higher risk of getting some kinds of cancer than white men.
A person’s age group can make him or her more likely to be exposed to carcinogens. Because of laws against smoking in public and work places, adults are much less likely to be exposed to secondhand smoke today than in the late 1980s. But people still smoke at home often, so children who are 4 to 11 years old are exposed to secondhand smoke at a high rate.

Generally, patients get better cancer treatment at a hospital that sees a lot of cancer patients, or by a doctor who does a lot of cancer surgeries (called high-volume surgeons or hospitals). Patients treated in low-volume hospitals are more likely to be members of racial or ethnic minorities, live in rural areas, have a low SES, and live far away from a high-volume hospital.