Will brain scans transform the application of justice? 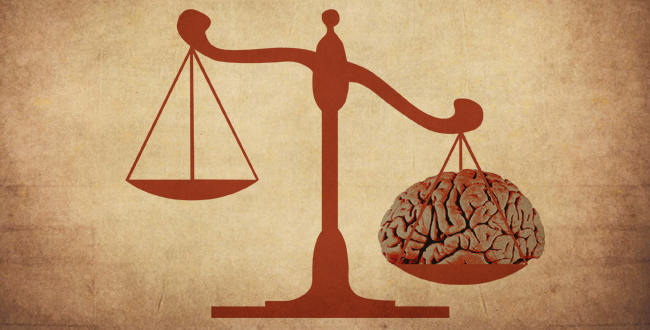 One of the things that make science so interesting is its ability to turn common sense on its head.
Unaided by science, even the most capable observer would trust his senses and say that the earth is stationary and that the sun, moon and stars circle it. Called geocentrism, this was a popular view for thousands of years. However, this is now known to be incorrect, despite the deliverances of common experience.
Now another common sense belief about how the world works is on the chopping block. A number of scientists, lawyers, philosophers and intellectuals think free will needs to go the way of geocentrism to make room for a revamped theory of human action more in line with the findings of neuroscience.
The marriage of neuroscience and law, dubbed neurolaw, seems poised to innovate the legal system and fundamentally change the way we think about (and practice) praise, blame, self- control, punishment and responsibility.
In August 1966 Charles Whitman shot 13 people to death and wounded another 32 from a tower he was holed up in on the campus of the University of Texas at Austin. The carnage only ended when police shot Whitman, killing him.  According to The Atlantic, “after his shooting spree, everyone wanted answers.”
Here, the already tragic story takes a surreal twist. Whitman himself was puzzled at his own actions and had conveyed his confusion in a suicide note. In his note, Whitman wrote “I talked with a doctor once for about two hours and tried to convey to him my fears that I felt [overcome by] overwhelming violent impulses.” The Atlantic reports that Whitman “requested…that an autopsy be performed to determine if something had changed in his brain- because he suspected it had.”
The autopsy revealed that a glioblastoma – a tumor the size of a nickel – had grown beneath his thalamus, and was compressing his amygdala. Says The Atlantic, “By the late 1800s, researchers had discovered that damage to the amygdala caused emotional and social disturbances.” The implication that that tumor played a decisive role in Whitman’s actions seems clear enough.
In the intervening years, knowledge of the brain and its role in life has grown by leaps and bounds. While Whitman asked that an autopsy be performed, a scalpel is no longer needed to peer inside of the brain. Scanning technologies such as Functional Magnetic Resonance Imaging (fMRI) allow detailed looks at the structure and function of the brain and are revealing details about our inner lives as never before. According to National Geographic:


“As they see the brain in action, neuroscientists can also see its flaws. They are starting to identify differences in the structure of ordinary brains and brains of people with disorders such as schizophrenia, autism, and Alzheimer’s disease.”

But the application of these scans doesn’t end there. Many are starting to introduce neuroscientific evidence into legal proceedings. Greg Miller, writing for Wired magazine relates that:


“The number of judicial opinions mentioning neuroscientific evidence tripled between 2005 and 2011, from roughly 100 to more than 300.”

Indeed, in the Stanford Technology Review Professor of Law and Professor of Biological Sciences Owen Jones confirms Miller’s argument, saying that “the full complement of cases at the intersection of neuroscience and law is now too large for comprehensive overview…”
To get a grip on just how brain scans are being introduced into the legal process, consider the case of a serial killer from Oregon named Dayton Leroy Rogers, whose lawyer “argued that scans indicated damage to parts of his brain could have caused his manic killing sprees. The thrust of the argument was that brain damage reduced his responsibility for the crimes.”
Or, look at the work of Kent Kiehl, an expert in psychopathy. Brian Dugan is in prison for the rape and murder of a ten-year-old girl, and Kiehl was hired by Dugan’s defense to perform a psychiatric evaluation. According to an NPR report, Kiehl thinks that he has “the scans to prove” that psychopaths’ “brains are different,” and they “cannot access their emotions.”


“When a normal person sees an objectionable photo, his limbic system lights up. This is what Kiehl calls the ‘emotional circuit,’ involving the orbital cortex above the eyes and the amygdala deep in the brain…Kiehl says that the emotional circuit may be what stops a person from breaking into that house or killing that girl. But in psychopaths like Dugan, the breaks don’t work.”

While the neuroscience is certainly exciting and interesting, that in and of itself isn’t so revolutionary.
What are set to cause upheaval are the philosophical conclusions derived from neuroscience. A number of “neurolawyers” – philosophers, scientists, policymakers, lawyers – are re-evaluating long held assumptions about the nature of human action that are embedded in the legal system; embedded, indeed, within society itself.
The conclusions some are reaching have subversive ramifications.  Baylor University neuroscientist David Eagleman, argues that:


“When modern brain science is laid out clearly, it is difficult to justify how our legal system can continue to function without taking what we’ve learned into account.”


“Mass killings have remained at a stable level for the past two decades…More such occurrences are always around the corner. So why, despite our best social efforts, have we systematically failed to melt that malevolent iceberg…? The true culprit is bad biology. Bad brains result in bad behavior.”

University of Pennsylvania law professor Stephen J. Morse is even more blunt when he declares:


“Fifteen years from now, somebody is going to say it’s the 489th neuron from the back of your ear that made you do it…that’s going to be pretty hard to dismiss.”

To the man on the street, these kinds of declarations might seem like the gobbledygook of liberal elites, and might be dismissed as such. But if enough people jump on the neurolaw bandwagon – and many are – more such denunciations of the traditional understanding of human nature will be forthcoming. More importantly, left unchallenged, these kinds of ideas will, for better or worse, change the way justice is carried out.
But not everyone is so gung-ho about the prospects of brain scans and tumors to change the legal landscape. Some remain unconvinced and regard talk of no free will and neurons being admitted as evidence as so much neuroscience-speak.
For instance, some experts in law and ethics observe that despite the influx of brain scans in the courtroom, “Traditional evidence is still the gold standard for the courts. For now, at least, what people have said and done remains more persuasive than scans.”
The prolific philosopher Roger Scruton, in his article “Brain Drain,” remains unconvinced that brain scans are really that important. Says Scruton:


“The discovery of brain-imaging techniques has given rise to the belief that we can look at people’s thoughts and feelings, and see how ‘information’ is processed.”


“The invention of neurolaw is, it seems to me, profoundly dangerous since it cannot fail to abolish freedom and accountability – not because those things don’t exist, but because they will never crop up in a brain scan.”

These dissenting voices make important observations that balance out the prevailing view in neurolaw. They draw attention to the important philosophical questions that need interrogation. Part of the reason why neurolawyers are so ready to chuck free will out the window is because it doesn’t jibe with the unquestioned philosophical assumptions they have already bought into, all the while claiming that their conclusions are scientific conclusions based on science fact.
They (unconsciously) interpret their science in light of philosophy. But here is the tricky part: philosophy is a prerequisite to science. In other words, any scientific endeavor whatever presupposes ideas about everything from the nature of knowledge and certainty to what constitutes good evidence. These things are philosophical in nature. There is no such thing as “just doing science”.
Turning to the question of human freedom, science by itself can’t answer that question because the question is ultimately a pre-scientific, philosophical one. True enough, neuroscience may contribute to the ultimate answer, but by itself is not sufficient to be the final word.
Questions need to be asked about the constitution of human beings. Is a person just a collection of cells, a highly complex organism that is totally physical, or is there such a thing as an immaterial soul or mind? Why do humans do so many things that animals don’t, indeed, can’t do? People have been asking these kinds of questions for thousands of years, debating back and forth in light of whatever knowledge is available. While neuroscience does shed more light, at the end of the day, it looks to be just another step on the path man has been walking for eons.
Lowell J.McDonald is a writer living in Louisville, Kentucky
- See more at: http://www.mercatornet.com/articles/view/rise-of-the-neurolawyers/17585#sthash.RMzmzo7d.dpuf

After the New Hampshire primary, if there is anyone who should be afraid, it is the panjandrums of political correctness, people who shut down debate by sneering, “You CAN’T say that!”
Not that I agree with either Bernie Sanders, who is far too socially progressive, or Donald Trump, who is far too divisive, to deserve election. But Americans are responding to their call for their very different political revolutions.
In a sense, both men are burning the same fuel that propelled Barack Obama into the White House: idealism, a sense of serving a great and noble cause. OK, “A future to believe in” may be corny and meaningless; and “Make America great again” may be corny and unrealistic. But they both strike a chord with voters.
There’s a lesson here for us dignitarians who believe in politically incorrect things like the dignity of life from conception to a natural death and the traditional family. Instead of giving up, we need to push ahead, respectfully, but vigorously and shamelessly. We have to learn from the Bern and the Donald. It’s time to be boldly countercultural.