Euthanasia and Alzheimer’s: Canada takes a step in the wrong direction | MercatorNet

Euthanasia and Alzheimer’s: Canada takes a step in the wrong direction

Euthanasia and Alzheimer’s: Canada takes a step in the wrong direction

Supporters of 'aid-in-dying' already want to expand the law 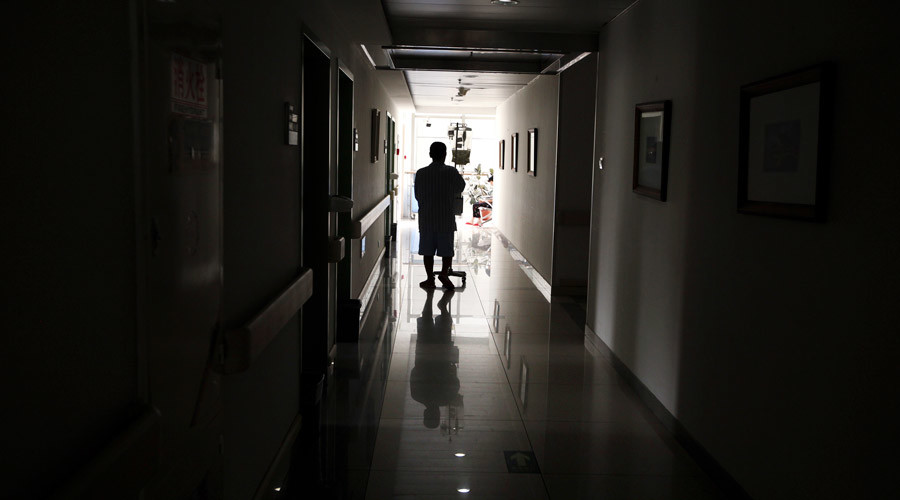 The euthanasia machine has once again become activated, following the “compassionate” murder of a woman with advanced stage Alzheimer’s. Although the details are not yet known, it appears that her exhausted spouse may have “cracked”. The despair into which this poor man plunged demonstrates well the harsh reality that caregivers can endure when providing for a relative with Alzheimer’s disease.
However, instead of questioning the support offered to the sick and their loved ones, the debate was immediately channeled towards euthanasia, conveniently called “medical aid in dying”.
Thus, while the first year of euthanasia has just ended – with 21 cases of abuse which will not lead to any disciplinary action – supporters of euthanasia are crying out for an expansion of the law which they denounce as cruel because it is too restrictive. They hope that the justice system – which today accuses this man of murder – will revise its position so that in the future a doctor can perform the same act with impunity.
By this very fact, they confirm the existence of the famous slippery slope that opens the ever-enlarging door to “emotionally acceptable reasons” to expand the scope of euthanasia. In fact, this kind of reasoning that trivializes such acts has recently resulted in a bill in the Netherlands which would permit euthanasia for elderly people in good health who feel they have lived their lives to completion.
There are inherent contradictions in this poisonous logic – such as hearing, in the same breath, that compassionate murder is an “inexcusable act”, but that people should have access to medical suicide under the guise of “health care”. But the emotional picture of the drama that took place on Monday at a nursing home hits hard enough on the public imagination to such a point that we are hearing demands to formalize the marriage between “love” and “murder” by a certificate of advance consent.
However, wanting to broaden the law to give advanced consent to suicide – through an advance directive – raises many ethical and moral questions.
What is the status of people with dementia such as Alzheimer’s? Are we talking about a subcategory of human beings that could be eliminated if their “old self” asked for it? Or is it a group of people that society considers henceforth unworthy but tolerated if it is a personal choice – as already implied in our laws on euthanasia and assisted suicide with respect to people with disabilities? Are there categories of “unworthy” people?
Is it really this condescending look that we want to give to people weakened by disease? Recently, the Netherlands provided us with a concrete example of how such logic was achieved: a woman with dementia was euthanized against her will.
Indeed, despite her dementia, she had clearly expressed that she no longer wanted to die; but she was trapped by her advanced directive. She even struggled to resist the doctor who was injecting the deadly poison. The doctor had to resort to having the woman’s family members forcefully restrain her to ensure that the verdict of her paper, signed in the prime of her life, was respected. Her refusal to die was not taken into account, merely because of her mental state; as if this woman was only identified with her illness.
The tragedy that is making headlines now in Quebec should be a wake-up call to prevent our society from taking another step in the wrong direction. There is still time to change our perspective on people made vulnerable by sickness, old age, or disability.
Someone I know took care of his mother who had Alzheimer’s for several years. There is no doubt that being welcomed by his own mother with a “good morning dear sir” sometimes felt like a dagger in his heart. Yet this worthy man, putting aside the fact that his mother no longer recognized him, kept honouring her because he, on the other hand, remembered that she was his mother.
Aubert Martin is the Executive Director of Vivre dans la Dignité (Living with Dignity), a Quebec-based organisation.
- See more at: https://www.mercatornet.com/careful/view/euthanasia-and-alzheimers-canada-takes-a-step-in-the-wrong-direction/19408#sthash.CqNboKcq.dpuf

I have often criticised Peter Singer, the Australian who may be the world's best-known philosopher -- although that is a race with very few living entrants. I imagine that significantly more people know Lionel Messi, for instance. Anyhow, many of those acquainted with his ideas find them appalling. But since Singer has been on the world stage since 1975 or thereabouts, they tend to quote old articles and old books.
An interview with him was recently published in a sympathetic ethics journal. There, all in one place, all of Singer's ideas about topics like euthanasia, abortion and infanticide are on display. Unfortunately, they have not changed. Read all about it below.
However, I dislike painting Singer as an intellectual blackguard. In person he is polite and kind. And I remember an incident a few years ago which speaks well for him.
Student politicians at the University of Sydney wanted to ban a pro-life club. They consulted Peter Singer, expecting him to endorse their position. Instead, he wrote back to say: “I have been an advocate of legal abortion since I was an undergraduate myself, when abortion was illegal; but I am also a strong supporter of freedom of speech. A university, in particular, should be a place where ideas are able to be freely expressed.” He deserves to be thanked for his open-mindedness.