#CoverageMatters: Saving My Health and My Farm

#CoverageMatters: Saving My Health and My Farm 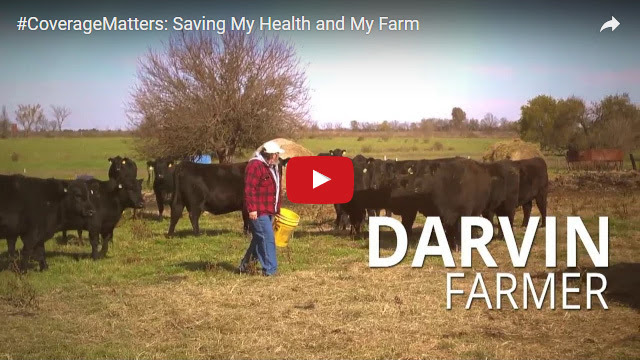 I’m a fourth generation farmer, and farming is all I want to do. I raise corn, soybeans and Angus beef. It’s been rough economic times for many farmers, and I’m no exception. I had health insurance when I was younger, but the premium kept going up 10 percent each year. It seemed like a waste of money, so I dropped it.
It was also pretty difficult to get coverage at all because I had diabetes. Before the Affordable Care Act, insurers could refuse coverage to people like me with pre-existing conditions.
I was pretty much on my own before the Affordable Care Act. Most people don’t see what’s going on out here. As farmers, we’re all individuals. We don’t have group insurance.
I was hit with Hepatitis C in 2006 and had to get colon surgery in 2007. My medical costs for the two years amounted to about $100,000. I had to refinance my 760-acre farm (I rent and farm another 440 acres as well) to pay my medical bills because I didn’t have health insurance.
There was no question about what I would do when the Health Insurance Marketplace opened in 2013. No one asked me about my pre-existing conditions, and I found an affordable plan for 2014 that would fit my needs for about $400 a month after tax credits. My premium for 2015 was about $364 a month and about $390 a month for 2016. My Marketplace plan covered two kidney surgeries.
READ MORE: #CoverageMatters: Saving My Health and My Farm