MercatorNet: Regretting motherhood is a symptom of 21st century anti-natalism

MercatorNet: Regretting motherhood is a symptom of 21st century anti-natalism

Regretting motherhood is a symptom of 21st century anti-natalism

Bristol Palin has copped the sharp end of this ideology. 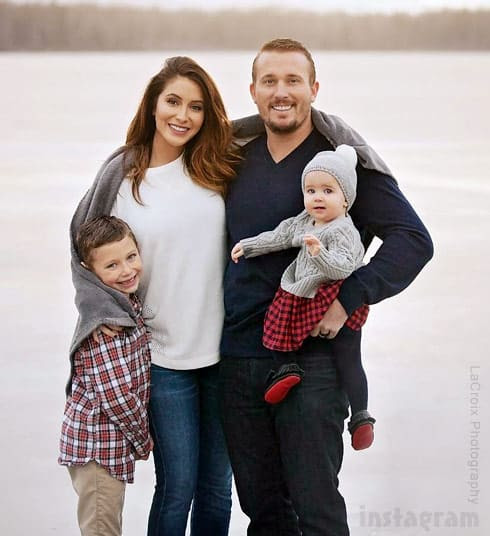 Bristol Palin is having her third child, her second with husband Dakota Meyer. The announcementa week ago has caused some of cattiest comments any “baby joy” headline has ever garnered, judging from this account. “Now the ‘Pro-Life, Pro-God, Pro-Guns’ Palin is prepping for Baby No. 3,” ran a USA Today headline dripping with disdain. “At this rate it would be less work for Bristol Palin to announce when she is not pregnant,” sneered The Daily Beast’s Olivia Nuzzi on Twitter.
OK, so the daughter of Sarah Palin -- the ambitious Republican politician from Alaska -- provides too much information about her family life, which has been a little topsy-turvy; but if, instead of enthusing about “a springtime baby in the Meyer home”, Bristol had revealed that she was through with having babies and wishes she had never started along that path, the magazines would likely have been much nicer to her. “Baby regret” seems to be the zeitgeist, and we have to wonder why.
In February 2009 “Ann” logged onto the website Secret Confessions and wrote: "I am depressed. I hate being a mom. I also hate being a stay at home mom too!" Seven years later women are still sharing their ambivalence, or downright misery, on the “Hate being a mom” thread. It was grist to the mill for Jessica Valenti, a British feminist, columnist for The Guardian and author of the 2012 book Why Have Kids? A New Mom Explores the Truth About Parenting and Happiness. She writes:

“The expectation of total motherhood is bad enough, having to live it out every day is soul crushing. Everything that made us an individual, that made us unique, no longer matters. It's our role as a mother that defines us.”

Last year an Israeli sociologist, Orna Donath, who decided not to have children and, to quote The Guardian, “was fed up with being considered an aberration in a country where women have, on average, three children”, published a study based on interviews with 23 Israeli mothers who regret having had children. Not only do they regret it, they actually wish “to undo motherhood”, something that Donath describes as an “unexplored maternal experience”.
The experience of wanting to undo motherhood should certainly be explored, although by a psychiatrist rather than a sociologist, since it is clearly irrational. Everyone else seems to have had their say on the matter as the hashtag #regretting motherhood” went viral earlier this year. What’s behind this maternal pathology?
Donath complains about the “ideological impetus to be a mother” and the “simultaneous delegitimisation of women who remain childless”, who are considered “egoistic, unfeminine, pitiful and somehow defective”. The woman quoting her in The Guardian, Jedidajah Otte, endorses these accusations:

“I am a mother, too, and while I don’t regret it, I can deeply sympathise with women who feel betrayed by the eternal myth that enjoying motherhood is a biological predisposition. And I wonder if I would have chosen to be a mother had I not been indoctrinated all my life to believe that motherhood is the only thing that will complete my happiness. I’m not so sure.”

Strangely enough these complaints and second-guessings come at a time when the West – and much of the rest -- is notably infertile. Women spend most of their fertile years endeavouring notto get pregnant, and of those who conceive anyway, perhaps a third will abort the child. Governments invest large sums of public money in providing contraceptives and on propaganda encouraging women to use it. Women are encouraged to put education, training and careers before motherhood – often at the cost of infertility among those who actually want to have a child. In 2006, according to the Pew Research Centre, one in five American women aged 40-44 was childless. Younger women increasingly delay motherhood.
In this context the claim that women are still burdened by cultural expectations that their fulfilment lies in motherhood alone is hard to understand. That motherhood is more difficult today for those who choose it, there is no doubt. But the idea that women are clobbered with maternalist ideology and despised for not achieving motherhood seems wide of the mark, and more the product of personal ambivalence in a culture that does not value the family.
Yes, the real cause of today’s maternal malaise is anti-natalism – an ideology that apparently has always tempted mankind -- and the sooner women realise it the better for them.
Near the beginning of The Birth of Tragedy, Nietzsche tells the ancient story of King Midas hunting in the forest for the wise Silenus, the companion of Dionysus. At last, after many years, the King manages to capture him and asks what is the best and most desirable thing for man. Silenus maintains a surly silence until, goaded by the King, he bursts out with a contemptuous laugh and says, “Oh, wretched ephemeral race … why do you compel me to tell you what it would be most expedient for you not to hear? What is best of all is utterly beyond your reach: not to be born, not to be, to be nothing. But the second best for you is—to die soon.”
This cheerless philosophy has been taken up recently by South African academic David Benatar, notably in his book, Better Never to Have Been: The Harm of Coming into Existence – which tells you all you need to know about him, really, but let’s press on.
Whereas your common garden anti-natalists are for limiting human procreation to two, or more recently one child, Benetar argues that having even one child, whether intentionally or not, is having too many. In other words, all procreation is wrong. Here are a few quotes from a debatebetween him and David Wasserman of Yeshiva University.

“Procreation may seem like an innocuous activity, but it is in fact deeply harmful. In creating a child one creates the basic condition for all the terrible things that will or could befall it. One creates the vulnerability to all (other) harms, from the mildest to the most unspeakable horrors.
We do not know humanity’s expiry date, but the earlier it is, the more suffering will be avoided.
Chronic pain is rampant, but there is no such thing as chronic pleasure.

Humanity itself is an evil mistake – “Homo pernicious”,“dangerous, destructive”, a “moral disaster” – the result of “a long, blind evolutionary process” and not, as it flatters itself, made “in the image of an omnibenevolent, omniscient, and omnipotent God”. “Science” has “debunked” that anthropocentrism.

There would have been much less damage had we never evolved. The fewer humans there are in the future the less damage there will still be.
Procreators inflict these harms on their progeny obviously without the latter’s consent. Nor can they inflict those harms for the sake of the children they create. None of the reasons for procreating have anything do with the interests of the beings that are brought into existence. Procreation serves the interests of others—the parents, grandparents, already existing siblings, the nation or state, or the broader human community into which the child is born.

David Benatar is nuts, but views like his – the reductio ad absurdum of a trend going back a couple of centuries at least – seep into society, spreading their pessimistic poison, especially where the antidote of religious faith is absent.
But Bristol Palin’s instincts are right. And educated American women agree with her that a child is someone to be welcomed, whatever the circumstances or demands they create. Pew reports that childlessness has dropped by 5 percentage points among US women at the end of their childbearing years – from 20 percent in 2006 to 15 percent in 2014 – in particular among highly educated women. This is partly because there are more of them, and because reproductive technology is available to them, but also because they are increasingly likely to be married.
These women are not dupes of motherhood myths and social conditioning; at 40-something they know their own minds and want to be mothers. They also know that marriage creates the best cradle for a child and the best chance of happiness in their maternal role..
Mothers who regret having had children cannot be numerous. They should, of course, be heard, and any practical problems they experience be taken on board by society so that others do not suffer the same way. But we also have to challenge the anti-natalism of which Benatar is an extreme example, and which pervades 21st century society, before we know whether motherhood itself is their real problem.
Carolyn Moynihan is deputy editor of MercatorNet.

Well, one more sleep until MercatorNet takes its Christmas break, and we have a couple of nice articles up our sleeve to make for a cheerful finish. Already we have published a few Christmassy things.
Among them I’d like to give a special mention to the Reading Matters 2016 gift list – an excellent source of ideas for pressies for kids compiled by Jennifer Minicus and contributors. Jennifer and her team have worked away all year, producing scores of reviews and recommendations for different age groups, and MercatorNet owes them a big thank you. So, Thank you!
Today Fr James Schall comes right to the point of the season with his article on the historicity and theology of Christmas in simple terms. This is one time of the year, after all, when we want to wear our heart on our sleeve.
That makes two sleeves, which seems the right amount for one newsletter.