The Mutual Reliance Initiative: A New Path for Pharmaceutical Inspections in Europe and Beyond 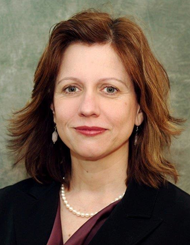 The Mutual Reliance Initiative: A New Path for Pharmaceutical Inspections in Europe and Beyond
By: Dara Corrigan, J.D.
For FDA professionals focused on drug quality and safety, the rapid increase in imported drugs from nations where we devote limited inspection resources is of great concern. One way to address this concern would be to … Continue reading →

For FDA professionals focused on drug quality and safety, the rapid increase in imported drugs from nations where we devote limited inspection resources is of great concern. One way to address this concern would be to create an expanded inspectorate, one where investigators and inspectors from FDA and trusted partners, such as those in the European Union, would work together, rely on each other’s inspections, avoid duplicating inspections, and conduct more inspections in areas where the increase in drug manufacturing has greatly increased, like in China and India.
To meet this challenge, FDA has responded with the Mutual Reliance Initiative (MRI). The concept is simple. EU country inspectors inspect in their respective countries, FDA inspects the manufacturing facilities in the U.S., and the EU and FDA would rely upon each other. This would avoid duplication, lower costs, and enable the regulators to devote more resources to other parts of the world where there is greater risk. The savings would be considerable – over the last 5 years, about 40 percent of FDA’s drug inspections were performed in the EU.
The Mutual Reliance Initiative
There is a history to U.S.-EU collaboration. In 1998, in an annex to a U.S.-EU trade agreement, the U.S. and the EU agreed to recognize each other’s good manufacturing practice drug inspections. However, the agreement was never fully implemented.
Since 1998, FDA has expanded its reach beyond U.S. borders by opening foreign offices in China, Europe, India, and Latin America. We conduct more foreign inspections now and have gathered more than 15 years of experience in collaborating with the EU.
Equally important was the 2012 passage of the Food and Drug Administration Safety and Innovation Act. Congress recognized that FDA cannot and should not monitor the world’s drug inventory by itself and authorized FDA to accept the findings of a foreign inspector when its drug inspectorate is capable of conducting inspections that meet U.S. standards.
Working With The EU Inspectorates
The MRI was launched in May 2014. As part of MRI, FDA and EU assembled dedicated teams to assess the risk and benefits of entering into a mutual recognition agreement. FDA was invited to observe the EU’s Joint Audit Programme, in which two EU nations audit the inspectorate – the regulatory authority – of another member. FDA first observed the audit of Sweden’s inspectorate by auditors from the United Kingdom and Norway. Since then, FDA has observed an additional 12 audits of drug inspectorates across the EU with more audit observations planned through 2017.
This unprecedented access allows FDA observers to gather firsthand knowledge of the laws that govern EU GMP drug inspections and how inspectorates manage the drug inventory within their respective borders. Also, interacting with auditors across the EU provides a unique opportunity to understand the regulatory framework in the EU. With 28 member states (27 after Britain leaves the EU), there can be differences FDA must understand.
And to clarify, the so-called “Brexit” has no impact on FDA’s relationship with our United Kingdom counterparts at this time. Once the UK finalizes its departure from the EU, FDA and the UK will reexamine existing commitments and, if necessary, renegotiate any existing agreements. According to reports, it is likely going to take the UK and EU two years to finalize the terms of the Brexit.
MRI is one of the key components of the pharmaceutical sector covered in the Transatlantic Trade and Investment Partnerships (T-TIP) but could also take another path if the initiative progresses more quickly than the trade negotiations.
The observation and analysis of the drug inspectorates in the EU has only been possible because of the extraordinary devotion and collaboration across FDA. Observers of the audits have included subject matter experts, management, and investigators from the Center for Biologics Evaluation and Research, the Center for Drug Evaluation and Research, the Office of Regulatory Affairs and the Office of Global Regulatory Operations and Policy. These same FDA employees, and others, guided FDA successfully through the EU’s audit of FDA in September 2015 when the EU visited three district offices, the main campus, and a drug laboratory as part of its assessment. The EU team applied the same criteria that it applies within the EU when it audits its own member states.
Looking Forward
What is next? We hope to sign an agreement with the EU soon and are working to complete assessments of the capability of the drug manufacturing inspectorates of two to four countries within the EU.
These first steps with the EU will lead toward our goal of an expanded inspectorate, containing investigators and inspectors from FDA and from across the EU. These collaborations will enhance our ability to evaluate risk, produce better data, and minimize public health risk globally. Indeed, the need to engage globally in different ways is imperative. With MRI, we are moving boldly forward in that direction.
Dara Corrigan, J.D., is FDA’s Associate Commissioner for Global Regulatory Policy
Publicado por salud equitativa en 7:49