The Story of Peggy Lillis: The Other Side of Antibiotics

The Story of Peggy Lillis: The Other Side of Antibiotics 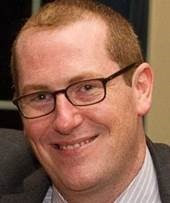 “Prior to my mother’s death, I would never have imagined that an antibiotic could precipitate a deadly disease. Ten days after beginning a course of antibiotics, she was dead. Like many Americans we had never heard of Clostridium difficile. Nor did we realize the system-wide effects that many antibiotics have on the body.” – Christian Lillis, Executive Director, Peggy Lillis Foundation
As part of this year’s Get Smart About Antibiotic Week, CDC partnered with the Peggy Lillis Foundation on a video about the late Peggy Lillis, who died from a Clostridium difficile infection (C. difficile) caused by antibiotic use. Today on CDC’s Safe Healthcare Blog, Christian Lillis, Peggy’s son and executive director of the Peggy Lillis Foundation, is sharing his own experience with antibiotics from a young age and the impact of his mother’s death on his work in patient safety.
Read Christian’s story: https://blogs.cdc.gov/safehealthcare/?p=5941
Watch the video: https://www.youtube.com/watch?v=ggl7Qgx-VeY
Find out more about appropriate antibiotic use: http://www.cdc.gov/getsmart/
Publicado por salud equitativa en 4:19