BioEdge: Has the UK reached a tipping point on assisted suicide?

BioEdge: Has the UK reached a tipping point on assisted suicide?

Has the UK reached a tipping point on assisted suicide?
by Clark Hobson | 3 Feb 2017 | 1 comment 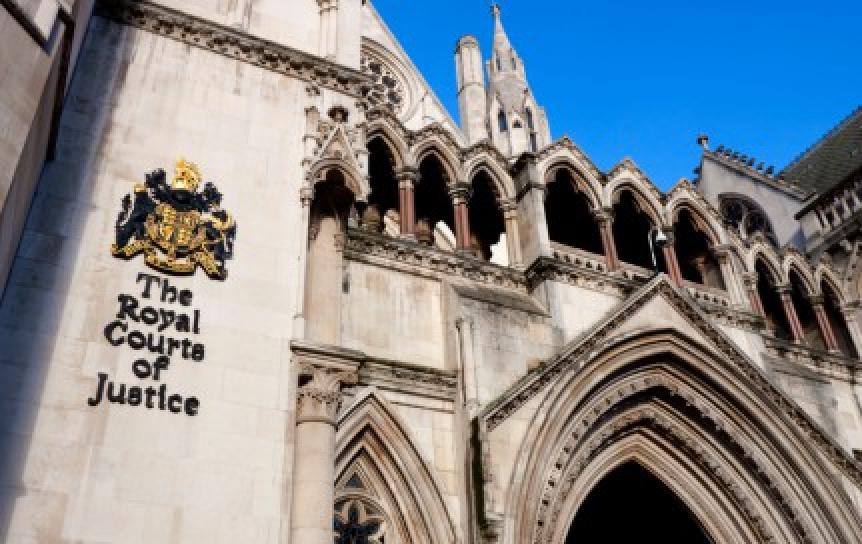 Noel Conway is 67 years old. He suffers from motor neurone disease, and is estimated to have 12 months to live. Mr Conway has instructed lawyers at Irwin Mitchell to seek judicial review against the Ministry of Justice in the High Court, arguing that assisted suicide should be legally permissible, subject to satisfying a series of strict criteria.

Mr Conway’s case is noteworthy for the vivid portrayal of the progress of his condition, and the accompanying fears of becoming ‘entombed in his own body’. The legal importance of Mr Conway’s case lies in the fact that it likely has the greatest chances of long-term success in overturning the law before the UK courts. A range of factors argue for Mr Conway’s position, and support for reform is mounting.

The highest-profile and most recent legal case on assisted suicide in the United Kingdom is Nicklinson v Ministry of Justice. In the Supreme Court Jane Nicklinson, Tony’s Nicklinson wife, and Paul Lamb argued Article 8(1) of the European Convention of Human Rights, the right to respect for private and family life, was disproportionately infringed by the UK’s assisted suicide blanket-ban. By a 7:2 majority, the appeal was dismissed, on the basis that any ‘decriminalisation should be left to Parliament, as it is a controversial, difficult and sensitive moral and politico-social issue’ ([84]).

But that does not tell the whole story. Of greater interest is how a majority of justices found that Parliament was not the only forum which could scrutinise the proportionality of the Suicide Act: ‘even under [the UK] constitutional settlement, which acknowledges parliamentary supremacy and has no written constitution, it is, in principle, open to a domestic court to consider whether section 2 infringes article 8’ ([76]).

Perhaps most vital for Mr Conway’s case though is the clear, repeated insistence that Parliament must address the assisted suicide ban. If it did not do so appropriately, in suitable circumstances the Supreme Court would be ready to declare the law incompatible with Article 8(1) ECHR. Lord Neuberger, in effect giving the leading judgment, states:

‘Parliament now has the opportunity to address the issue of whether section 2 should be relaxed or modified, and if so how, in the knowledge that, if it is not satisfactorily addressed, there is a real prospect that a further, and successful, application for a declaration of incompatibility may be made’ ([118], emphasis added).

Lord Wilson was to concur, stating that ‘[w]ere Parliament for whatever reason, to fail satisfactorily to address the issue … the issue of a fresh claim for a declaration is to be anticipated. It would no doubt be issued’ ( [202], emphasis added). Even those justices who were resolute that Parliament was the appropriate forum strongly believed that, in certain circumstances, the courts would play a role in future. Lord Clarke ([293]) was to note ‘[i]f Parliament chooses not to debate these issues, I would expect the court to intervene’.

For Mr Conway’s case, these declarations have to be read in light of events pre- and post-Nicklinson. Nicklinson deliberately leaves open what it means for Parliament to have satisfactorily addressed this issue ([118]). But since that case, Parliament has heard a further proposal for legislative change with the Assisted Dying Bill (No 2) 2015-2016. Likewise, the Assisted Dying Bill 2016-2017 has been introduced in the House of Lords and is currently on its second reading.

The 2015-2016 Bill did not pass its second reading in the House of Commons, running out of time. It was similar to the Assisted Dying Bills introduced by Lord Falconer in 2013 and 2014, the latter progressing further than any other Bill previously, and receiving support from the former head of the Anglican Church.

The 2013, 2014, and 2015-2016 Assisted Dying Bills have all been shaped to a degree by the Commission on Assisted Dying, which concluded that the current legal status of assisted suicide was ‘inadequate and incoherent’. There have also been proposals for further legislative change in 2003, 2004, and 2009, as well as a Parliamentary Select Committee on the Assisted Dying for the Terminally Ill Bill, which reported in 2005.

Finally, Mr Conway might also be able to draw support from across the Atlantic. In 2015, the Supreme Court of Canada in Carter v Canada, unanimously overturned the absolute ban on assisted dying. Parliament now has 12 months to create a ‘stringently limited, carefully monitored system of exceptions’ ([29)).

What relevance does all this have to Mr Conway’s case? It enables him and his lawyers to claim that Parliament has had a comprehensive opportunity to legislate on the issue, and previous legislative attempts have demonstrated there is in principle a feasible and robust system where persons could be legally assisted to kill themselves. That Mr Conway is claiming one of the restrictions on legalisation is that the claimant must have a terminal illness, shows the basis of his claim is not on disability or age. As such it attempts to steer clear of concerns about devaluing the lives of the elderly or disabled.

Even if the court is hesitant about finding for Mr Conway on this basis, his case may also succeed in that a declaration of incompatibility would kick-start the process by which Parliament would have to examine in detail first-hand evidence, accompanied by a thorough cross-examination. It may even lead to a slightly different regulatory regime, given the differences of opinion in Nicklinson on how to implement such a system ([122]-[123]; [314]-[316]).

Legislative and judicial signals show that action on assisted dying in the United Kingdom will be taken soon. Mr Conway’s case might just be the tipping point for this particular debate.

Dr Clark Hobson is a lecturer at the University of Leicester, UK.


Trump SCOTUS Nominee is “a bioethicist”
by Xavier Symons | Feb 04, 2017
Neil Gorsuch has a keen interest in end of life issues.


Should doctors talk about Trump’s mental health?
by Xavier Symons | Feb 04, 2017
Should psychiatrists and psychologists should share their opinions on political figures?


Torture does not work, says trauma expert
by Michael Cook | Feb 03, 2017
But waterboarding is the most psychologically harmful


Has the UK reached a tipping point on assisted suicide?
by Clark Hobson | Feb 03, 2017
The courts could force the government to act