Medical experts speak out against supporting transitions for transgender children 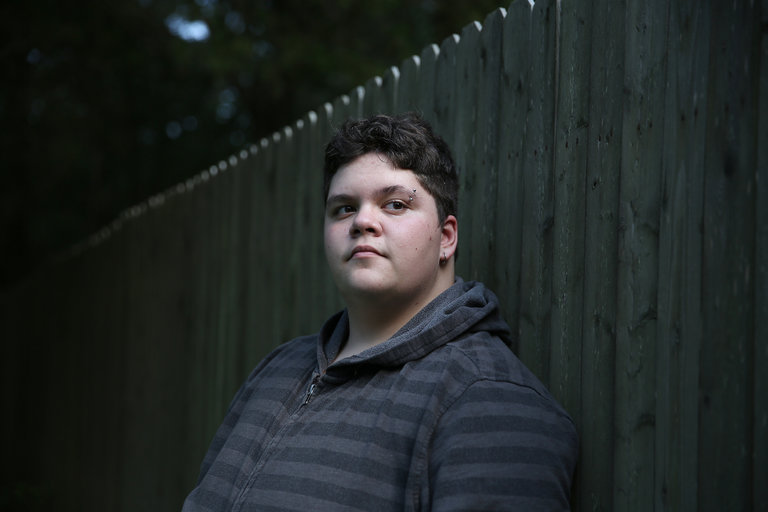 Gavin Grimm, a student who is suing Virginia school district over transgender bathroom use
A decision by the US Department of Justice last Friday not to support Obama-era policies on transgender school bathrooms suggests that the LGBT activists are out in the cold.
Mr Obama’s Attorney-General, Loretta Lynch, made a promise to transgenders, especially students in public schools:
“The Department of Justice and, indeed, the entire Obama administration want you to know that we see you, we stand with you, and we will do everything we can to protect you going forward. And please know that history is on your side.”
But history seems to spinning its wheels at the moment. Despite some ambiguous remarks by Mr Trump during his campaign, it appears that he will not go out of his way to defend transgender rights. And his new Attorney-General, Jeff Sessions, according to the LGBT media, is firmly opposed to them.
However, this is not the last word on the issue. On March 28, the US Supreme Court is due to hear a case about transgender bathroom access lodged by a Virginia student, Gavin Grimm. Born a girl, she decided in Year 9 that she was actually a boy. The local school board refused to let her use the boys’ toilets. She sued, and now the case has moved up to the Supreme Court (Gloucester County School Board v GG).
Amongst the briefs filed by “friends of the court” are a number of documents which contend that the transgender agenda will harm students.
Today we are publishing some excerpts from a brief filed by three distinguished academics. They are Paul R. McHugh, an emeritus Professor of Psychiatry at the Johns Hopkins University School of Medicine; Paul W. Hruz, Associate Professor of Pediatrics and Chief of Pediatric Endocrinology at Washington University School of Medicine; and Lawrence S. Mayer, professor of statistics and biostatistics at Arizona State University. They argue that supporting transgender children’s beliefs  could lead to "catastrophic outcomes” for many of them.
* * * * * * *
In standard medical and psychological practice, a child who has a persistent, mistaken belief that is inconsistent with reality is not encouraged in his or her belief. For instance, an anorexic child is not encouraged to lose weight. She is not treated with liposuction; instead, she is encouraged to align her belief with reality – i.e., to see herself as she really is. Indeed, this approach is not just a good guide to sound medical practice. It is common sense.
Until recently this was precisely how gender dysphoric children were treated. Dr. Kenneth Zucker, long acknowledged as one of the foremost authorities on gender dysphoria in children, spent years helping his patients align their subjective gender identity with their objective biological sex. He used psychosocial treatments (talk therapy, organized play dates, and family counseling) to treat gender dysphoria and had much success.
Dr. Zucker’s eminently sound practice is anchored by recognition of the ineradicable reality that each child is immutably either male or female. It is also influenced by the universally recognized fact that gender dysphoria in children is almost always transient: the vast majority of gender dysphoric children naturally reconcile their gender identity with their biological sex. All competent authorities agree that between 80 and 95 percent of children who say that they are transgender naturally come to accept their sex and to enjoy emotional health by late adolescence. The American College of Pediatricians, for example, recently concluded that approximately 98 percent of gender- confused boys, and 88 percent of gender-confused girls, naturally resolve.
Traditional psychosocial treatments for gender dysphoria, such as those employed by Dr. Zucker, are therefore prudent and natural; they work with and not against the facts of science and the predictable rhythms of children’s psycho-sexual development. They give gender dysphoric children the opportunity to reconcile their subjective gender identity with their objective biological sex without any irreversible effects or the use of harmful medical treatments.
Although some researchers report that they have identified certain factors which are associated with the persistence of gender dysphoria into adulthood, there is no evidence that any clinician can identify the per- haps one-in-twenty children for whom gender dysphoria will last with anything approaching certainty. Because such a large majority of these children will surely naturally resolve their confusion, proper medical practice calls for a cautious, wait-and-see, approach for all gender dysphoric children. This sensible approach can be and often is rightly supplemented in many cases by family or individual psychotherapy to identify and treat the underlying problems which pre- sent as the belief that one belongs to the opposite sex.
Policies and protocols that treat children who experience gender-atypical thoughts or behavior as if they belong to the opposite sex, on the contrary, interfere with the natural progress of psycho-sexual development. Such treatments encourage a gender dysphoric child like [GG] to adhere to his or her false belief that he or she is the opposite sex. These treatments would help the child to maintain his or her delusion but with less distress by, among other aspects, requiring others in the child’s life to go along with the charade. This is essentially what the Fourth Circuit is requiring here. Importantly, there are no long-term, longitudinal, control studies that support the use of gender-affirming policies and treatments for gender dysphoria.
The Fourth Circuit’s mandated gender-affirming therapy is therefore a novel experiment. In light of all the existing scientific evidence ... it amounts to nothing more than quackery.
Michael Cook is editor of MercatorNet.
- See more at: https://www.mercatornet.com/conjugality/view/gender-affirming-bathroom-policies-are-quackery/19349#sthash.PaGhbRbP.dpuf

To tell the truth, I never knew that there was a science of spanking. (Not the how, but the why.) As one of today’s articles demonstrates, there are bitter academic battles about how effective and appropriate spanking is as a disciplinary measure.
Unlike most academic battles, this one has real-world consequences, as in some countries parents can be jailed for corporal punishment. In an interview with Carolyn Moynihan, Robert E. Larzelere, an expert on child discipline, says that the scientific evidence against spanking is weak.
No doubt this is a topic which can be debated endlessly, but he draws on some surprising statistics. In Sweden, the first country to ban spanking (in 1979), “Physical child abuse, criminal assaults against minors by minors, and rapes of children under the age of 15 are occurring more than 20 times as often in 2010 than was the case in 1981”.
Dr Larzelere concludes that “mild spanking can serve to bring a frustrating discipline episode to a conclusion before parents get so frustrated that they erupt by hitting the child harder than they otherwise would.”
What do you think?