By Dr Ananya Mandal, MD,January 11, 2018
The heads of accident and emergency (A&E) departments of hospitals all across England and Wales have warned Theresa May that more people are dying prematurely in the corridors of the A&E departments than before. 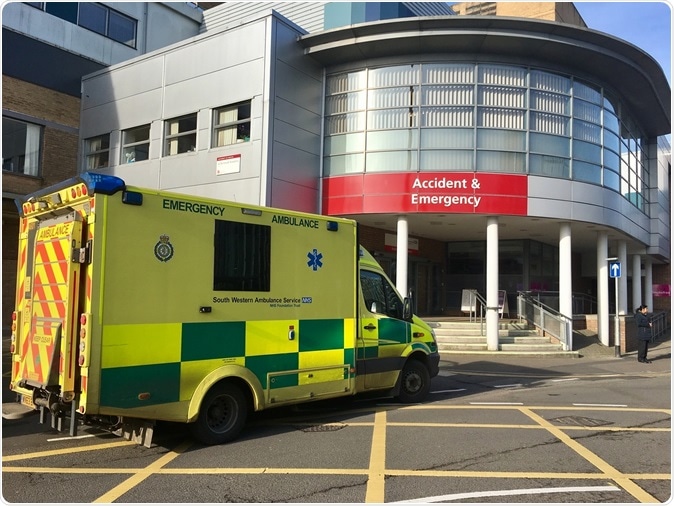 Imran's Photography / Shutterstock.com
The consultants and heads in charge of the emergency departments of 68 acute hospitals wrote a letter to Prime Minister May stating the current state of the hospitals. It reads, the “current level of safety compromise is at times intolerable, despite the best efforts of staff.” The staff is putting in their best efforts say the doctors and so are the trusts and clinical commissioning groups. The, “facts remain, however, that the NHS is severely and chronically underfunded,” they write. “Thousands of patients are waiting in ambulances for hours as the hospitals lack adequate space. Some of our own personal experiences range from over 120 patients a day managed in corridors, some dying prematurely. An average of 10 to 12 hours from decision to admit a patient until they are transferred to a bed…” states the petition. The letter was in fact leaked to the Health Service Journal.
The consultants have urged the Prime Minister to treat this issue as a “matter of urgency” and consider steps to address this problem. They have asked for infrastructure and strategies to reduce the overcrowding in the A&E departments. They also suggest a significant raise in the social care funding to allow more beds to be allocated for acute care of the patients and also removal of the patients who are fit to be discharged from the hospital to make space for the incoming rush of patients. The experts warn about the hazards of having overcrowded emergency departments. “As you will know a number of scientific publications have shown that crowded emergency departments (ED) are dangerous for patients. The longer that the patients stay in ED after their treatment has been completed, the greater is their morbidity and associated mortality.”
The letter adds that sometimes the consultants see over 50 patients at a time who are waiting to be shifted to a bed in the emergency departments. These patients are sometimes forced to sleep in clinics and wards that are prepared hurriedly to accommodate the rush. One quarter of all patients had to wait for over four hours to get a bed in the emergency last month says the survey on performance of the A&E departments. The letter states that the NHS has, “insufficient hospital and community beds and staff of all disciplines especially at the front door to cope with our ageing population's health needs.” They add that this is not a report from “outliers” but most of the hospitals and trusts are facing the same problem.

The team also acknowledges the hard work put in by the “dedicated nursing, medical and allied health professional colleagues” and the situation despite the man-hours of work put in behind patient care. They ended the letter signing on behalf of themselves and their departmental staff. They add that their views were not necessarily same as that of the individual trusts.
According to a spokeswoman from the Department of Health and Social Care as a response to this letter, there is a 68.7% increase in the number of A&E consultants over the past 7-8 years and that “NHS was given top priority in the recent budget with an extra £2.8 billion allocated over the next two years.” She said that the Department was aware of the “great deal of pressure in A&E departments” and said they “are grateful to all NHS staff for their incredible work in challenging circumstances.” One of the steps to address this problem she said was that the Department had recently announced “the largest single increase in doctor training places in the history of the NHS - a 25% expansion.”
References:
Publicado por salud equitativa en 11:53