The culture of death has made Cuba an infertile nation. 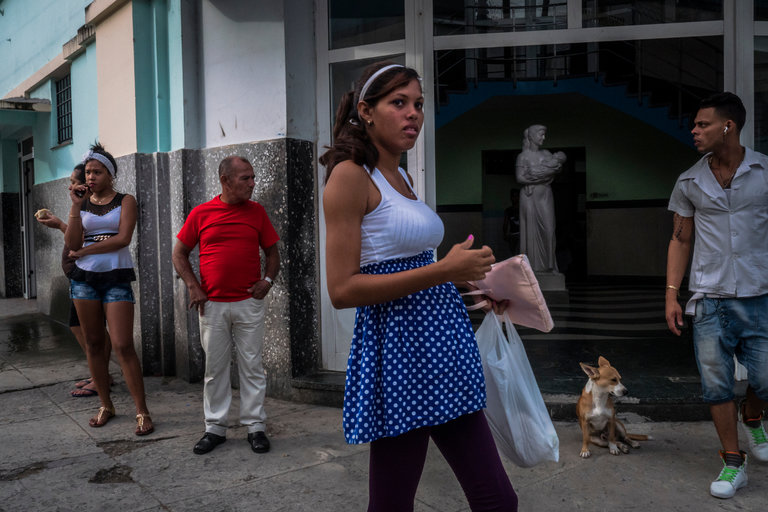 “A revolution is a struggle to the death between the future and the past,” Fidel Castro famously said, but he has followed his many victims to the grave without securing the communist paradise that he promised Cubans as their future.
It turns out that Castro’s revolution has actually undermined that future by devouring its children. Though it boasts that 80 percent of the population use contraceotion, Cuba has one of the highest abortion rates in the world: a study by two Cuban doctors suggests that over the past 30 years more than a third of pregnancies have been terminated.
Its birth rate has been in free fall since the 1970s and, despite a recent uptick in births, Cuba has reached the point where its population (11.27 million) is expected to decline. It has the oldest population in all of Latin America, one that will need all the resources of the fabled Cuban healthcare system, and more.
As in Big Brother Soviet Russia, legalised abortion became necessary to the Cuban revolution, facilitating women’s equality and liberation into the workforce, where they were needed to replace the vast numbers of their countrymen who fled the revolution, and to achieve the agricultural miracle that Castro dreamed of.
It has also been essential to the success of Castro’s much-vaunted public health miracle, based on the preventive model praised by the Director General of the World Health Organisation a couple of years ago. Among its achievements Margaret Chan pointed to an infant mortality rate of 4.2 per thousand births – lower than in the United States and one of the lowest in the world.
That would indeed be a credit to the system, but some experts are sceptical. Tassie Katherine Hirschfeld, chair of the department of anthropology at the University of Oklahoma, who spent nine months living in Cuba in the late 1990s studying the nation's health system, reported that “pregnant women are treated with very authoritarian tactics to maintain these favourable statistics.

"They are pressured to undergo abortions that they may not want if prenatal screening detects fetal abnormalities. If pregnant women develop complications, they are placed in ‘Casas de Maternidad’ for monitoring, even if they would prefer to be at home. Individual doctors are pressured by their superiors to reach certain statistical targets. If there is a spike in infant mortality in a certain district, doctors may be fired. There is pressure to falsify statistics."

Adolescents are another group who boost abortion statistics. The Guttmacher Institute would put this down to a limited range of contraceptive methods and irregular contraceptive supplies, and this is no doubt part of the picture.
But where the state dictates the family is weakened and this takes a heavy toll on children growing up. Writing in The Wall Street Journal last weekend, and drawing on earlier reports by former Cuban political prisoner Armando Valladares, Mary Anastasia O’Grady says:

“Children learn about human sexuality from their communist teachers, in purely mechanical terms of course. Generations of teens have been taken away from their families and sent to work camps in the countryside as part of their indoctrination.
“As Mr Valladares wrote in The Wall Street Journal in May 2000, ‘Away from all parental supervision for nine months at a time, children there suffer from venereal disease, as well as teenage pregnancy, which inevitably ends in forced abortion.’ Another reason for high adolescent abortion rates is that teenage prostitutes now populate the streets of Havana, working for hard currency from tourists.”

According to independent journalists writing on CUBANET last month, “the ruling Cuban media claim that ‘the free choice to decide on their reproduction and their future is one of the great achievements of Cuban women in the Revolution’.”
In fact, their not very free choice has made Cuba into an infertile and ageing nation – like many of the despised capitalist countries, only much poorer with it, and much less able to cater for an ageing population. So the communist government is now trying desperately to encourage more births.
Two years ago, according to the Socialist Action website, fully paid maternity and paternity leave was increased to one year. There were also “plans” to expand day-care facilities “as 53 percent of mothers with children four or younger work.”
But after decades of the crassest form of birth control – multiple abortions in many cases -- Cuba’s women are not only infertile in the sense of not giving birth, but also in the sense of being physically unable to. So the “big announcement” of December 2014, according to Socialist Action was …

“… that Cuba would be opening special centers for infertile couples in each of the country’s 168 municipalities. The government says it treated 3000 couples for infertility in 2010, and more than doubled that number in the following three years. The country has also tripled the number of special reproductive technology centers, to three, and there have been 500 births by artificial insemination. They are also increasing the special maternity units where women with high-risk pregnancies can stay full-time.
Dr. Bartolome Arce, chief of Endocrinology and Assisted Reproduction Services, pointed out that the cost of invitro fertilization in most other countries—for example, the United States—is more than $10,000.

Presumably in Cuba it is "free". But how will the country pay? How will it pay at the same time for needs of its ageing population – whose increased longevity has been one of the healthcare revolution’s proudest boasts?
Poor Cuba. After fifty years  of the revolution it has ended up with the worst of both worlds: the demographics of the rich and the economy of the poor. While many of its people fled the country, those remaining sacrificed millions of their children to a future that never arrived.
When that false dream is finally abandoned and Cuba joins the free world again we must offer it the best we have – not our own version of the culture of death.
Carolyn Moynihan is deputy editor of MercatorNet.

Former astronaut John Glenn, who died yesterday at 95, achieved some remarkable firsts. In 1962 he became the first American to orbit the earth, and in 1998 the oldest man, at 77, to travel into space.
As a combat pilot he flew more than 150 missions during World War II and the Korean War. As a test pilot, he set something called  the transcontinental flight speed record. He was a Democrat Senator for 24 years. He became a millionaire.
But for my money his greatest achievement was to stay married to his childhood sweetheart, Annie Castor, for 73 years. He died with her and their two children, David and Lyn, at his bedside.
From the family perspective – starting with marriage at around 22 – his was a life that must seem more exotic to most young people today that his space travel. And where today technology seems to separate man from God, John Glenn’s orbits only confirmed his faith in his Creator. As he said during his 1998 adventure: "To look out at this kind of creation out here and not believe in God is to me impossible."
There is as much to be celebrated in these details of his life as in his daring escapades.
"Godspeed, John Glenn,” they said to him the first time, and Ohio Governor John Kasich echoed that today: "Though he soared deep into space and to the heights of Capitol Hill, his heart never strayed from his steadfast Ohio roots. Godspeed, John Glenn!"
What better salute to an American hero!