Why #CoverageMatters for Women’s Health

Why #CoverageMatters for Women’s Health 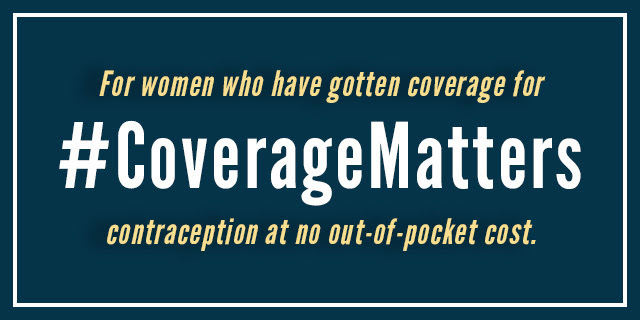 Erin McDonald works for a nonprofit foundation that funds health initiatives in Indianapolis. She helps women address the health issues they face. She describes her job as “trying to help other people get healthier.” Not too long ago, our health care system made it nearly impossible for Erin to improve her own health.
The reason why is that Erin is one of an estimated 65 million in this country with a pre-existing condition. She had sought treatment for migraines and depression, and when insurers learned that, she was denied coverage. Before the Affordable Care Act there were no federal protections for people looking for health coverage. Insurance companies could refuse to sell coverage to people with pre-existing conditions, or with family histories of pre-existing conditions. They could even charge women higher premiums for health coverage or deny them coverage altogether – just because of their gender.
Malala Yousafzai once reminded us all, “we cannot all succeed when half of us are held back.” Our health care system before the Affordable Care Act held much more than half of us back.  So we spoke up, we knocked on doors, we organized and mobilized and we made our voices heard. And in 2010, our nation took a major step forward for women’s health when President Obama signed the Affordable Care Act into law.
READ MORE: Why #CoverageMatters for Women’s Health