Going Strong! Orphan Drug Approvals and Designations Skyrocketed in 2017, While Orphan Drug Designation Requests Dipped Slightly
Posted: 27 Feb 2018 06:57 PM PST
By Kurt R. Karst —
February 28, 2018 is Rare Disease Day. In honor of that day, we thought it would be the perfect time to provide our annual rundown of the past calendar year in orphan drug designations and approvals.  And what a year 2017 was for orphan drugs!  As we’ve previously said, hardly a day goes by that we don’t see a press release or announcement that a company has requested or received from FDA’s Office of Orphan Products Development (“OOPD”) designation of its drug or biological product as an “orphan drug.”  And there’s a good reason for that: FDA received orphan drug designation requests at a near record rate of 1.4 per day (more than 2 per work day) in 2017, and  granted designation requests at a record rate of 1.3 per day (more than 2 per work day) in 2017!

Below are three tables – one for each metric we track – showing the year-by-year numbers since 1983. The numbers are largely based on information from FDA’s Orphan Drug Designations and Approvals Database. 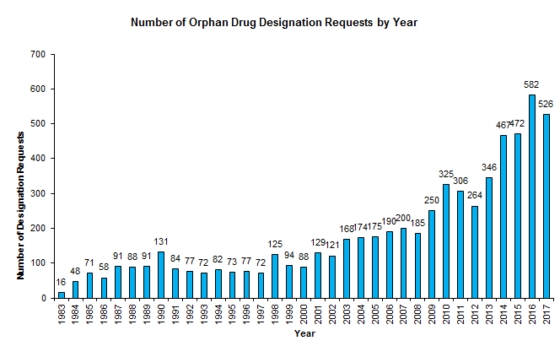 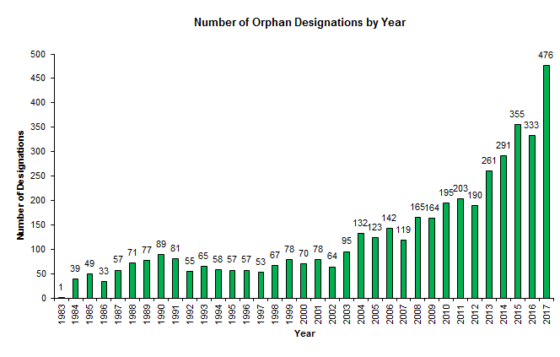 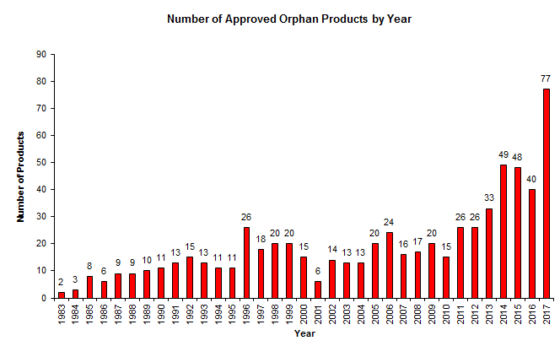 New efforts FDA announced this week could mean that new records will be set in 2018. Those new efforts include a pilot program for more efficient orphan designation requests.  The components of the pilot program include a fillable form intended to make the designation process easier for sponsors and more efficient for FDA to review, an on-line tutorial to guide sponsors through the submission process, and a new inter-center consult process to streamline and standardize the Agency’s communications process.
Publicado por salud equitativa en 11:28