BioEdge: Is fear of nursing homes a reason for Dutch euthanasia?

BioEdge: Is fear of nursing homes a reason for Dutch euthanasia? 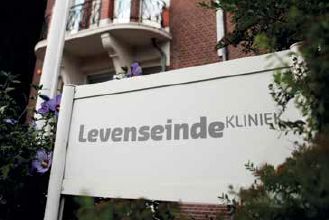 A Dutch euthanasia clinic is being investigated for helping an elderly woman to die because she did not want to live in a nursing home. This is the second time in four months that the Levenseindekliniek (End of Life Clinic) in The Hague has been reprimanded.

Even in the Netherlands, where euthanasia has been legal since 2002, the clinic is controversial. It was set up to cater for patients whose own doctors refused to perform euthanasia and is financed by private health insurance. (Click here for the Leveneindekliniek FAQ.) In the two years after it opened in March 2013, 322 people were killed there.

The official euthanasia monitoring committee says that the clinic had not observed the formal guidelines for euthanasia. In the latest case, a woman in her 80s had been partially paralysed after a stroke. Twenty years ago she declared that she did not want to live in a nursing home, a position she reaffirmed 18 months ago.

However, in order to qualify for euthanasia in the Netherlands, a patient must be ‘suffering unbearably’. The clinic’s doctors decided that this was the case, based on some of her gestures and her repeated use of the words ‘kan niet’ (a common Dutch expression meaning more or less ‘no way’) which they interpreted as ‘I can’t go on any longer like this’.

The commission disagreed. ‘The doctor has based his decision solely on the fact that the patient was in a nursing home,’ says its report. In fact, she seemed relatively happy there.

The clinic says on its website that it stands by its decision to euthanase the woman. ‘If we only have one percent doubt about a euthanasia request, we will not go ahead,’ says its director Steven Pleiter.

The authorities are studying whether to proceed with a prosecution – something which apparently has not happened since euthanasia was legalised. Euthanasia has many supporters in the Netherlands. This week the Dutch Right to Die Association, NVVE, announced that it has signed up its 150,000th member.
Publicado por salud equitativa en 7:51