No One Left Behind: The Legacy of Katrina 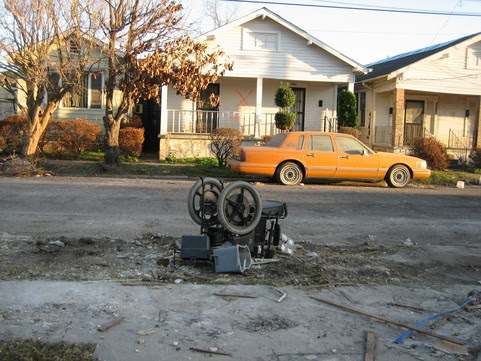 On the ACL Blog, Region XI Administrator Kathleen Otte describes the disproportionate impact of Hurricane Katrina on elders and people with disabilities:
The storm inflicted a terrible toll, killing at least 1,330 and injuring thousands. Older adults and people with disabilities were among the hardest hit. According to a White House report, 71 percent of the people who died in the state of Louisiana during the storm were over the age of 60. And as the National Council on Disabilities (NCD) has noted, "people with disabilities, especially those living in poverty, were disproportionately left behind in Hurricane Katrina."
Otte also describes some of the progress that has been made since then  and the role that each of us must play in planning for emergencies:
No one should be left out of emergency planning, or left behind during a disaster... We can all be a part of the effort to make emergency planning more inclusive and build on the progress that has been made over the last decade. And you do not have to work for FEMA or an Aging and Disability Resource Center to be a part of the solution. One of the most important things each of us can do is develop an emergency plan for ourselves and our families.
Read more and find resources to make emergency planning more inclusive.
Publicado por salud equitativa en 4:31