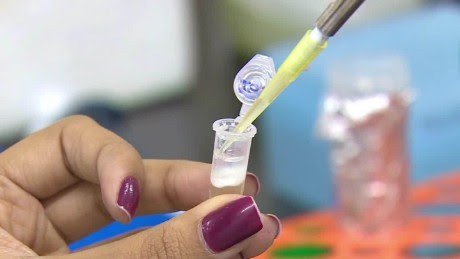 The advent of the Brazil Olympics has stimulated spirited discussion about human enhancement and the ethics of doping. Commentators around the world have focused on the increasing difficulty of justifying and implementing bans on athletes who use artificial means to enhance their performance.

Washington Post columnist Sally Jenkins suggested that the bid to prohibit drugs in the Olympics has amounted to nothing but a “failed social experiment”. She suggests that they should be allowed for pragmatic reasons like avoiding bribery and misuse.

“Athletes should be permitted to consider performance enhancement as a matter of personal conscience and moderate it as they choose, with the above-board advice of their doctors and trainers. It would be a cleaner system for all.”

Writing in The Globe and Mail, Brock University Sports academic Hilary Findlay offered a less controversial but still alarming account of the pandemic of doping in Olympics sports:

“Long-term solutions will be difficult to find. Definitive action needs to happen … a blanket ban on athletes would have been a knee-jerk reaction … But that would do nothing to ensure a clean playing field in Rio, or elsewhere, and would irreparably undermine fundamental values of fairness espoused by the anti-doping movement. Its credibility wholly rests upon upholding these values.”

James Madison University philosopher Alan Levinovitz, also writing in the Washington Post, considered the increasing difficulty in trying to settle on a natural standard against which to compare any alterations (such as prosthetic limbs) made to the human body:

“As biotechnology advances, problems with defining “natural” will only become more pronounced. If parents genetically engineer their children to be stronger or faster, will those children be allowed to compete in the Olympics? Or would it violate the “spirit of sport”?”

Doping and Rio#1: artificial enhancement?
by Xavier Symons | Aug 06, 2016
The Brazil Olympics has stimulated spirited discussion about human enhancement and the ethics of doping.

Doping and Rio#2: game theory
by Xavier Symons | Aug 06, 2016
Does game theory provide us with a justification for banning doping?

X-Men: fine in the movies but not in real life
by Michael Cook | Aug 06, 2016
Americans are sceptical of human enhancement