By Sally Robertson, BScFebruary 5, 2018
Doctors have been given permission to assist two women in becoming pregnant with “three-person” babies for the first time in the UK. 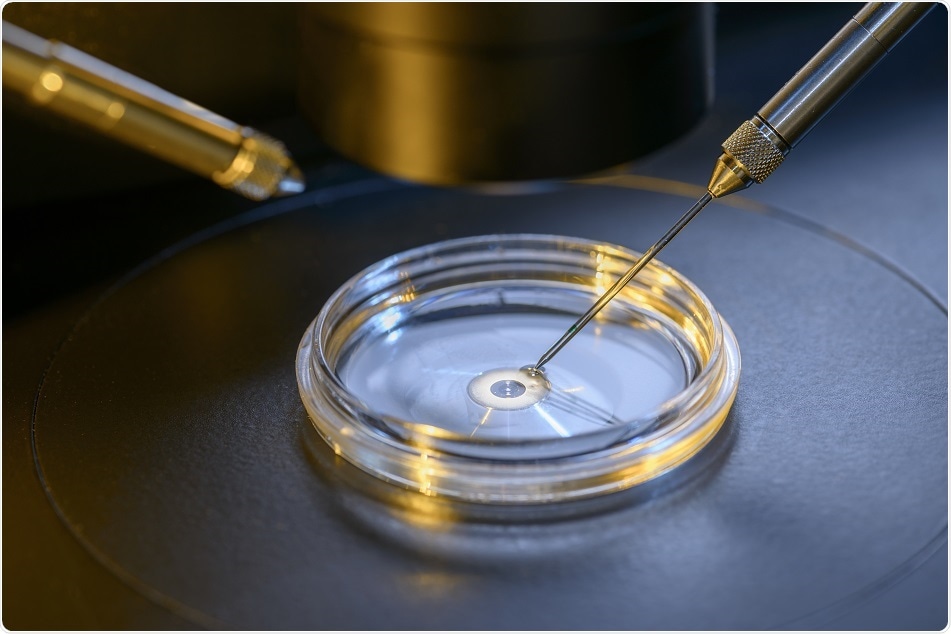 Credit: MidoSemsem/ Shutterstock.com
The two women are said to have a rare mitochondrial disease called myoclonic epilepsy with ragged red fibres (MERRF syndrome), a condition that could prove fatal if passed onto their offspring.
The three-person baby procedure is an advanced form of IVF that uses the mother’s egg, the father’s sperm and a donor egg from a third person who has healthy mitochondria. Since mitochondria have their own DNA, the resulting child inherits DNA from all three people, but everything that defines personality and physicality still comes from the mother and father.

The Human Fertilisation and Embryology Authority (HFEA) approved the decision, saying there was a “considerable risk” that the women could pass on the fatal disease to any children they had. This HFEA approval is required before any clinic can carry out the procedure, which, in this case will take place at the Newcastle Fertility Center.
Director of the Progress Educational Trust, Sarah Norcross, referred to the HFEA’s approval as the latest milestone in seeking to help parents avoid passing on mitochondrial disease to their children.

The pace at which these treatments are being rolled out may seem slow, but this highly regulated and measured approach will ensure the highest standards of treatment and follow-up research. Options which for many years have been tantalisingly out of reach to patients are now a step closer.”
Sarah Norcross, Progress Educational Trust

The UK will not be the first country where children have been born using this technique. It has been used to help a Jordanian couple in Mexico and their child is understood to be healthy.
The Newcastle Fertility Center received the first UK license to create three-person babies in March and anticipates helping 25 couples every year.
Source:
http://www.bbc.co.uk/news/health-42918341
Publicado por salud equitativa en 7:01