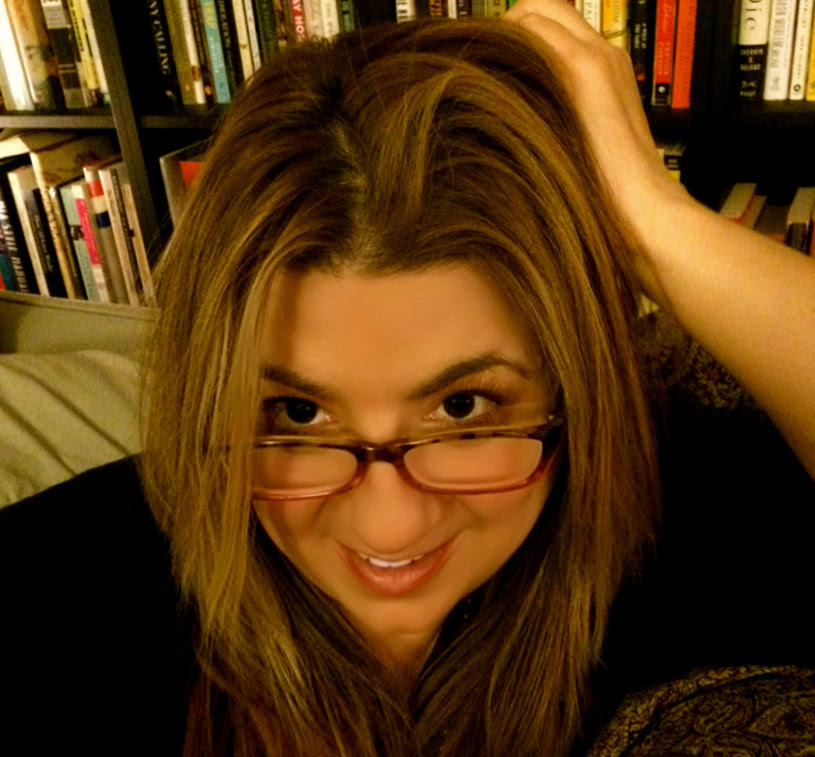 Georgia Hurst
Georgia Hurst is a patient advocate for those with Lynch syndrome. She is the founder of the website and blog: ihavelynchsyndrome.com. She frequently writes about the emotional aspects of having Lynch syndrome, and writes for various websites and journals in order to create awareness amongst the global medical community about this hereditary cancer syndrome. Georgia is a wife and mother, and loves espresso, books, and being bossed around by her adorable dog named Sid.

Two years ago, Angelina Jolie Pitt told the world that she held the BRCA1 mutation.

Discussions (4) >>
Talk about this article with other patients, caregivers, and advocates in the Breast CURE discussion group.
Two years ago, Angelina Jolie-Pitt told the world that she held the BRCA1 mutation; a deleterious gene mutation which significantly increases your chances of developing of breast cancer and ovarian cancer. Angelina’s maternal family history of cancer was the impetus for her to be genetically tested. Soon afterwards, she made the difficult choice to have a preventive double mastectomy. I applaud Angelina’s effort to be so candid with such a private and sensitive issue. She has done a stellar job of using her celebrity to raise awareness for BRCA and for genetic testing. By the way, men are also at risk for inheriting the BRCA mutations; men are also at risk for developing breast cancer and other cancers as well.

Angelina recently disclosed her oophorectomy in The New York Times and discussed it and its consequences: “I had been planning this for some time. It is a less complex surgery than the mastectomy, but its effects are more severe. It puts a woman into forced menopause. So I was readying myself physically and emotionally, discussing options with doctors, researching alternative medicine, and mapping my hormones for estrogen or progesterone replacement.”

While ovaries are paramount for reproduction, science has yet to discover what other purposes they serve and how their removal impacts the body. I, like Angelina, was about 10 years away from menopause and had no idea how precious my ovaries were until they were gone. The younger you are when you have a hysterectomy, the more difficult it is for the body to adjust. Not to minimize the effects of menopause in older woman, but for them menopause is a gradual process. Removing perfectly healthy ovaries from a 40-year-old woman is an entirely different story – you are immediately thrown into menopause – there is no gradual process of adjustment to rapidly decreasing levels of hormones, and therefore you go into what I like to call "forced menopausal shock."

I greatly appreciated that Angelina acknowledged that forced menopause could be exceptionally challenging for women. Various factors will determine how a woman will fare after such surgeries. I was a perfectly healthy 40-year-old woman, with no cancer, no issues whatsoever with my reproductive organs. It has been a highly difficult adjustment for me; of course this situation will differ amongst individuals and each must consider the factors such as health status, age, etc. You’ll never know how you’ll feel until it happens. The hell that followed my prophylactic surgery because of Lynch syndrome was the impetus for my blog: ihavelynchsyndrome.com where I have candidly written about the difficulty of trying to resume some sense of normalcy sans my reproductive organs.

Initially, my doctors underestimated how much hormone replacement therapy I needed and simply put me on a low dose of estrogen. Two months out from my surgery, after my natural estrogen levels plummeted, I found myself on a downward spiral into severe depression and I suffered from migraines, lethargy, nausea, vomiting hair loss, dry skin, and was discombobulated by my ‘new’ body. I struggled for two years following the surgery.

I ate well, tried to exercise as much as could, meditated frequently, and tried hard to accept my new body and to reassure myself that I had made the right decision regarding the surgery, even though I felt so sick. I sought out several new doctors in order to ameliorate my charming new issues. My gynecologist was not helpful, neither was my gynecological oncologist. I began having frequent acupuncture treatments, which I found to be very useful in relieving some of my issues, even if only for a few days.  Eventually I went to an integrative medical specialist who recognized the importance of various combinations of hormone replacement therapy, which I had already suspected myself, and recommended I consider a cocktail of them. He tweaked the dosage of estrogen, and provided me with progesterone and testosterone. Living in Chicago gave me the opportunity to consult with a psychologist who specialized in people with genetic mutations and psychiatrist to help me deal with the psychological and emotional challenges I faced from the loss of my ovaries. Sadly not everyone in this situation has these supportive options available to them.

With the passage of time, the support of my new doctors, various forms of HRT, frequent acupuncture treatments, medications, along with the support of my family and friends, most my issues gradually disappeared. I could not have done any of this without exceptional medical care and additional financial resources.

However, I respectfully disagree with her final statement: “Knowledge is power.” I cannot help but think about the millions of women who have had hysterectomies and oophorectomies in the United States who must suffer in silence. Some women can be so emotionally and physically paralyzed from this procedure that they just do no have the wherewithal to seek additional help. Some women do not have adequate insurance or the resources to get the additional help they need and deserve. Under these circumstances, knowledge is NOT power for everyone. It is important to emphasize how access to costly resources can help in so many ways that are denied to a large portion of the women in this particular population.