blog.aids.gov − Statement From Ambassador Deborah L. Birx, M.D., on the 35th Anniversary of the First Reported Cases of AIDS

blog.aids.gov − Statement From Ambassador Deborah L. Birx, M.D., on the 35th Anniversary of the First Reported Cases of AIDS 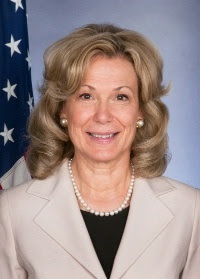 STATEMENT FROM AMBASSADOR DEBORAH L. BIRX, M.D., ON THE 35TH ANNIVERSARY OF THE FIRST REPORTED CASES OF AIDS

Thirty-five years ago, this Sunday, the U.S. Centers for Disease Control and Prevention (CDC) published a report describing cases of a rare lung infection, Pneumocystis carinii pneumonia, in five young, previously healthy, gay men in Los Angeles. One year later, the CDC used the term “AIDS” to describe this condition for the first time. The world – and many of us who were there – would never be the same.
At that time, I was embarking on my career in internal medicine and immunology at the Walter Reed Medical Center. The pain and suffering that I saw in those dark days are indelibly seared in my memory. What I witnessed is not easily forgotten, and it still drives me today.
Our journey together has been filled with heartbreak. We’ve lost friends, colleagues, mothers, fathers, sisters, and brothers. But it’s also been marked by heroism, healing, and hope. In the memory of those we lost, and to save the next generation from the same fate, we’ve pushed on. Because of the courage and conviction of individuals, families, communities, and countries, we’ve begun to reverse the epidemic.
This past September, the global community set an ambitious goal of ending the AIDS epidemic by 2030, and President Obama set bold HIV prevention and treatment targets for PEPFAR to help us get there. This week, as I reflect on the past 35 years – and as world leaders prepare to gather in New York City for the 2016 United Nations High-Level Meeting on Ending AIDS – there were many moments when reaching such a goal seemed impossible.
Today, thankfully, it isn’t. But we won’t reach it easily or without focus. We must combine the power and perseverance of the early AIDS activists with the scientific knowledge and data that we now have in order to get there.
Ambassador Deborah L. Birx, M.D., is the U.S. Global AIDS Coordinator and U.S. Special Representative for Global Health Diplomacy.
Publicado por salud equitativa en 6:16