British Parliamentary Inquiry Into Freedom of Conscience on Abortion

British Parliamentary Inquiry Into Freedom of Conscience on Abortion 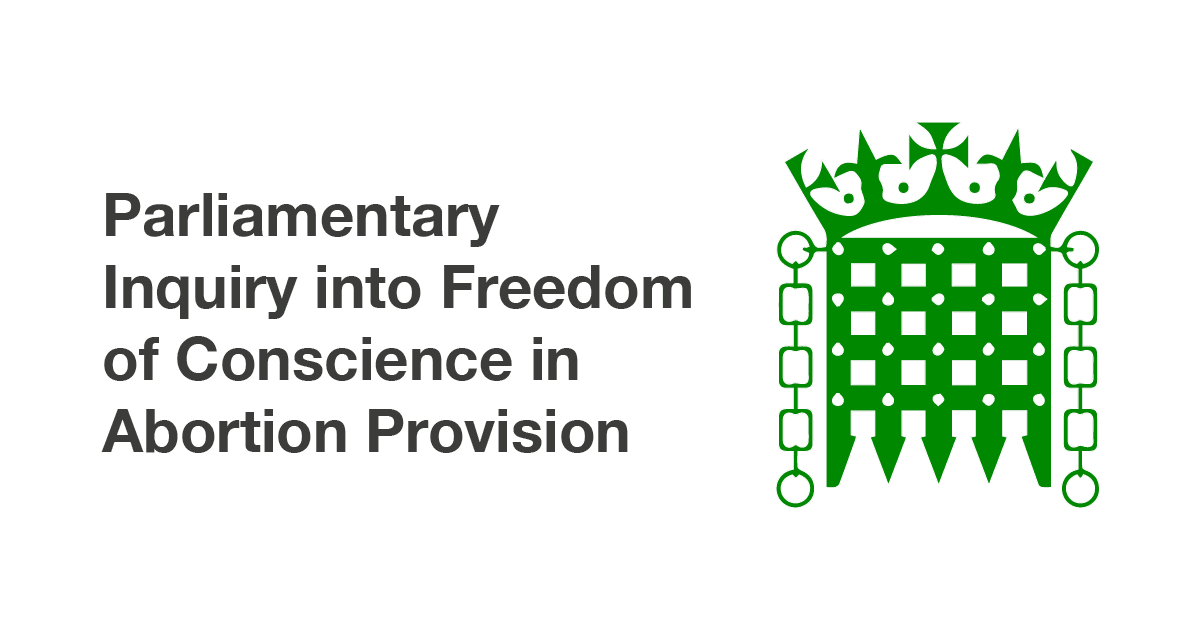 A new UK Parliamentary Inquiry into conscientious objection was launched this month, focusing specifically on the participation of healthcare professionals in abortion.

The Parliamentary Inquiry into Freedom of Conscience in Abortion Provision, commissioned by Tory MP and outspoken abortion opponent Fiona Bruce, will consider the scope and import of section 4 of the UK Abortion Act (1967).  The so-called “conscience clause” of the act requires that “no person shall be under any duty, whether by contract or by any statutory or other legal requirement, to participate in any treatment authorised by this Act to which he has a conscientious objection”.

A call for ‘written evidence’ has been published on the Inquiry’s website, with submissions by July 16. The Inquiry committee is particularly interested in submissions regarding “good and bad practice in the use of the Conscience Clause”.

This new consultation is timely. It provides a great opportunity for anyone with strong feelings on this issue, and especially those with experience of how the conscience clause works in practice, to provide input which may help to shape future law and regulations. It’s an opportunity well worth taking – especially for doctors and nurses.

“What does Brexit mean for bioethics?” is our lead story today. Given that the Leavers were not expected to win and that the pundits have widely different views of the future of the politics and economies of the UK and the EU, it is unwise to be dogmatic on the issue.
However, the question highlights the importance of Britain in the world of bioethics. Britain is the home of utilitarianism, which is the dominant philosophy in bioethical discourse at the moment. The medical and scientific establishment is dominated by a utilitarian mindset which has set the agenda for debates on embryo research, stem cell research and assisted dying around the world. As one cynical writer commented, “when it comes to bioethics, Europe might be better off without Britain”.
There is something in this. Although I am handicapped by a big language barrier, my impression is that from Norway to Italy there is much more depth and diversity in bioethical discourse across the Channel. The Greens and the Christian Churches are much more influential, to say nothing of Continental philosophy, which despises utilitarianism as vacuous and naïve. If England (the pundits all agree that Scotland will secede) loses its biomedical industry to the EU, perhaps utilitarian bioethics will lose some of its funding and its influence. That would be no bad thing, I think.
******
Sorry, guys, but BioEdge will be taking a holiday during July. Our next issue will be in the first week of August.


What does Brexit mean for bioethics?
by Xavier Symons | Jun 25, 2016
Brexit may lead to significant changes in biomedical policy in the UK


Getting down and dirty with bioethics
by Michael Cook | Jun 25, 2016
Oxford don tries living as a badger to expand his horizons


The bioethics of Australia’s immigration detention policies
by Xavier Symons | Jun 25, 2016
Australia’s asylum seeker policies have been subject to intense international scrutiny – even in the world of bioethics.


For some Canadian women, surrogacy is sacred
by Michael Cook | Jun 25, 2016
Getting in touch with your inner earth mother goddess


UK Parliament to study freedom of conscience for doctors over abortions
by Xavier Symons | Jun 25, 2016
A new UK Parliamentary Inquiry into conscientious objection was launched this month.


The ‘joy’ of fathering 22 donor kids
by Xavier Symons | Jun 25, 2016
The American tabloid media was abuzz this week with news that a New York Mathematics Professor had fathered 22 children through informal sperm donation.


Facing a moral dilemma over driverless cars
by Michael Cook | Jun 25, 2016
A practical application of utilitarian theory spurned by the public