Australia urges Cambodia to crack down on surrogacy services

Australia urges Cambodia to crack down on surrogacy services 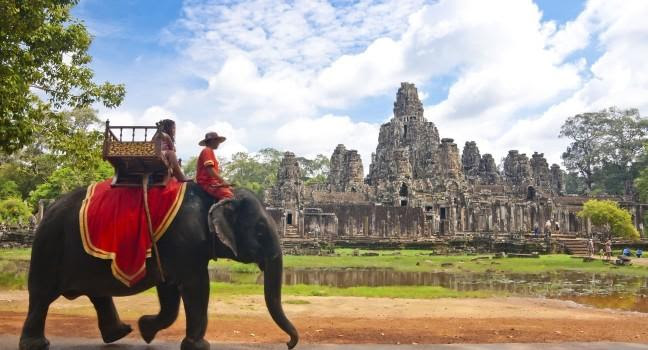 With commercial surrogacy now outlawed in Thailand, India and Nepal, desperate couples are turning to agencies in Cambodia.

Although many surrogacy agencies have shifted their operations to Phnom Penh over the past two years, Cambodian authorities are yet to issue a law regulating or prohibiting surrogacy in the country.

According to the Sydney Morning Herald, surrogacy agencies based in the capital boast of high success rates on their websites, and several babies are believed to have been delivered to Australian couples.

Sam Everingham, the founder of the organisation Families Through Surrogacy, warned of the dangers of entering into surrogacy arrangements in Cambodia:

“We have to be aware that surrogacy is a foreign concept in Cambodia. No laws are in place to regulate the process, leaving both parents and surrogates unprotected”.

Surrogacy is not socially condoned or widely understood in Cambodia, and many of the surrogates in the capital are believed to be Thai women bypassing the new commercial ban in their own country.

The Australian ambassador to Cambodia Angela Corcoran recently met government officials to discuss surrogacy regulation. Officials told Australian representatives commercial surrogacy was banned in the country, though there is no law explicitly prohibiting the practice.
- See more at: http://www.bioedge.org/bioethics/australia-urges-cambodia-to-crack-down-on-surrogacy-services/11968#sthash.z3ff3LDv.dpuf

Yet Costa Rica has been dragooned by an international court into enacting legislation which violates its Constitution. In 2000 it became the only country in the world to ban IVF, based on a Supreme Court ruling that this violated a constitutional guarantee to the right to life for the unborn. Last year, after many legal battles, Costa Rica was ordered by the Inter-American Court of Human Rights to enact legislation enabling IVF -- against the will of its legislature and Supreme Court. “Seven foreigners are making decisions about human life in Costa Rica,” said one deputy bitterly. After more legal tussles, clinics began offering IVF procedures last month.
Regardless of where one stands on the ethics of IVF, this seems like a low point for respect for democracy. An article in Nature crowed over the victory and said that the next goal must be the legalization of abortion. There’s something quite cynical about this. If the Inter-American Court of Human Rights struck down the death penalty in the US, all Americans would be united in their outrage. Voters in the UK supported Brexit because EU courts were suborning UK legislation, amongst other issues. Yet no one is defending Costa Rica’s right to make up its own mind on controversial bioethical problems.
This is The Mouse That Roared with an unhappy ending.


More donating their bodies to science
by Michael Cook | Aug 20, 2016
Rising cost of burials could be responsible


Bioethicist alleges “publication bias” at NEJM
by Michael Cook | Aug 20, 2016
Leading medical journal refuses to back down from controversial article


Australia urges Cambodia to crack down on surrogacy services
by Xavier Symons | Aug 20, 2016
Desperate couples are turning to surrogacy agencies in Cambodia.


The pain of Indian surrogate mothers
by Michael Cook | Aug 20, 2016
Three women tel the BBC of the sorrow of separation


Review: ‘The Ethics of Invention’
by Xavier Symons | Aug 20, 2016
A Harvard academic’s new book on the ethics of technology asks important questions about the regulation of new developments in science and research.