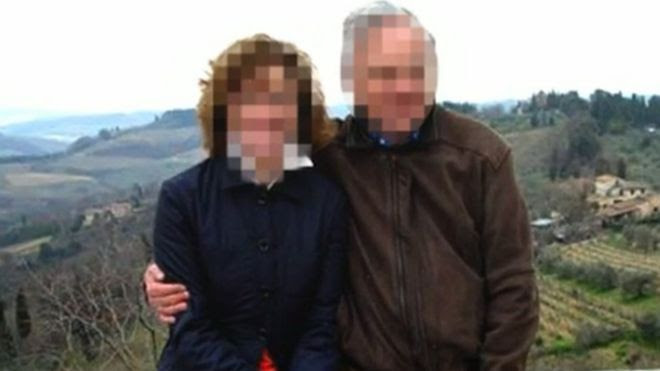 The parents of the baby girl
The birth of an IVF daughter to a 63-year-old Tasmanian woman in Melbourne has exposed a rift in the medical profession about post-menopausal pregnancies. The unnamed woman probably went to an overseas clinic to become pregnant. Her partner is reportedly 78. She is the oldest Australian to have given birth.

The president of the Australian Medical Association, an obstetrician, Dr Michael Gannon, was scathing on Twitter and called for “the mother of all debates” about the issue:

Dr Gannon claimed that giving birth at an advanced age was wrong from many angles:

“As a community, we need to consider the rights of the child, the rights of society, the responsibilities of proper parenting, the health of the parents, the health risks to the child at birth and beyond, and the costs to the health system and the taxpayers that fund it. This must not be narrowly viewed as a women’s rights issue. Nor is it about ageism.”

The birth of a child to a 63-year-old mother was not what the pioneers of IVF had in mind in the late 1970s, he said. “Just because medical science can do something does not mean we have to do it, or should do it.”

However, the president of the Fertility Society of Australia, Prof Michael Chapman, said that no one should judge the woman.

I think we’re all selfish in having babies and one of the main motives of having them is self-fulfilment and selfishness, so I don’t criticise her at all for that. There is also a lot we don’t know about her. Maybe she comes from a wealthy family, maybe there are other family members able to step in and help to look after the child. I can see many situations that might have driven her to this.”

Dr Andrew Pesce, a former AMA president and obstetrician and gynaecologist, called for an official age limit on pregnancies. "It helps in your counselling of people who are very desperate, who are very vulnerable, who may insist on saying, 'I know you're telling me I have no realistic chance of getting pregnant ... but I still want to do it,'" he told the ABC. "It would help clinicians to say 'I'm sorry even though I feel very sorry for you ... I can't because I'm not allowed to'. And I think that would be a good thing."
- See more at: http://www.bioedge.org/bioethics/doctors-dispute-ivf-birth-to-63-year-old-woman/11942#sthash.OxXdBfxh.dpuf


Doping and Rio#1: artificial enhancement?
by Xavier Symons | Aug 06, 2016
The Brazil Olympics has stimulated spirited discussion about human enhancement and the ethics of doping.


Doping and Rio#2: game theory
by Xavier Symons | Aug 06, 2016
Does game theory provide us with a justification for banning doping?


X-Men: fine in the movies but not in real life
by Michael Cook | Aug 06, 2016
Americans are sceptical of human enhancement