Innovation and the Search for Health Care's Tipping Point 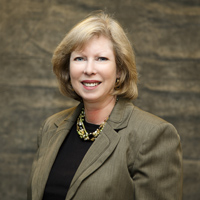 In his groundbreaking 2000 book, the author Malcolm Gladwell

" as "the moment at which big changes follow seemingly small events." Gladwell called the tipping point "a place where the unexpected becomes expected, where radical change is more than a possibility. It is—contrary to all our expectations—a certainty." That moment can sometimes seem elusive for those of us who want to make sure the latest evidence-based information is available to improve quality and safety of care.
The question of how we make change a certainty is the subject of a series of articles published today in the journal Health Affairs

. This special issue of the prestigious journal confronts the topic from numerous angles with multiple papers, some of which reflect the work of AHRQ, at a time when solutions have never been more important.
Often-quoted studies indicate that the average lag time between the development of new evidence and its acceptance into clinical practice is 17 years. This may, in fact, obscure a deeper complexity. Innovation in health care is not simply slow to be adopted; in some cases, providers rush to adopt what appears to be an innovation, based on a single clinical trial, without considering what the body of evidence says about an intervention. But overreacting to new developments, without testing their validity first, is just as bad as underreacting to legitimate evidence.
So how do we strike the right balance?
We at AHRQ have decades of experience in disseminating and implementing evidence. Some of our efforts have been very successful; in other cases, we’ve learned valuable lessons that inform some of the most significant activities that we pursue today.
EvidenceNOW, a major AHRQ grant initiative dedicated to accelerating the use of evidence to improve heart health, is a useful model. As described in one of the Health Affairs articles, we are working closely with 1,500 small and medium-sized primary care practices, through regional cooperatives utilizing practice facilitation. A key element is the project’s reliance on personal interaction. This face-to-face communication is a core aspect of EvidenceNOW's success.
Another technique AHRQ uses to accelerate dissemination and innovation is the Learning Collaborative. Learning collaboratives bring together groups working towards a common goal to allow them to share experience, develop solutions together, and customize evidence to context. Learning collaboratives are useful in many initiatives, fostering dialogue among researchers, health care professionals, policymakers, and anyone working to implement evidence or an intervention. AHRQ has sponsored collaboratives for nearly two decades to support improvements in care quality and value by accelerating the diffusion and implementation of innovation.
In another Health Affairs paper, several of my AHRQ colleagues suggest a taxonomy that offers guidance on the tasks essential to developing successful collaboratives. I want to mention an important lesson we've learned: successful learning collaboratives usually do not arise spontaneously and carry on effortlessly; they require planning, effort, and resources to support infrastructure, tools, and participation.
In my mind, this establishes a prerequisite to answering Gladwell's question. While not a magic bullet, planning and resources may be necessary to make radical change more of a certainty. Successful implementation of new innovations usually requires a sustained effort and commitment, personal interaction, and patience.
But that's okay, because we at AHRQ are no strangers to hard work. Our latest effort is our Patient-Centered Outcomes Research (PCOR) Dissemination and Implementation Initiative, in which we’re searching for the most promising PCOR findings to bring to market. We're working with our colleagues at the Patient-Centered Outcomes Research Institute

, other agencies at the Department of Health and Human Services (including the National Institutes of Health), and clinicians, to ensure that PCOR findings are more widely adopted and integrated into practice in as timely a way as possible.
This ongoing work stands as an instructive exhibit of how the diffusion of innovation is evolving. The flow of new evidence is growing exponentially. But the AHRQ PCOR Dissemination and Implementation Initiative is rightly discriminating; our work must occur only when the body of evidence is strong and shows real potential to make an actual difference in the treatment that patients receive.  We can't say that this initiative will make radical change a certainty—but we firmly believe that it will make measurable improvements much more likely.
In the coming months, we'll have more to share about the initiative. In the meantime, I encourage you to take a look at these thought-provoking articles in Health Affairs, which spell out in detail the challenges of—and potential strategies for solving—the diffusion of innovation.
Dr. Arnold is Deputy Director of AHRQ.
Page last reviewed February 2018
Page originally created February 2018
Internet Citation: Innovation and the Search for Health Care's Tipping Point. Content last reviewed February 2018. Agency for Healthcare Research and Quality, Rockville, MD. http://www.ahrq.gov/news/blog/ahrqviews/health-care-tipping-point.html
Publicado por salud equitativa en 5:17