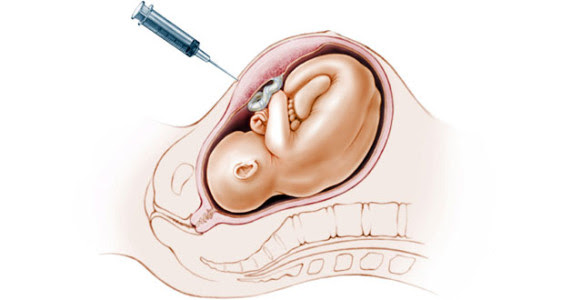 12:362014
Imprimir este artículoCompártelo con tus amigos
👤por OBSERVATORIO DE BIOETICA UCV 0 comentarios
1. Danger of widespread and selective use of prenatal diagnosis
“It’s as though, with the screening for trisomies 18 and 21 (Down syndrome) […] science had given society the right to decide that the birth of certain children was no longer desirable. In this context, parents who wish to continue with the pregnancy are subject not only to the grief that comes with a disability; they also face social reproof for not accepting the scientific option of diagnosis that has been legitimized by law. In France, the widespread use of this screening procedure is based on a scientific proposal, but in practice it has become almost obligatory” (D. Sicard, President of the French National Ethics Committee, Le Monde, 2007). It is worth mentioning that in Italy, termination of pregnancy after 90 days of gestation has increased five-fold between 1981 and 2006 (0.5% vs 2.6% of all pregnancies).
2. Absence of institutional restrictions in the selective use of prenatal diagnosis
An example of a restriction placed on the use of prenatal genetic diagnosis was proposed by the World Health Organization, which explained that the invasive method should not be regulated by mere market laws, within a context of “prenatal consumerism” – a term coined by W. Henn, which also covers non-invasive methods: “Prenatal diagnosis must only be conducted in order to provide information to parents and the physician on the health of the foetus. Prenatal diagnosis used to alleviate maternal anxieties, in the absence of medical indications that justify its use, must be considered of secondary importance in terms of resource allocation, with respect to medically justified prenatal diagnosis” (WHO, Geneva 1998). Age 35 marks the lower limit for the use of amniocentesis – chosen because after this age, the risk of miscarriage associated to this invasive technique is equal to the probability of having a child with Down Syndrome (Prenat Diag 2002), a figure based on a cost-benefit analysis. Here, the cost is represented by the loss of healthy foetuses as a result of the procedure; the benefit is represented by the number of foetuses actually having Down Syndrome.
3. Misleading use of the term “prevention”.
Modern medical science offers few prenatal treatments for genetic disorders (as is the case of prenatal transplants for congenital immunodeficiency diseases, osteogenesis imperfecta, and beta thalassemia, which have already been used in humans although clinical results are less-than-optimal) detected via prenatal genetic diagnosis. A number of authors have alerted to the inherently misleading term “disease prevention”: “Prevention means preventing the birth of individuals diagnosed as being genetically aberrant” (B.L. Eide, 1997). Having access to a method that can diagnose foetal genetic disorders does not justify, save for exceptional cases, the use of preventive interventions, nor does it mean that it will treat a given disease effectively, when compared to a diagnosis conducted at the moment of birth. Still, in some clinical situations the use of invasive techniques to diagnose certain disorders is needed, even though this may mean that parents may need to confront a difficult truth – that the foetus carries a genetic disorder that could not be fully diagnosed using non-invasive genetic testing – procedures which also known for their false negatives.
That is why the following suggestions are given here to ensure that any prenatal diagnostic procedure is performed in keeping with ethically acceptable criteria.
In the case of prenatal genetic diagnosis with limited therapeutic options, the decision to undergo the test in the first place must be carefully weighed in light of any potential risks and benefits for both the mother and child, and:
A. These tests should never be applied routinely or offered systematically, not even in the case of a genetic diagnostic ultrasound (e.g. nuchal fold scan), but instead should be preceded by detailed information on their limitations, risks, implications and therapeutic options within the context of an adequate pre-diagnostic consultation (WHO, 1995), to ensure that the mother is able to make an informed and conscientious decision, while exercising her right to accept or refuse the screening test. When explaining the probability that the foetus has a particular abnormality, medical professionals should never use generic terms (“small”, “negligible”, “high”), but provide their patients with numerical data that has been fully explained. All patients must provide their informed and explicit consent on the number, type and purpose of the tests to be performed.
B. Should a disorder be discovered, the prenatal diagnosis should not be considered concluded (unless expressly requested by the mother) without the participation of a medical professional who specializes in the disorder in question (post-diagnostic consultation, JAMA 2007), who will be able to provide more information on the disorder, any therapeutic procedures that are available and available financial or social support for the family; information on giving the child up for adoption anonymously. The gynaecologist performing the screening test should be in charge of referring his/her patient to the specialist in question (
*Authors: Carlo Bellini, Guido Cocchi, Margerita Gravini http://www.aceb.org
Ethical Considerations in Prenatal Genetic Diagnosis by Doctor Carlo Bellieni*
Publicado por salud equitativa en 7:17