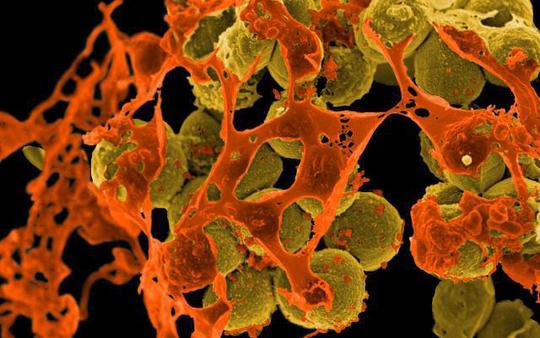 On March 27, the White House released the comprehensive National Action Plan for Combating Antibiotic-Resistant Bacteria, which identifies key ways federal agencies can help combat the rise of antibiotic-resistant bacteria. To guide the implementation of this action plan, the Secretary of Health and Human Services established the Presidential Advisory Council on Combating Antibiotic-Resistant Bacteria. HHS is seeking nominationsof individuals who are interested in being considered for appointment to the Advisory Council. Nominations will be accepted until Wednesday, May 13.

Nominations to the Presidential Advisory Council on Combating Antibiotic-Resistant Bacteria

HHS is seeking nominations of individuals who are interested in being considered for appointment to the Advisory Council.
Nominations: Nominations, including self-nominations, of individuals who have the specified expertise and knowledge will be considered for appointment as public voting and/or non-voting members of the Advisory Council.
A nomination should include, at a minimum, the following for each nominee: (1) A letter of nomination that clearly states the name and affiliation of the nominee, the basis for the nomination (i.e., the desired member category and specific attributes which qualify the nominee to be considered for appointment as a public voting and/or non-voting member of the Advisory Council), and a statement from the nominee (including designated representatives of organizations and/or interest groups) that indicates that the individual is willing to serve as a member of the Advisory Council, if selected; (2) the nominator's name, address, and daytime telephone number, and the address, telephone number, and email address of the individual being nominated; and (3) a current copy of the nominee's curriculum vitae or resume, which should be limited to no more than 10 pages.
Dates: DEADLINE EXTENDED All nominations are to be submitted on or before Wednesday, May 13, 2015.
Addresses:  All nominations should be sent to: Bruce Gellin, M.D., M.P.H., Deputy Assistant Secretary for Health; Office of the Assistant Secretary for Health; Department of Health and Human Services; 200 Independence Avenue, S.W., Room 715H; Washington, D.C. 20201.  Nomination materials, including attachments, also may be submitted electronically to CARB@hhs.gov.
Publicado por salud equitativa en 8:59