Digital intoxication is real. Here’s why 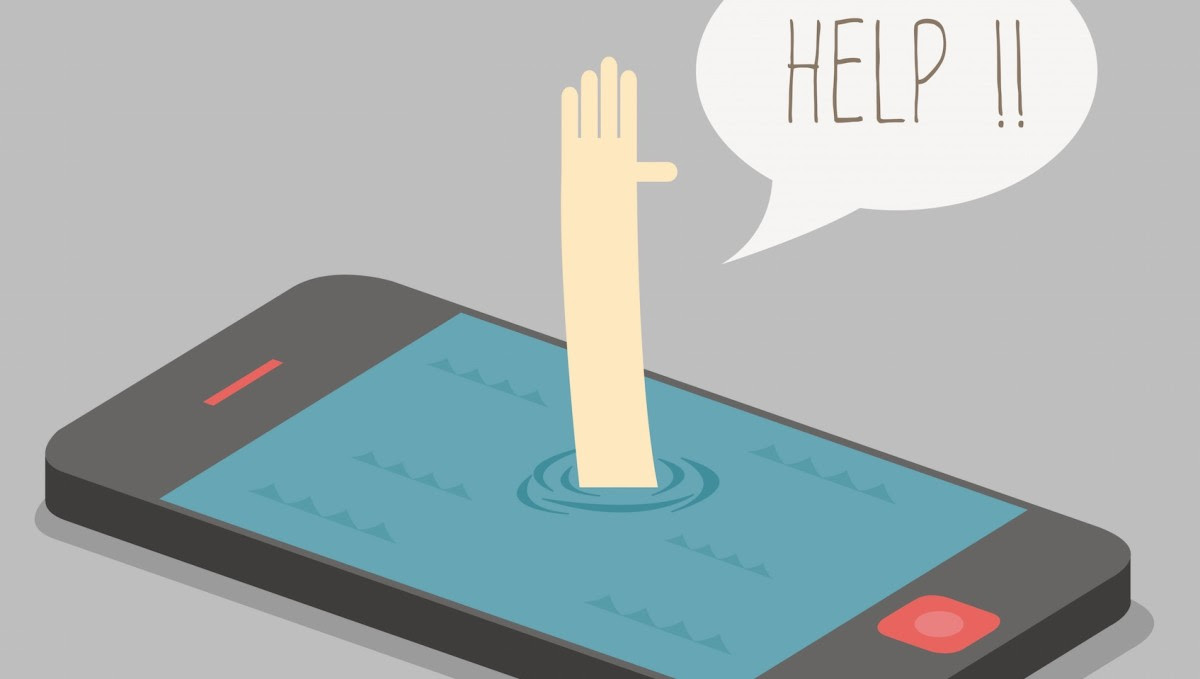 The time has come to speak of digital intoxication: an excessive use of the most common digital tools, such as a computer, tablet or smartphone, to the point of dependency.
A frantic and imbalanced use of these new media can result in more or less serious consequences, be it on the physical or psychological levels, with symptoms and disorders that mirror those of the classic drunkard.
Testing our digital dependency
Let’s do a brief test to see dependent we are on digital tools like the cellphone. Try to respond mentally to these three simple questions:

* Do you feel the need to pick up your phone without a reason during the dead moments of the day?
* Do you keep your smartphone turned on and left on your nightstand when you go to bed?
* Do you bring your phone with you into the bathroom because you are afraid you won’t hear it?

If you responded yes to one or all three of the questions above, don’t worry. You don’t yet suffer from a type of digital intoxication, but you are within the range of average use. You only need to slightly cut down your smartphone used  so that it may become more peaceful and balanced. How?
Here’s are some simple ways: de-activate your email or social network notifications; resist the temptation to pick up your phone every five minutes; do not use it during meals; and turn it off during the night. If you really have an intention to cut back, you can even shut off your cell phone during the weekend and take long walks without it.
If, however, you would rather leave home without your wallet than your smartphone, because you can’t get through the day without it, then the dependency is quite serious. In that case, you are affected by a true digital intoxication.
Symptoms of digital ntoxication
The symptoms of digital intoxication are the direct consequence of imbalanced behavior in the use of new media, to the point of addiction. Here are the most common:
At the physical level:
Text claw, which causes inflammation of the tendons and carpal tunnel.
Torticollis by text. A recent study affirms that 84 percent of young people in the United Kingdom experience pain in the neck and back, caused by excessive curvature in the lower neck from using their smarphones.
Melatonin suppression: LCD lights of digital tools left on in the bedroom during the night suppress the production of natural melatonin by 22 percent.
(Editor: And don’t forget selfie elbow – the latest in a long line of digital ailments.)
At the psycological level:
Phantom vibration syndrome, which occurs each time that a person mistakenly checks the smartphone believing that it has vibrated.
Psychological stress: A direct, causal relationship exists between the regular use of social networks and our emotional and psychological states. These states caused by excessive use are fear, anxiety, loneliness, jealousy, sadness, and difficulty concentrating. In general, those who frequently use social networks exhibit much higher percentages of negative moods than those who have a normal and controlled usage, according to recent scientific studies.
Digital intoxication and sociability
We cannot forget the purely social aspects, such as encountering, socializing and celebrating with others. These are certainly diminished if, instead of a healthy person to person chat, we prefer a long-winded chat on WhatsAPP.
Besides feeding a constant anxiety because of an expectation to immediately respond to others, excessive digital use has strong repercussions on our capacity to be convivial in our families, workplaces, and among friends. It basically interferes with our capacity to be in others’ company. This happens above all at the table, where it is already a custom to have your fork in one hand, and your smartphone in the other. And it is primarily at the table, at mealtime, when people give in to the temptation to glance at their screens. To prefer the tablet to the conviviality of the tableincreases the risks of digital intoxication even more.
Digital intoxication and productivity
There are even repercussions in the workplace. A strong consumption of digital products causes a loss of concentration, memory, reasoning, and calculation. Here is some data from other studies:

* The University of California discovered that those with dependency dedicate only 11 minutes to accomplishing a task before being distracted by digital activity.
* You would need 120 minutes a day to recover the time wasted on digital distractions during work.
* Students interrupted by digital tools during their study time decreased their exam performance by 20percent.

Technology is quite useful; it simplifies our life and often saves it. But we must not exaggerate its use and remain always attentive to not exceed certain limits. Otherwise the risks of digital intoxication make themselves felt and we suffer the consequences.
Fabrizio Picarelli is the web editor of Rome-based Family and Media. This article is reproduced with permission.

Motherhood has made a surprising appearance in the contest for the leadership of the British Conservative Party and Prime Ministership. Andrea Leadsom, who supported "Leave" actually addressed the party's leadership conference about babies brains and the importance of the first two years of a child's life for its attachment to the mother -- and father, as Shannon Roberts notes today. She realises that there is something wrong with building the workforce around mothers with young children. And legions of mothers agree with her.

Of course she was put in the stocks by the media for talking about her children (3) butLaura Keynes says there were other issues simmering in the background. I don't know whether she is PM material or not, but I hope she has a good run