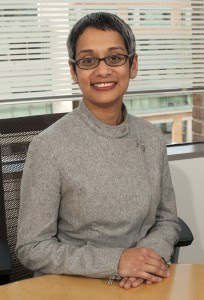 The Rise in Orphan Drug Designations: Meeting the Growing Demand
By: Gayatri Rao, M.D., J.D.
Developing drugs for rare diseases, once considered a rare phenomenon itself, has fast become a mainstay for many companies’ drug development pipelines. This is exciting news for the 30 million Americans with rare diseases and … Continue reading →

By: Gayatri Rao, M.D., J.D.
Developing drugs for rare diseases, once considered a rare phenomenon itself, has fast become a mainstay for many companies’ drug development pipelines. This is exciting news for the 30 million Americans with rare diseases and their families.

Congress played no small role in making this a reality when it passed the Orphan Drug Act in 1983.  One of the key features of this Act was the creation of the Orphan Drug Designation Program, which provides important financial incentives to encourage companies to develop drugs and biologics for rare diseases. This legislation includes major tax credits to defray the cost of conducting clinical trials, as well as eligibility for seven years of market exclusivity. As a result of later amendments to the Act, no user fee is required for orphan drug product submissions, except when an application includes an indication for a non-rare disease or condition.
The number of requests for orphan drug designation received by FDA’s Office of Orphan Products Development (OOPD) has grown dramatically in recent years and is prompting FDA to adjust its timeframes for reviewing orphan drug designations in order to meet the demand. In 2014, we saw a 30% increase over the prior year’s record number. Yet, that record was broken the very next year when we received close to 470 requests. And the pace does not seem to be slowing. In fact, comparing the number of new requests received so far in 2016 with the corresponding date in 2015, there appears to be yet another 30% increase.
We strive to review these requests in an efficient and timely manner because we understand how critical designation can be for companies to move forward with their drug development plans. At the same time, we endeavor to safeguard the intent of the Orphan Drug Act by conducting a thorough review to ensure that the drugs we designate fully satisfy the criteria for designation and the financial incentives associated with designation.
While there is no statutory or regulatory review deadline, it has been our internal goal to review 75% of designation requests within 90 days of receipt. By streamlining our programs, modifying work priorities, and restructuring workloads, we have generally been able to meet or exceed that internal goal. However, the sustained increase in designation requests over the last three years, coupled with the increasing number of incentive programs and competing workload priorities, have forced us to reconsider our internal review target. Reviewing these applications in an efficient and timely manner continues to be a top priority, but to ensure we continue to conduct these reviews with the appropriate level of care and consideration, our current goal is to review on average 75% of designation requests within 120 days of receipt.
We will continue to evaluate workload in relation to resources, and may need to further adjust review timelines in the future.
Companies can play a critical role in ensuring that the new review timeframe does not translate into a delay in obtaining orphan drug designation by doing their part to reduce the number of review cycles needed (i.e., when OOPD needs additional information from the sponsor prior to determining the outcome of an orphan drug designation request).
On average, a request for designation today goes through two such review cycles. Sponsors can shorten this process by ensuring that designation requests are complete and fully address all requirements. We recommend sponsors review the information atwww.fda.gov/orphan for helpful hints and FAQs when developing their requests.
The rise in the number of requests for orphan drug designation holds promise for the future of rare disease drug development. We remain committed to the timely and effective administration of the Orphan Drug Designation Program with the shared hope of bringing safe and effective products quickly to the patients who need them most.
Gayatri Rao, M.D., J.D., is FDA’s Director for The Office of Orphan Products Development
Publicado por salud equitativa en 5:28