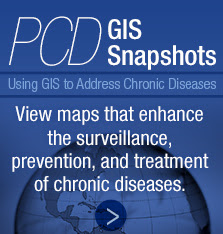 The home is a significant source of secondhand smoke exposure (SHSe) (1,2). Despite support for smoke-free public policies (3,4), research documenting support for policies in personal living areas is limited (5). Because smoke can penetrate building cracks and move through doorways and stairwells easily (6–8), people in multiunit housing (MUH) complexes are vulnerable to SHSe from neighboring units and common areas (9). One-third of American housing units are rented; 65% are in MUH complexes (10). Thus, MUH complexes are important settings for addressing the risks of SHSe. One study detected nicotine in 89% of nonsmoking homes among 49 low-income multiunit residences (9); another estimated that SHS infiltrated the homes of 27.6 to 28.9 million MUH residents with smoke-free home rules in the previous year (11). Those in affordable MUH are at higher risk of SHSe than those in other types of MUH and the general population (9). Women and people living below the poverty line are more likely to live in MUH (11). Additionally, children and the elderly are more likely to live in affordable MUH, and a substantial proportion of MUH residents have a chronic condition exacerbated by SHSe (eg, asthma) (9).
Research suggests that smokers living in MUH with smoking restrictions may be more likely to reduce or quit smoking, particularly indoors, resulting in less SHSe (12). Moreover, most MUH residents support a smoke-free MUH policy (13–16). However, much of this research has focused on certain cities (13,17,18) or states (13–16). One national survey of US adults living in MUH (19) reported that 29% lived in a smoke-free building and of those with personal smoke-free home policies, 56% supported a complete smoke-free MUH policy. Efforts to support or oppose tobacco control policies use arguments related to the impact of such policies on health, economic issues, prevention of youth tobacco use, individual rights, hospitality, and morality (20–22). However, to our knowledge, no research has examined the most persuasive messaging strategies that support or oppose MUH smoking policies or examined these issues in a nationwide sample.
This study drew from a socioecologic framework (23) and examined 1) sociodemographics in relation to level of smoke-free MUH policies, 2) sociodemographics and level of smoke-free MUH policies in relation to level of cigarette consumption and past year quit attempts among current smokers, and 3) sociodemographics, smoking status, and level of smoke-free MUH policies in relation to support for smoke-free MUH policies in a sample of US adults living in MUH with representation from key groups such as smokers and racial/ethnic minorities. We also examined the persuasiveness of messaging strategies in support of and in opposition to smoke-free MUH policies. A primary aim was to compare reactions to tobacco control policies in the southeastern United States (where tobacco control is lagging) with reactions in other regions.