NIH has launched the Next Generation Researchers Initiative to bolster support for early-stage and mid-career investigators to address longstanding challenges faced by researchers trying to embark upon and sustain independent research careers. 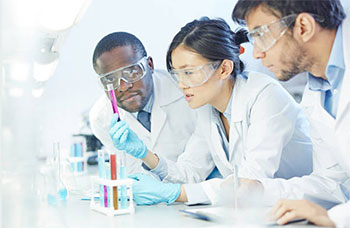 NIH and its stakeholder community have for many years been concerned about the long-term stability of the biomedical research enterprise. Too many researchers vying for limited resources has led to a hypercompetitive environment. Many highly meritorious applications go unfunded. This has too often resulted in misaligned incentives and unintended consequences for talented researchers at all career stages who are trying to succeed and stay in science.  The current environment is particularly challenging for many new- and mid-career investigators.Over the last several years, NIH has taken numerous steps to balance, strengthen, and stabilize the biomedical research workforce.
However, these measures have only taken us so far. While the percentage of NIH awards that support early-career investigators has gone from declining to flat, these gains have been offset by a decline in the percentage of NIH awards that support mid-career investigators. To ensure the long-term stability and strength of the U.S. biomedical research enterprise, the pool of NIH-funded researchers must be balanced such that the greatest number of early stage and mid-career researchers are enabled to tackle tough research questions to improve the health of all Americans. This conclusion is widely shared both within and outside of NIH. In fact, the 21st Century Cures Act, which became law in December of 2016, instructs the NIH Director to promote policies that will encourage earlier independence and increased funding for new investigators.With feedback and input from the research community, NIH is proposing a number of steps to enhance the potential of the next generation of researchers:

NIH will take a multi-pronged approach to increase the number of NIH-funded early-stage and mid-career investigators and stabilize the career trajectory of scientists by:
Publicado por salud equitativa en 14:19