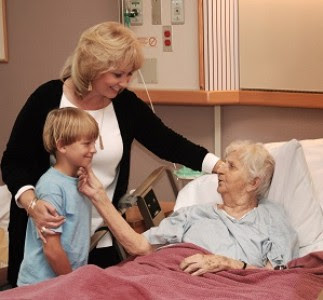 12:122013
Imprimir este artículoCompártelo con tus amigos
👤por Manuel Zunin
The normal treatment given to the patient should not be abandoned even when he faced an inevitable death.
On many occasions, when it is necessary to choose between euthanasia or dysthanasia, and we conclude that it is better to resort to the first in order to avoid the terrible extremes of the second, we often find that the debate is not always supported by rational and medical evidence and that it becomes apparent that both euthanasia and dysthanasia are both hampered by significant ethical issues.
As regards dysthanasia, Alfonso Aguiló (www.interrogantes.net) offers a precise summary of why dysthanasia is not an acceptable practice, stating that: 1) when faced with an inevitable death, it is fair to make a conscientious decision to reject any treatment whose only aim is to precariously and arduously prolong life; however, the normal treatment given to the patient in similar cases should not be abandoned;  2) and no patient should ever be forced to accept a treatment whose application, while currently in use, has not been fully proven to be safe or is too costly. Rejection of these treatments is not tantamount to suicide: instead, it is a serene acceptance of the arrival of death, or rather the wish to not incur further costs or strain on their family or society; 3) in the absence of other means, it is fair to resort to therapeutic measures still in their experimental phase and not entirely risk-free, with the consent of the patient; and 4) it is equally fair to abandon the treatment using these means if the results fail to meet the objectives of the treatment. The wishes of the patient must be taken into account as should the opinions of competent physicians involved in the case.
Along these same lines, Msgr. Ángel Rodríguez Luño, in a conference offered on 9 February 2012 at the Catholic University of Murcia, stated that “no one can deny the idea that all citizens have the right, in principle, to reject any treatment which they feel is inappropriate, even though it is recommended by their physician. It is up to their personal conscience to decide whether this rejection of treatment in their particular case is compatible with the ethical duty to ensure their good health. Yet legally and politically, this right to self-determination must be recognized by all those who work in the therapeutic field, which is expressed in the code of ethics regarding informed consent.  At stake here is the principle of freedom; under which the physician cannot be forced to work against scientific practice and his/her conscience”.
It is widely agreed that it is unreasonable to insist on futile or essentially useless treatments for patients whose death is imminent; the only reasonable attitude is to accept their terminal situation, alleviate their suffering through palliative care and provide them with the emotional and humane support they need to ensure the best possible conditions under which to live their final momentsI also believe that it is abundantly clear that during the terminal or near-terminal stages of many illnesses there is a legitimate diversity of opinions regarding which medical opinions are the most appropriate. This issue should be resolved through clear and calm dialogue between doctors, patient (if he/she is able to understand and assess their situation) and his/her family. The resulting relationship between them has very rightly been described as a therapeutic alliance.
It is our belief that this therapeutic alliance, this constructive dialogue between the patient, his/her family and the medical professionals responsible for his/her treatment is the only viable option that could effectively combat dysthanasia, although admittedly, it is not always easy to harmonise the criteria of all three parties while respecting patient autonomy and the freedom of the physician to adequately fulfil their function as healer, and barring this possibility, to subsequently exercise the physician’s right to conscientious objection.
Dysthanasia
Publicado por salud equitativa en 6:06