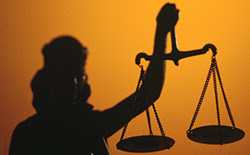 According to the October 2014 Announcements, when are applications for the Public Health Law Program spring 2015 internships and externships due?

Following a wave of states turning to social impact bonds (SIBs) to help finance innovative public health initiatives, two bills recently introduced in the US House of Representatives and Senate, both with bipartisan support, would authorize greater federal participation in states’ efforts to use SIBs to promote public health. As part of PHLP’s ongoing efforts to monitor the development and use of these innovative public health financing tools, PHLP created this issue brief to outline key provisions and authorities of the Social Impact Bond Act (HR 4885) and the Pay for Performance Act (S.2691).

Quotation of the Month