Natural Cycles has won European certification, but Business Insider wants to scare you off such methods. 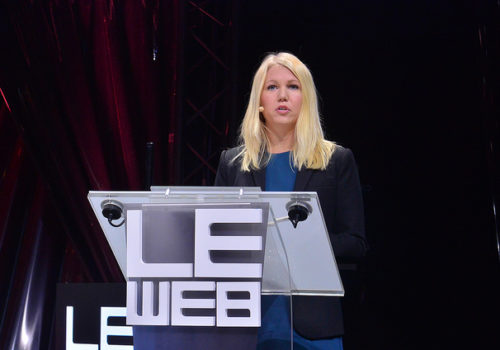 Elina Berglund at a conference. Courtesy of LeWeb 2014 / Flickr

Last week the Swedish app Natural Cycles made international news coverage with their breakthrough European certification. Among others, the online magazine Business Insider reported the event in a fairly extensive article on the topic. However, the magazine, which is read by over 70 million individual readers every month, tainted the announcement with partial and uninformed views, to a point that can mislead many readers to question the viability of FABMs.

Natural Cycles is an app that was designed by two physicists, Elina Berglund and her husband Raoul Scherwzil. The app is based on the user’s daily basal temperature (lowest temperature of the day, first thing in the morning), and it calculates her fertile window using a proprietary algorithm. The user and her spouse/partner can choose to abstain during that period if they would like to avoid pregnancy, or to have intercourse if they are trying to achieve pregnancy. Currently over 150,000 women in 161 countries already use the app.
The app was clinically tested and approved by the Tüv Süd, a German inspection and certification agency, allowing the UK’s Medicines and Healthcare products Regulatory Agency (MHRA) to recognize the app as a medical product. This is good news for the FABM industry as a whole, as it gives a more official place to FABMs within the family planning and women’s health sector.
The manufacturer conducted two rounds of extensive clinical trials. The second study collected data from over 4,000 women aged 18-45 and showed a perfect use effectiveness rate of 99.5% and a typical use effectiveness of 93%, which is equivalent to the pill (99.7% and 92.5% according to the CDC).
Business Insider related the news and treated the industry as a whole with great skepticism. The general stance of the article is that, while the apps received a great report, the usefulness of FABMs and such apps is extremely limited: “Problem is, they (‘fertility awareness-based’ methods) aren’t always reliable, because human bodies aren’t always reliable.”
Here is their argument, and our response:
It is true that the CDC officially cited this low effectiveness rate in a 2011 report. However, the report is based on a study that used a low quality research methodology[i]. In this retrospective survey, the research team asked pregnant women to recall the method of birth control they were using when they got pregnant. In a letter published in the American Family Physician, Dr. Marguerite Duane, co-founder of FACTS, explains that not only is recall a weak indicator, but any method that sounded like a periodic abstinence method, including the obsolete, ineffective rhythm method, was put in the “Fertility Awareness” group. “This lumping together of FABMs or NFP methods old and new masks important differences in their effectiveness” she writes. It’s as if they had put all physical devices like the IUD and the condom in the same category and classified them as having one lower effectiveness rate with typical use.
An article from the FACTS team published in May 2013 by the Osteopathic Family Physician Journal[ii] shows that the top three FABMs have a perfect use effectiveness of 98.1%-99.6% and a typical use rate between  90.5 to 97.8%. Those numbers are far from the 24% failure rate reported by the CDC. 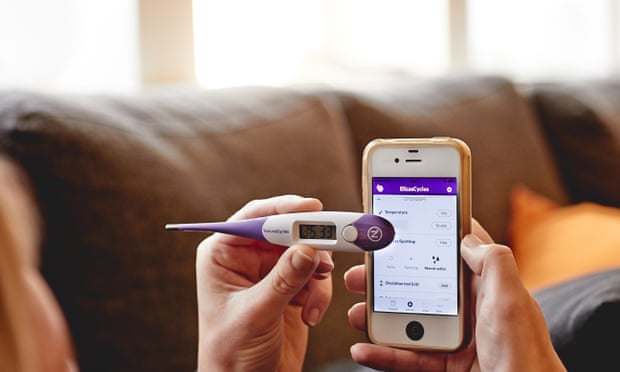 The Natural Cycles app Photograph: Danijela Froki/Natural Cycles via The Guardian
While Natural Cycles offers a well-researched option of FABM, we would argue that methods like Sympto-Thermal, Billings or Creighton, all methods with extensive clinical trial that have also been evaluated by international organizations such as the World Health Organization[iii], have similar effectiveness rates. These evidence-based methods are also beneficial in health literacy. Women learn not only to track their signs, but also to interpret the data in order to calculate the fertile window on their own. That knowledge is invaluable. These methods also have worldwide networks of instructors that can assist women in the interpretation of their charts.
With the exception of the Standard Days Method, which is effective only for women whose cycles fall consistently within a range of 26-32 days, all evidence-based Fertility Awareness Based Methods’ effectiveness rates apply regardless of the cycle irregularity. The physical signs used by these methods (cervical fluid, temperature, and/or LH level) are present even when their cycle is longer or shorter than usual or than a normal cycle and still enable women to calculate their fertility window.
This is not a limiting factor specific to FABMs. FABMs do not protect from STIs, but neither does the pill or most other contraceptives methods.
While it is true that the partner must cooperate in order to achieve the effectiveness rate of FABM, one can argue for example that a partner can be convinced to cooperate as he learns about the reasons and the benefits of doing so. Couples who are motivated to avoid pregnancy manage to abstain. Once a woman acquires the habit of tracking her cycles, keeping track of safe days is scarcely more difficult than remembering to take the pill every day.  Evidence-based FABMs also have provisions for women who take medications that can impact their signs, so that the effectiveness rates remain high.
We congratulate Natural Cycles for this achievement of the certification and the hard work that went into it. We also recommend this article for anyone seeking to use an app, as not all of them provide the same level of effectiveness. Finally, for our friends in the media, we highly recommend referring to our medical colleagues and partners FACTS, who are experts in this field, and regularly select and publish authoritative research about FABMs.
[i] Trussell J. Contraceptive Efficacy. In Hatcher RA, Trussell J, Nelson AL, Cates W, Kowal D, Policar M. Contraceptive Techology: Twentieth Revised Edition. New York NY: Ardent Media, 2011.
[ii] Manhart MD, Duane M, Lind A, et al. Fertility awareness-based methods of family planning: a review of effectiveness for avoiding pregnancy using SORT. Osteopathic Fam Physician. 2013;5(1):2–8.
[iii]  Family Planning, A Global Handbook for Providers, World Health Organization, 2011 http://apps.who.int/iris/bitstream/10665/44028/1/9780978856373_eng.pdf
Anna Migeon is the co-founder of Natural Womanhood, a MercatorNet partner site. Her article is republished here with permission.
- See more at: https://www.mercatornet.com/family_edge/view/a-fertility-awareness-app-gets-official-nod-and-fake-news-treatment/19415#sthash.kz4Q1cPz.dpuf

Can we all just stop talking about Donald Trump for a few minutes? Because if we were all talking about Hillary Clinton instead and Mr Trump had become an historical footnote, America’s problems would remain.

And those are what should worry us, not his spats with journalists. In today’s lead story Marcus Roberts directs readers towards a searing analysis of the crisis of work in the US. Economist Nicholas Eberstadt points out that the unemployment figures are terribly misleading. Economists tell us that the current rate is 4.8%, almost full employment.

But Eberstadt shows that for every unemployed man there are three who are not even looking for work. They just sit around and do not much of anything. As he points out, it is a huge loss of human potential. Read all about it.