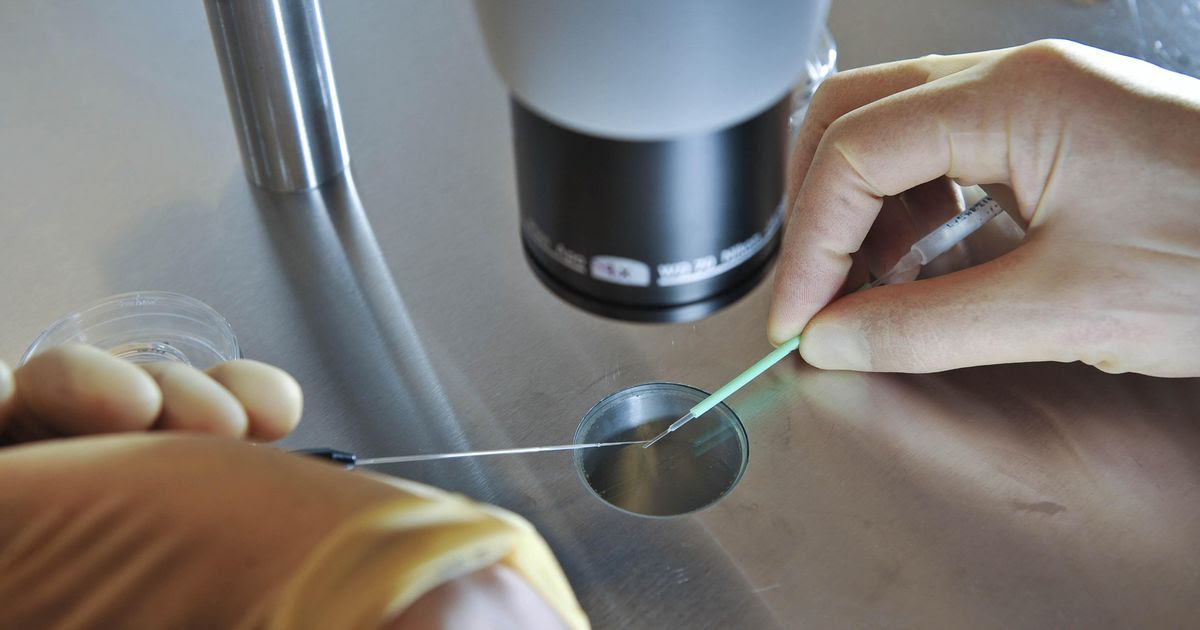 A genetically engineered baby could be born in the UK before Christmas. The UK government has given a licence to Newcastle University to create three-parent embryos to combat mitochondrial diseases.

The UK’s fertility authority, the Human Fertilisation and Embryology Authority(HFEA), had already announced in December that licences for the controversial procedure were to be granted on a case-by-case basis. It appears that a number of couples have applied for the procedure, so the University will have no trouble in enrolling patients.

Sally Cheshire, chair of the UK’s fertility authority, said: “I can confirm today that the HFEA has approved the first application by Newcastle Fertility at Life for the use of mitochondrial donation to treat patients. This significant decision represents the culmination of many years hard work by researchers, clinical experts, and regulators, who collectively paved the way for Parliament to change the law in  2015 to permit the use of such techniques.

“Patients will now be able to apply individually to the HFEA to undergo mitochondrial donation treatment at Newcastle, which will be life-changing for them, as they seek to avoid passing on serious genetic diseases to future generations.”

“We had hoped that the HFEA would have listened to the thousands of people who have expressed concern about three parent embryos. Instead it has ignored the alarm bells and approved a procedure which will alter the human genome. It is at the very least reckless and irresponsible given that we have absolutely no idea what the long term consequences are to us interfering with the human genome.

"Whilst we are deeply sympathetic to the plight of people with mitochondrial related diseases, the end does not always justify the means. Our understandable search for therapies to help overcome illness and disabilities must be done in an ethical way and balanced against the unconditional acceptance of all human beings, whatever differences they may have."

One of the star exhibits in the Royal College of Surgeons' Hunterian Museum of anatomy in London is the skeleton of Charles Byrne, an 18th Century Irishman who was about 8 feet tall. However, the museum is to close in May for renovations and there are calls to use the opportunity to remove or bury the remains. Does this make sense?
A celebrity in his day, Byrne died in 1783 of ill health and drink in London. He knew that John Hunter wanted to dissect him after his death, so he directed his friends to sink his body in a lead-lined casket in the English Channel. Alas, Hunter succeeded in stealing the body anyway and it eventually turned up in a display case.
Similar events darken the history of the Australian state of Tasmania. The last full-blood Aboriginal Tasmanian, William Lanne, died in 1869. Although the story is murky, it appears that before his funeral the Surgeon-General of the colony, William Crowther, stole his head for “scientific study” and someone else removed his hands and feet. There is no record of scientific studies. Crowther went on to become premier, and an impressive bronze statue of him was erected in the centre of the city.
The last full-blood Aboriginal woman in Tasmania, Truganini, was terrified that the same thing would happen to her and directed that her body be cremated. Her wishes were ignored and her skeleton ended up in a display in the Hobart Museum. It was finally cremated in 1976.
Nowadays body-snatching would not be tolerated (although the Hunterian Museum still refuses to remove Byrne’s body from display). But the notion that scientific curiosity is its own justification persists. University of Tasmania historian Stefan Petrow points out, that the fate of Lanne and Truganini demonstrate “the hegemony scientific knowledge sought to establish over fundamental human rights such as a decent burial”. Can’t the same thing be said about some aspects of stem cell research?