David Altshuler and Henry Louis Gates: Race in the Age of Genomics - WSJ

David Altshuler and Henry Louis Gates: Race in the Age of Genomics - WSJ

Race in the Age of Genomics

Uncomfortable truths must be dealt with, but we should stick to facts and call out rampant speculation.

By
DAVID ALTSHULER
AND HENRY LOUIS GATES JR.
Writing just before the outbreak of the Civil War, the fugitive slave Harriet Jacobs paused in her passionate attack on the evils of slavery to question its underlying justification: the biological fixity of race and the view, then written into law and culture, that inborn characteristics make some human beings fit by nature to be held in bondage to other human beings. "And then who are Africans?" Jacobs asked. "Who can measure the amount of Anglo-Saxon blood coursing in the veins of American slaves?"
Jacobs, who was of mixed ancestry, could hardly have imagined that a century and a half later widely available technology would make it possible to answer her question. Genetic testing can determine the proportion of any individual's ancestors who lived in Africa, Europe, Asia or the Americas, and can identify specific genes that influence traits such as skin color or risk of disease. But Jacobs probably would not have been surprised to learn this science tool would be twisted for political ends and to justify the advantages of some groups over others.
Genomic technology has now made it possible to sequence an individual's genome for as little as $1,000, and to determine aspects of ancestry and genetic risk for under $100. Scientific journals and the media are filled with stories about the role of genetics in disease, making clear the role that DNA plays in shaping individual characteristics. As more becomes known about DNA, the impulse to view race strictly through the lens of genetic inheritance is gaining force.
The most prominent example is a new book by New York Times science writer Nicholas Wade, "A Troublesome Inheritance: Genes, Race and Human History." The book starts by describing advances in genetic science, then proceeds to speculate about how human evolution and genetics shaped human culture and history. Such an approach takes square aim at the idea that race is a social construction—defining groups of people according to whatever criteria societies choose to impose—and encourages the framing of this matter as a conflict of political correctness vs. scientific truth.
That is an unfortunate development, because the rise of genomics just adds texture to an age-old question: What does "race" mean?
Enlarge Image 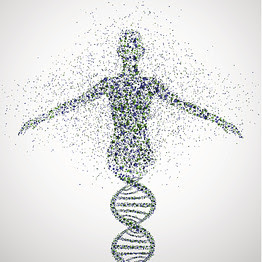 Getty Images
One challenge in answering the question is that different people have used the word in different ways across time. Yet the thread running through most racial theorizing since the 18th century—when Carl Linnaeus, Georges-Louis Leclerc (Count de Buffon) and Immanuel Kant first defined the races of man—has been the ranking of human groups into hierarchies. By the 19th century, the tenets had become crisply defined, with Europeans placing themselves as the top of the racial table. Race was claimed to be fixed by God or nature, and was used to justify economic, social and political power relationships, encompassing slavery, colonialism and anti-miscegenation laws.
Such thinking led, in the 20th century, to the justification of the Holocaust in the name of race science. It wasn't until the civil-rights movement of the 1950s and '60s that the linking of ancestry, biology and social hierarchy in the name of race was seriously challenged in the political sphere. As it happened, science would also come in on the side of shaking up received ideas about rigid racial boundaries.
We now know that biological variation among individual humans, while correlated with ancestry, stems from a variety of factors—genetic, environmental, cultural and behavioral. Widespread migration, urbanization and the relaxing of social boundaries over the past century has led to a vast number of people of mixed ancestry.
It is also true that, on average, people whose ancestors lived in the same place tend to be more closely related to one another than people whose ancestors lived in more distant locales. This shared ancestry can be detected based on differences in the frequencies of genetic variants across human populations. So, if the question of race is limited simply to whether our DNA contains information about where our ancestors lived, then genomic science can be said to inform thinking about race. But the history, legacy and meaning of race are more than biogeographic ancestry. The questions underlying the debate are the extent to which differences in characteristics among groups are determined by inheritance, can be shaped by environment and behavior, and are used to defend or attack social policies.
In recent years, we have started to learn about how specific genes contribute to variation in human traits. Commonly varying traits such as body weight and cholesterol levels and diseases like diabetes, cancer and schizophrenia are each influenced by a vast number of genes and by environmental factors. Nearly all genetic variants yet found to influence common human traits are either widely distributed across populations or vanishingly rare, existing only in a single individual or family.
A small proportion of genetic variants that influence diseases or traits are common in some places and rare in another, but these appear to be the exception and not the rule. Even where such genetic variants exist, they appear to explain only a small fraction of the variation in the trait within the population. Moreover, most differences in frequency of genetic variants have arisen by chance rather than natural selection. Even in special cases where natural selection can be evoked, differences track not with "racial" groupings but rather with the geographic range of an environmental exposure. For example, in the U.S., sickle-cell anemia is often considered a disease of African-Americans. But sickle cell is common in many places where malaria was once endemic, including Southern Europe and the Middle East.
In other words, attempting to draw conclusions about race from DNA evidence is a fool's errand. What is now becoming clear about genomics, as has occurred regarding race over the past few centuries, is the tendency of some to extrapolate from outlier examples to the general case, to cherry-pick examples that fit a thesis and ignore the rest, and to speculate on how biological observations might translate in the social and political sphere.
Genetics is becoming a Rorschach test, too often employed to support racial arguments or to debunk them. The fact that genetic data can be used to cluster people based on ancestry, and that ancestry is correlated with racial labels, tells us nothing new about how human characteristics are shaped by environment, or about the social meaning of "race." No data have yet documented a role for genetics in the social or political characteristics of human populations, other than the obvious fact that discrimination continues and is often based on skin color and surname, both of which are inherited.
We are all curious about our origins and the origin of our individual traits, and science is racing ahead to reveal these fascinating genetic stories. But we shouldn't let the current focus on DNA dominate the vital discussion of race and society. We must embrace the conversation being sparked by what genetics teaches us about human variability—and if someday we learn uncomfortable truths, we must deal with them. But in doing so we should stick to the facts, both historical and scientific, and call out rampant speculation and biased arguments wherever they may be found.
Dr. Altshuler is deputy director of the Broad Institute of Harvard and MIT and was a leader of the HapMap and 1000 Genomes projects on genetic variation. Mr. Gates is the director of Harvard's Hutchins Center for African and African American Research, co-founder of AfricanDNA.com and executive producer of the PBS program "Finding Your Roots."
Publicado por salud equitativa en 7:32