The Mermaid's Tale: Nature vs nurture, and human behavior: where’s the science?

The Mermaid's Tale: Nature vs nurture, and human behavior: where’s the science?

Nature vs nurture, and human behavior: where’s the science?

By Ken Weiss
Despite more than a century of work in genetics, sociology, psychology, anthropology, economics, and other disciplines that focus on human behavior, the turning of the Nature-Nurture cycle continues.  Is human behavior hard-wired in our genomes or is it a pattern of responses created from birth onward by experience?  How can it be, given the masses of data that state-of-the-art science has produced, and the quantity of ink that has been spilled to answer the question, that neither side yields an inch?  Indeed, how can their still be sides?

We can express the debate roughly as follows:

Does there exist in every human being, underlying behavior that is shaped by the social influences around him/her, an inborn predisposition that education might modify, but cannot really change? Is the view that denies this and asserts that we are born with tabula rasa, totally molded by life experience, asserted by people who have not recognized the obvious fact that we are not born with blank faces—or who never compared two infants of even just a few days old, and observed that those infants are not born with blank temperaments that can be molded up at will? Is there, essentially open-ended variation among individuals, genomic causes of behavior, that cannot be over-ridden by a person’s life experience? Is experience ever the key to understanding a person’s behavior, or can genomic knowledge predict the nature of each person?

The prevailing view in our current age, in love as it is with technology and genomics, the Nature view, invokes Darwinian evolutionary theory as its justification for genetic determinism, and asserts that if we do enough genome sequencing, individual behaviors will be predictable from birth, much as the view in the biomedical community that argues that disease risk will be predictable from birth.  In anthropology, this view goes by the rubric ‘Human Biodiversity’, the assertion that is the bio component that drives our diversity, as opposed to our culture and environment.  This is extended to the argument that Darwinian theory implies that different ‘races’ necessarily are different in their inherent skills, temperaments and the like just as they are in their skin color and hair form.
Opposed to that is the Nurture view that argues that some physical traits and disease predispositions have genetic components, but that our basic nature and behavior are molded by our social, political, and economic contexts.  This view argues that measures of value and achievement, and behaviors leading to economic or family success or to addiction and antisocial behavior, are social constructs rather than reflections of hard-wired natures.
There is nothing new here, and in reaction to the eugenic movement and the Nazi horrors, which were rationalized in terms of Darwinian inherency, there was a strong turn towards what was coined as tabula rasa, the view that early experience makes us what we are.  This was how psychology was generally taught in the post-war generations.
Both views can be traced back to precursors, including Freud and many others for the Nurture side and of course Darwin and his relative Francis Dalton on the Nature side.  However, we areafter all supposedly in the Age of Science, and it is a bit surprising that we have not moved very far at all with respect to the Nature-Nurture question.
Another way to say it
In fact, that lack of progress, despite enormous investment in supposed scientific research to answer the question, explicitly or implicitly, is not hard to document.  And the documentation goes beyond the ivory labs of scientists, to the broader public, where it has been of interest for more than a century.  Here is a way to express the same question, which I have just chanced upon:

Does there exist in every human being, beneath that outward and visible character which is shaped into form by the social influences surrounding us, an inward, invisible disposition, which is part of ourselves, which education may indirectly modify, but can never hope to change? Is the philosophy which denies this and asserts that we are born with dispositions like blank sheets of paper a philosophy which has failed to remark that we are not born with blank faces—a philosophy which has never compared together two infants of a few days old, and has never observed that those infants are not born with blank tempers for mothers and nurses to fill up at will? Are there, infinitely varying with each individual, inbred forces of Good and Evil in all of us, deep down below the reach of mortal encouragement and mortal repression—hidden Good and hidden Evil, both alike at the mercy of the liberating opportunity and the sufficient temptation? Within these earthly limits, is earthly Circumstance ever the key; and can no human vigilance warn us beforehand of the forces imprisoned in ourselves which that key may unlock?

Where does this somewhat stilted form of the issue come from?  It’s from  Wilkie Collins’ bookNo Name, published in serial form in Charles Dickens’ journal All The Year Round, 1862-3, just 3 years after Origin of Species (but with no reference to it, and Collins was not involved in science discussions at the time).  That was about 150 years or six generations of science ago! 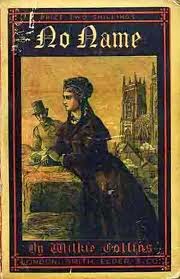 No Name is a neglected masterpiece, a compelling novel about social conditions in England at the time (related to rules of inheritance, marriage, and illegitimacy.  It was not a commentary on science, but this paragraph reflects an essentially totally modern expression of the very debate that still goes on in the world generally, and in science specifically.
Where we are today
We have tons more facts, on both sides, but not a whit more nuance in the generally expressed views on the subject.  Indeed, do we have much more actual science or is each side just enumerating some additional data, often that barely deserves being called 'fact'?  One major reason for the persistence of no-answers is the inordinately dichotomous world-views of scientists, predilections based on various aspects of their technical specialties but also on their sociopolitical views.  Another reason is simply the tribal nature of humans generally, and in particular that of opinions about issues that affect societal policy, such as where to invest public funds in regard to things like education or welfare, how one views social inequality, the origins of proper (socially admired rather than antisocial) behavior, and the like.  We all have our perspectives and our interests, regardless of whether we work as scientists or in other occupations.  In light of this discussion I probably should be asking whether my world-view and career in science is the result of my genes, or the fact that there were lots of jobs (and science was more fun and less about 'productivity' and money than it is now) when I got my degree?
Not everyone sees this question in a completely polarized way, but instead propose Nature viaNurture or other acknowledgements of the role of both genes and environment (an obvious truth, since DNA is in itself basically inert), but if you look carefully you'll almost always be able to detect their political beliefs, and thus their predilection for one side or the other.  They pay lip service to environment but basically want to do a lot of DNA sequencing (or tests for 'epigenetic' changes in DNA), or they want to do sociological studies and minimize the genetic component (or opportunistically say they're testing a given variant in many environments).  We are all being trained as specialists with particular interests and science in general has been based on an enumerative reductionist approach that is not good at integrative studies of complex interactions.
The bottom line for me is that we should all recognize the uncertain nature of the science, even perhaps that science doesn’t pose its questions in ways that have scientific answers. But we also should recognize that behavior and attitudes towards it affect how society allocates resources, including status and privilege and power hierarchies.  For that reason, scientists should treat the subject with a bit more caution and circumspection—much as we do things like experiments testing whether genetic engineering of viruses could make them more pandemic, and other areas where what someone does in a lab, for curiosity or any other reason, can spill over to have implications for the lives of the rest of us—who are paying the bills for that science.
However, for the same reason that the research affects society, we can’t expect scientists, who are privileged members of that society, to monitor themselves.  And the persistence of the same important questions, from the beginning of the scientific age to the present, should teach a lesson in humility as well.
Publicado por salud equitativa en 5:59