Family diversity and its children: the next equality debate | MercatorNet

Family diversity and its children: the next equality debate

Family diversity and its children: the next equality debate

Changes in marriage and family life result in inequality for children. 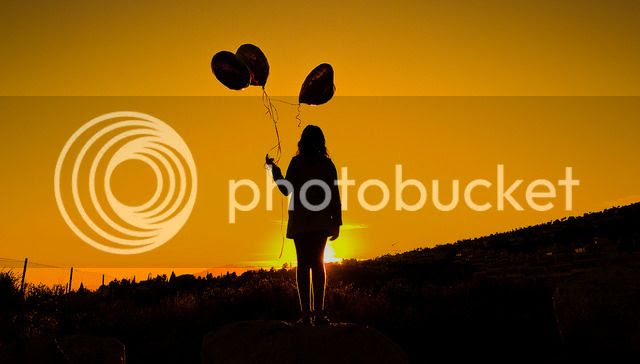 Marriage, family and sexual equality are subjects that have all been extensively aired. Ironically, the discussion is often led by people who are creating another form of inequality, that foisted upon the children of new versions of the family.
In a special report for the Ruth Institute, Marriage and Equality: How Natural Marriage Upholds the Ideal of Equality … for Children, Jennifer Johnson describes her own experience of the inequality of a broken home, and challenges society to face the injustice that children suffer when only adult desires are taken into account. The following are slightly edited excerpts from her essay.
* * * *
I was not raised with my own married parents. My parents divorced when I was three and went on to subsequent marriages, divorces, different children, a lot of back and forth between “two homes,” and a lot of chaos.
Reflecting on this experience in the light of the “marriage equality” debate I have come to understand better one of the fundamental flaws in the argument for same-sex marriage, and at the same time the flawed arguments for divorce, donor conception, surrogacy and other departures from natural marriage: the inequality these create for children.
I define “natural marriage” as life-long marriage between one man and one woman who are open to procreating their own children through their lovemaking.
Diagrammatically I represent these relationships as an inverted triangle, with the couple’s child or children at the third point of the triangle. This triad, I argue, in line with social science evidence, is the family structure that best ensures equality for children – equality of love, belonging, identity and security. 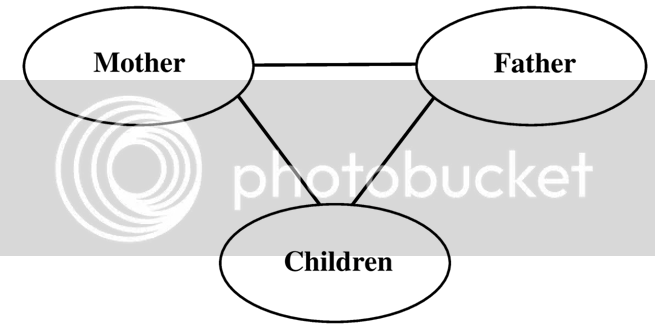 That’s a type of equality that people don’t talk about so much, but it is real. And there are other equalities that flow out of that one. When the family breaks down or doesn’t form according to the triad, the inequalities for children multiply. Here are three ways this happens.
Two half-time dads do not equal one full dad
When I was growing up, my parents were divorced, so I spent my entire childhood doing the back-and-forth thing between “two homes.” They also both remarried. So in each of those places, I had a male father figure. So I had two half-time dads, a dad and a step-dad.
I was about twelve when I consciously understood that my two half-time dads did not equal one dad. To a casual observer, it might seem as though me being with each of them for half-time would be the same as having one whole dad.
But it was not.
I am not 100 percent sure how I came to this realization, but I do remember thinking it as I stood in the driveway one day. I also remember feeling terrible about the messed-up nature of my family, how alone I was in it, and how it was never going to change. 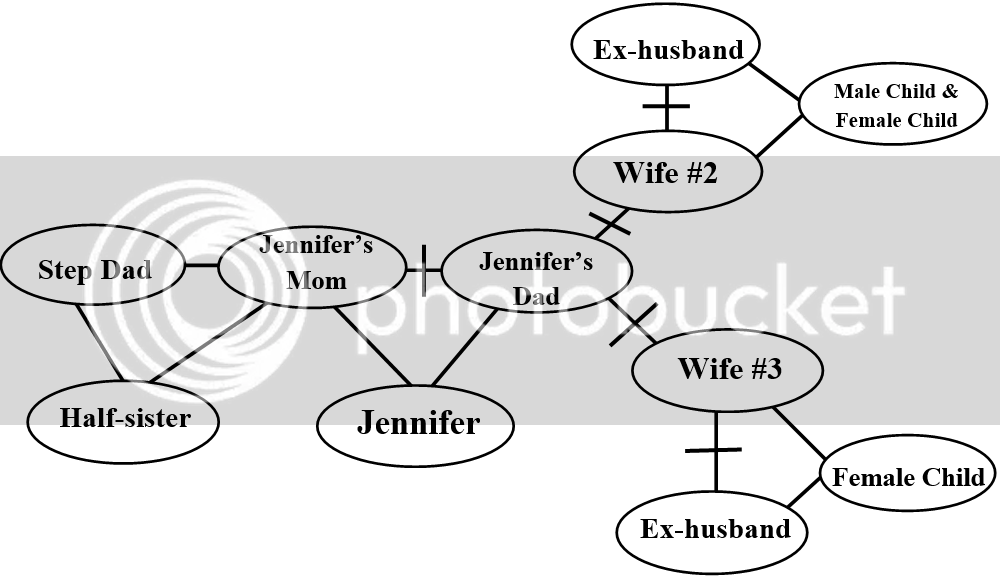 Jennifer Johnson's family situation
Perhaps I came to this realization because I was an eye-witness to what an intact family and a full-time dad looked like. My step-dad was a full-time dad to my half-sister. She lived with both her married parents, my mom and my step-dad. I could see quite clearly that what she had and what I had were two very different things.
In each home, I was required to pretend that my other parent (and that parents’ family) did not exist. So while in my mother’s home, I had to pretend that my father and his family did not exist, and while in my father’s home I had to pretend that my mother and her family did not exist.
Family photos of other people’s whole families were on the walls, but not of my whole family. Group family photos were taken and hung on the walls, but I wasn’t in them.
I was the only one who had divided Christmases, divided birthdays. I’ve seen this referred to as “Two Christmases,” or “Two birthdays” in some divorce literature. These are euphemisms. My dad wasn’t welcome on Christmas morning, and my mom wasn’t welcome on Christmas Eve. I don’t think either of them would have come, had they been invited. They were too busy with their new families. And when I got a little older and my parents lived further apart, I traveled alone during the holidays to see each of them. Nobody else traveled alone during the holidays to see ex-family members.
Just to show the reality of this, recently my dad’s sister met my step-dad’s brother. Quite innocently, he remarked, “I didn’t know Jim (my dad) had a sister.” Of course. How would he know? My dad had three sisters, but I never talked about them. I think my aunt felt a little slighted, but I had to explain to her that we just never talked about them.
While all of this was going on, I acknowledged everybody’s mother AND father and their whole families.
Missing donor dads and moms
I know there will be some who are tempted to think that my experience is unique to me, but it is not. It is the dynamic of what happens when genetic parents reject each other.
Something similar happens in other non-triad arrangements.
Kids who are conceived from anonymous sperm, or anonymous eggs – as in a single-mom-by-choice household or gay household -- have to pretend that half of who they are does not exist.
If the parents were raised inside the intact triad, then there is an inequality between the parents and the children. There are two different standards being applied. The child must pretend that half of himself does not exist, while the child’s parents don’t have to do the same. The child acknowledges those parents, the grandparents, their aunts and uncles, but one half of that child’s genetic family has been discarded, and is not acknowledged by those same people.
When full family acceptance is a two-way street, that is equality. The parents are treating the kids the same way that the kids treat the parents. Everybody’s full families are acknowledged.
When full family acceptance is a one-way street, that is inequality between the generations. The older generation gets preferential treatment. The younger generation just has to accept whatever acceptance of that other family that the adults “choose” to give, which is zero.
Social bias towards adults’ happiness creates injustice
Not only does the inequality happen on the level of the family, it happens in the wider culture. The child lives under a burden and is not allowed to feel anything negative about the particular family form that was chosen for him. If he feels grief about missing half of himself, it is “disenfranchised grief,” grief that is not acceptable to the wider culture.
Our culture is profoundly concerned about adults and their happiness in their marital, sexual and reproductive choices. But we fail to understand that when we redefine all of those things to expand those choices, the children must live under structural inequalities, double standards and unreciprocated demands.
Adults’ happiness with their family structure choices as adults is more important than their happiness as children regarding those same things.
All of this is going on, even in the face of all the social science data saying that kids fare best with their own married parents.
It is a strange sort of “win-win” for people to be raised with their own married mother and father, then grow up to champion unequal family structures for the next generation, including for their own children.
Our grief about these injustices is not acknowledged, since the injustice itself is not acknowledged. But those of us who experienced it deserve to be healed of our pain, just like everybody else who has pain.
Part of that healing is having the freedom to talk about it without being judged, free to develop language and concepts to understand it better, and free to advocate for policies that will prevent it from happening to others in the future.
That is a kind of equality that we are now denied. While it is true that we can go to therapy for our issues, the entertainment complex, the legal community, and the business community are actually going in the opposite direction. Increasing forms of “family structure diversity,” really means “entrenched disregard for natural marriage and the family founded upon it.”
You can decide who to listen to, but I suggest taking into account those who have actually lived it, as children. Be sure to listen very carefully to what they say.
Jennifer Johnson is Associate Director of the Ruth Institute, a California-based marriage advocacy organization. Marriage and Equality is available in paperback and as a Kindle e-book.
- See more at: https://www.mercatornet.com/family_edge/view/family-diversity-and-its-children-the-next-equality-debate/19487#sthash.V7eEm9SF.dpuf

One of the most tedious words in the English language is “equality”. Racial equality, gender equality, marriage equality, economic equality – the chatter about these pious goals is endless. Yet all the while, new inequalities are born.
In our lead article today Jennifer Johnson talks about the real and distressing inequality that she, and many like her, experienced growing up in a broken family – and that many children continue to experience in ways undreamed of at the beginning of the sexual revolution that made it all possible. Until we begin seriously to address this inequality, which causes children so much suffering, we should cease and desist from talking about any other.
A word about the feature asking whether humanity should colonise other planets, assuming it becomes possible. We have run the piece because provides an interesting survey of the literature and film on this theme and poses a valid question. The answer, however, is not one we would agree with – at least not for the reasons given, which suggest a rather low view of our species. We look forward to your comments.
And a STOP PRESS: The editor has just forwarded me an AP story headed, “US applications for New Zealand citizenship jump 70 percent”. I am sure you can guess the reason, and it’s not just our majestic mountains. You can read the details for yourself here.