On January 24th, we announced a milestone in our efforts to expand access to quality, affordable health coverage to more people: Three million Marketplace enrollments through the first three weeks of January.
This afternoon, with the benefit of a full four weeks of January data, we’re able to paint a more holistic picture of enrollment to date: and it’s very, very encouraging news:

Click here to help us share it.
Through the end of January, nearly 3.3 million people signed up to get covered for private insurance through the Health Insurance Marketplace. We’re seeing a growing population of Americans who are young, healthy, and well covered, and these younger Americans are signing up in greater proportions. Nearly one in three Americans who have enrolled since October 1 are now younger than 35.
And in January, enrollment among young adults between the ages of 18 and 34 grew by 65% - more than all other age groups combined.  Overall, young adults accounted for 27% of all enrollees in January.  That’s up three percentage points from the end of December 2013. 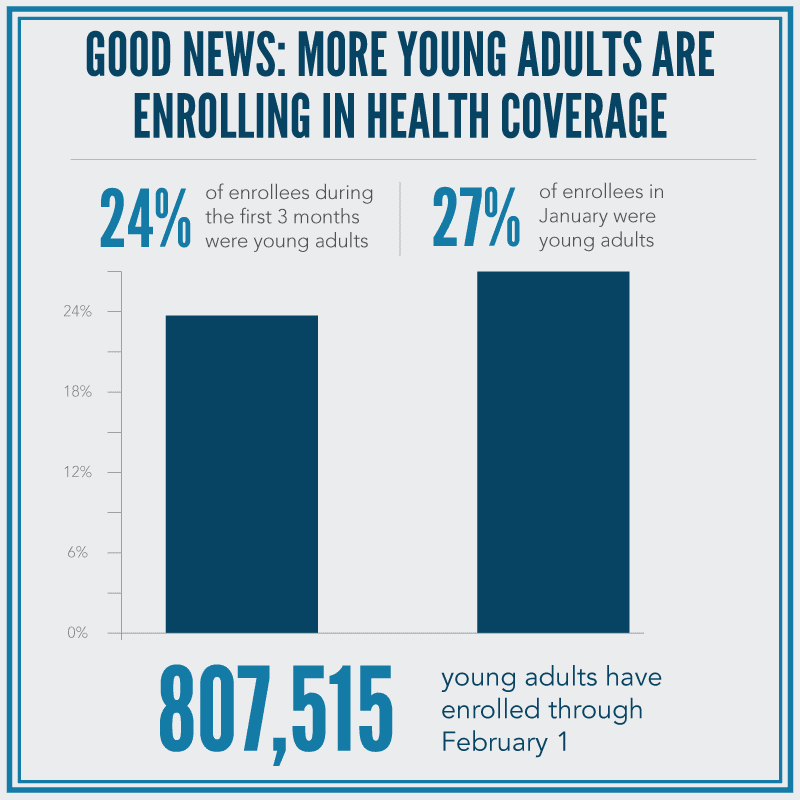 Behind today’s numbers are the stories from Americans across the country that are enrolling in new affordable health coverage. Since the beginning of open enrollment, I’ve had the opportunity to travel around the country and hear these stories. But the best person to describe what having new health insurance means is you: 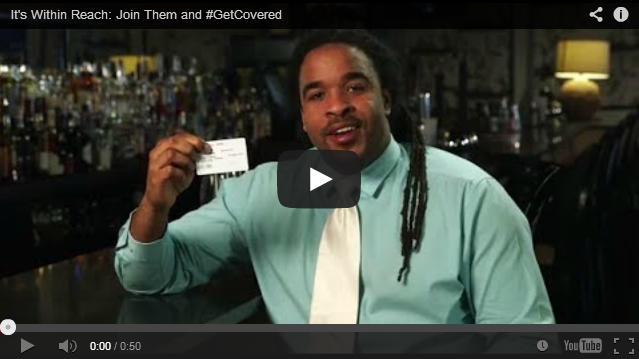 What does having new affordable health coverage mean to you? If you’ve already enrolled in coverage, share your story with us by clicking here.
We continue to work to ensure that every American who wants to enroll in Marketplace coverage by the end of the open enrollment period on March 31st, 2014, is able to do so—and enjoy the security and peace of mind that comes with having quality health coverage.
Besides enrolling online at HealthCare.gov, you can also enroll by phone at 1-800-318-2596/TTY 1-855-889-4325; by mail; or directly through an insurer, agent or broker. You can also find in-person help in your community at LocalHelp.HealthCare.gov.