2015 Special Enrollment Period Report – February 23 – June 30, 2015
The next open enrollment period for Marketplace coverage begins on November 1, 2015 for coverage starting on January 1, 2016. Some people can sign up for health coverage outside of open enrollment, before November 1, because they qualify for a special enrollment period (SEP). A consumer can qualify for a SEP for such circumstances as loss of health coverage, losing Medicaid eligibility, changes in family status (for example, marriage or birth of a child), or other exceptional circumstances.
This snapshot provides information about consumers who selected a plan between February 23 and June 30, 2015 through the HealthCare.gov platform, which includes 37 states with Federally Facilitated Marketplaces, State Partnership Marketplaces, and supported State-Based Marketplaces.

Nearly 950,000 new consumers selected a plan through the HealthCare.gov platform using a SEP between February 23 and June 30, 2015.

“Life changes are often impossible to predict, but access to affordable and quality health care coverage should never be. So far this year, nearly 950,000 people have gained the peace of mind that comes with access to coverage by taking advantage of a special enrollment period, providing us with further evidence that the Health Insurance Marketplace is working for America’s families,” said Kevin Counihan, CEO of the Health Insurance Marketplace. “We want people to know that if they lose a job, get married, have a baby, or experience other life changes, we’re here to help them find coverage they can afford.” 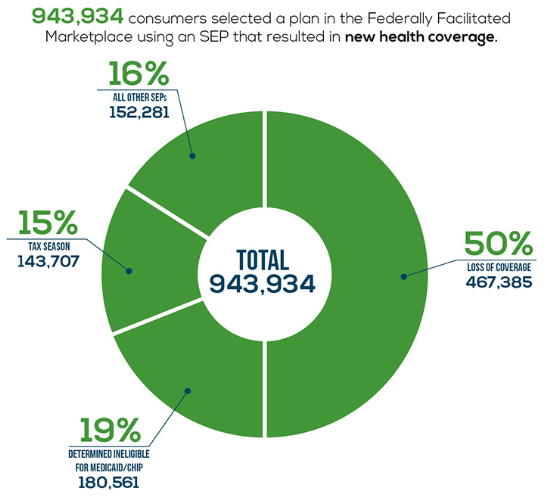 When we examine SEPs by age, we find that SEP enrollees are younger than those who selected plans during the open enrollment period (Table 2). This suggests that the Health Insurance Marketplace is providing valuable continuity in coverage for younger consumers as they transition between jobs, move off their parent’s health insurance plan, or experience other life changes, such as getting married or the birth of a child. 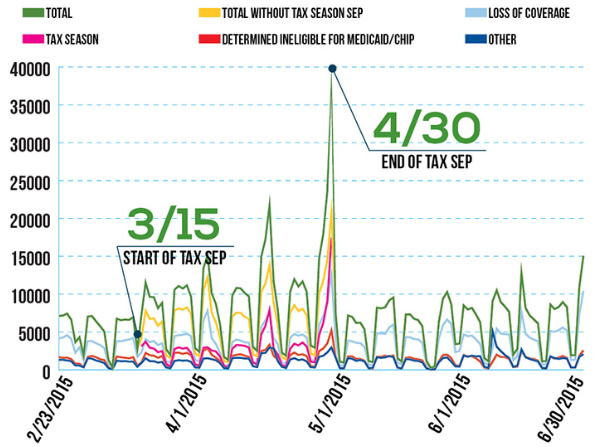 SEP Activity by State
Figure 2 illustrates differences in SEP activity by state for the 37 states using HealthCare.gov. For this comparison, we calculated each state’s SEP plan selections between February 23 and June 30 as a proportion of their plan selections at the end of the open enrollment period for 2015 coverage on February 22. Across all states using the HealthCare.gov platform, SEP plan selections averaged 10.7 percent of total plan selections at the end of the open enrollment period. As Figure 3 illustrates, there were differences by state on this metric ranging from less than 9 percent in Montana and Indiana to more than 14 percent in Oklahoma, Utah, North Dakota, Nevada, and Iowa.
Figure 3: SEP Plan Selections as of June 30, 2015 as a Percentage of Plan Selections as of February 22, 2015, HealthCare.gov States 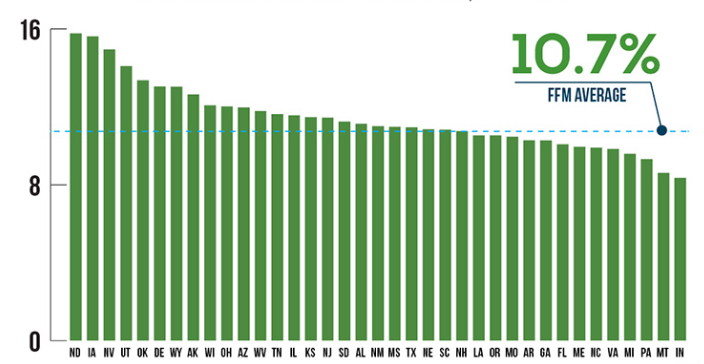