Race reemerges in debate over ‘personalized medicine’ - The Washington Post 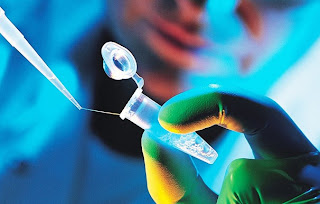 Federal examiners have rejected patents for genetic screening tests because the applicants did not explore their effectiveness for different races, adding to the debate about whether race has scientific validity in modern DNA-based medicine.

Some geneticists, sociologists and bioethicists argue that “black,” “white,” “Asian” and “Hispanic” are antiquated categories that threaten to revive prejudices. Others, however, say that meaningful DNA variations can track racial lines and that ignoring them could deny many benefits of “personalized medicine,” which aims to develop tests and treatments tailored to a person’s genetic makeup.

“Just because of past misuse — in eugenics and during World War II — doesn’t mean we should bury our heads in the sand and shy away from valuable technology that could be leveraged to benefit all of humanity,” said Esteban Gonzalez Burchard, who studies biological variations among races at the University of California at San Francisco.

Officials at the U.S. Patent and Trademark Office say they do not require applicants to delineate how well any genetic tests — including those looking for an increased risk for diseases — work by race. A search of more than 3 million patents over the past 20 years found only 37 that included any reference to race, they said.

“We recognize that race is a fuzzy concept,” said Jennifer Rankin Byrne, a spokeswoman for the office. “It’s the genetic marker that’s important, not the racial group.”

Jonathan Kahn, a law professor at Hamline University in St. Paul, Minn., discovered the patent rejections when he began sifting through applications, prompted by a 2008 patent office presentation that raised the race issue.

“Constructions of race as genetic are not only scientifically flawed, they are socially dangerous, opening the door to new forms of discrimination or the misallocation of scarce resources needed to address real health disparities,” Kahn wrote in a report in the journal Nature Biotechnology in May.

One patent examiner, for example, rejected an application for a colorectal cancer risk test because it had been studied only among Hispanic men.

“The idea that Hispanic is a coherent genetic category is just silly,” Kahn said in a telephone interview. “It’s one of the most diverse — genetically and culturally and historically — populations you can find. The idea that it is genetically definable and distinct is just irresponsible.”

Similarly, in 2009, an examiner rejected a patent for a test for a propensity for prostate cancer because it did not specify the risk the variation posed among different races, Kahn found.

And in 2010, an examiner denied a patent for a test for a genetic marker for asthma and eczema because it was vetted only in whites and Asians.

The prostate cancer and asthma rulings were reversed on appeal. But the colorectal cancer applicant narrowed the application to win approval.

“There’s no telling how many people will just give in and use race in a way that the scientists clearly do not think is an appropriate way to use race,” Kahn said.